Is a vigilante hacker trying to secure your IoT device from malware? The mysterious developer behind a growing computer worm wants people to think so.

Mirai -- a notorious malware that’s been enslaving IoT devices -- has competition. A rival piece of programming has been infecting some of the same easy-to-hack products, with a resiliency that surpasses Mirai, according to security researchers.

If you own a stuffed animal from CloudPets, then you may have been hacked.

China is patching a hole in its online censorship apparatus. The country’s regulators are going after unauthorized internet connections, including tools known as VPNs (virtual private networks) that can bypass China’s efforts to control the web.

The FTC accuses D-Link of manufacturing insecure routers and cameras

A Federal Trade Commission attempt to rein in a poorly secured IoT device is raising questions over whether the U.S. regulator has the power to crack down on vendors suspected of shoddy practices.

DNS Service provider Dyn said that Friday's massive internet disruption came from hackers using an estimated 100,000 devices, many of which have been infected with a notorious malware that can take over cameras and DVRs.

Xiongmai, a Chinese electronics component manufacturer, says its products inadvertently played a role in a massive DDoS cyberattack that disrupted major internet sites in the U.S. on Friday.

An IoT botnet is partly behind Friday's massive DDOS attack

Malware that can build botnets out of IoT devices is at least partly responsible for a massive distributed denial-of-service attack that disrupted U.S. internet traffic on Friday, according to network security companies.

A botnet responsible for a massive DDOS (distributed denial-of-service) attack was created thanks to weak default usernames and passwords found in internet-connected cameras and DVRs.

Stolen data obtained from music site Last.fm back in 2012 has surfaced, and it looks like hackers made off with accounts belonging to more than 43 million users. 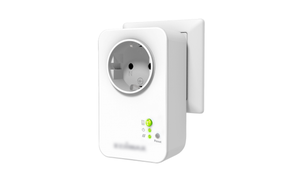 One smart plug isn't so bright when it comes to security

Smart sockets that let you control an electrical plug over the Internet may sound cutting edge, but they can also be rife with security flaws.