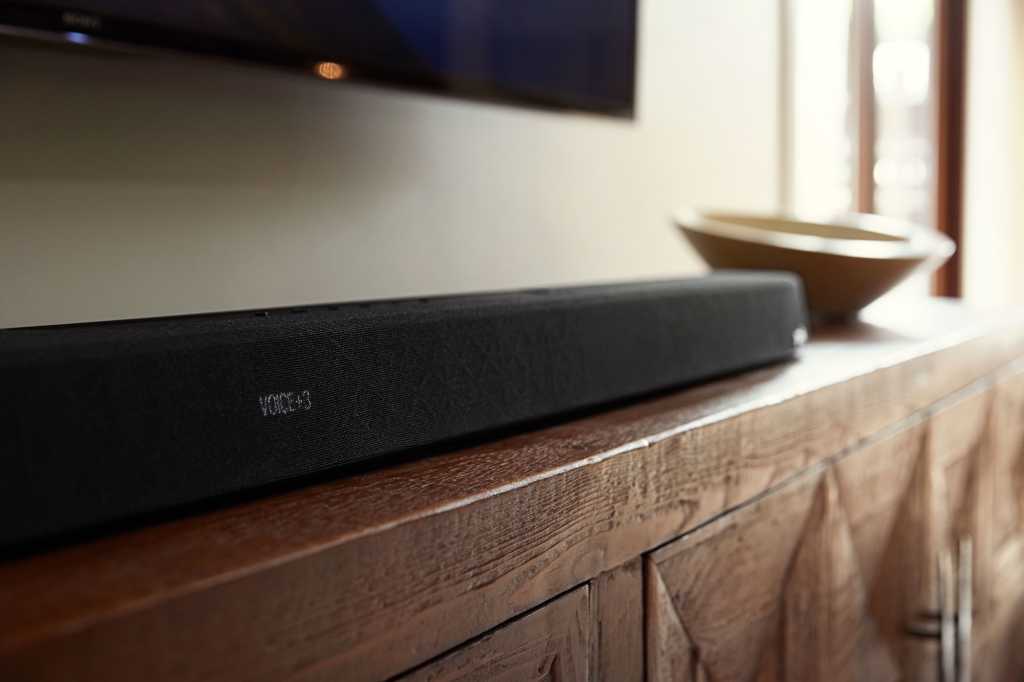 Polk Audio has been busy revamping its MagniFi series of soundbars, and now it’s tackling the top of the line with the MagniFi Max AX, a Dolby Atmos-enabled and Roku TV-ready model with an impressive 11-driver array.

The $799 MagniFi Max AX comes with 11 built-in drivers, including up-firing cones that bounce Dolby Atmos and DTS:X height cues off the ceiling. Also included is a wireless soundbar with a 10-inch down-firing woofer.

A second configuration of the Max AX, the $899 MagniFi Max AX SR, adds Polk’s SR2 wireless surround speaker kit, which retails for $199 on its own.

In addition to support for the object-based Dolby Atmos and DTS:X audio formats, the MagniFi Max AX packs the fourth generation of Polk’s SDA (Stereo Dimensional Array) technology, which widens the soundstage while cutting down on stereo crosstalk.

As far as audio casting goes, the MagniFi Max AX supports Apple’s AirPlay 2, Google’s Chromecast, and Spotify Connect. There’s also Bluetooth support for streaming tunes to the soundbar from your phone or another Bluetooth device.

The MagniFi Max AX gives you a choice of Movie, TV, and Music sound modes, while a VoiceAdjust and BassAdjust settings let you adjust dialogue and low-frequency effects respectively. For late-night listening sessions, Night Mode narrows the dynamic range of the sound.

Besides its audio features, the MagniFi Max AX is a Roku TV-ready soundbar, which means you’ll be able to complete setup and adjust settings using on-screen menus when the soundbar is connected to a Roku TV.

We’ll have a full review of the Polk Audio MagniFi Max AX once we’ve spent some time with a test unit.\