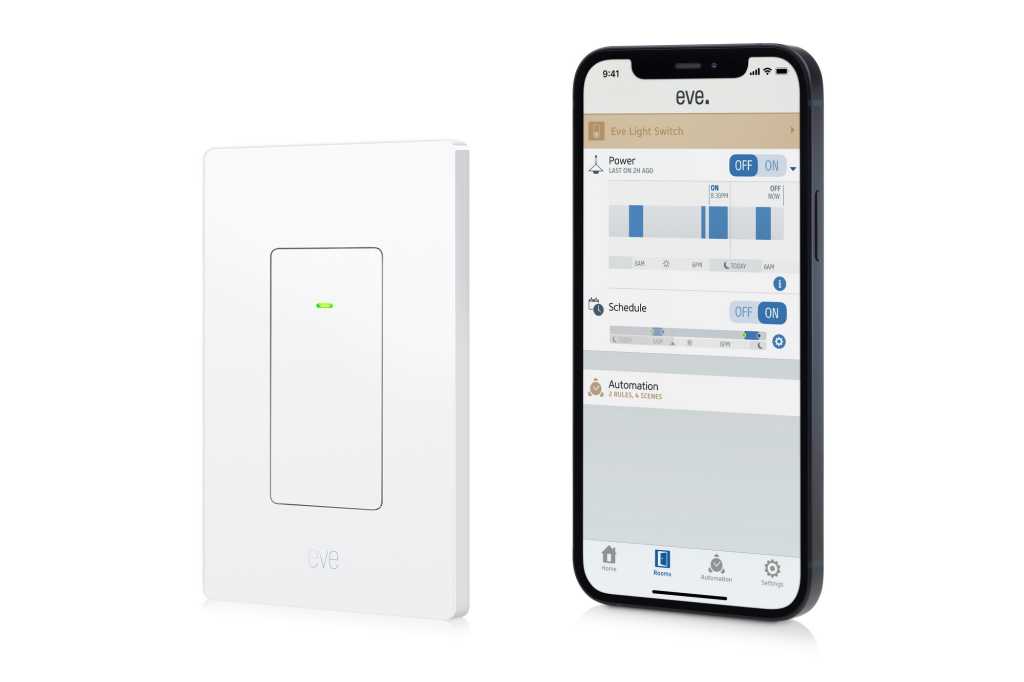 Germany-based Eve Systems is exhibiting a host of new smart home products at the IFA tradeshow in Berlin, including a new version of its Eve Light Switch, which has a Thread radio that will render the smart lighting control compatible with Matter when that platform launches later this year. It will remain an on/off device, however; it cannot function as a dimmer.

The third generation of the Eve Light Switch will be available in October for a list price of $49.95. Unlike previous versions of the in-wall switch, which were limited to single-pole installations, this new model can also replace a 3-way switch where a light can be controlled by more than one switch.

Unlike most of the 3-way smart switches we’ve seen to date, Eve’s device does not require you to replace any of the other existing switches on the line with an Eve Light Switch or even a less-expensive compatible companion switch. It will depend on the presence of a neutral wire in the box, as most—but not all—smart switches do.

Until Matter launches, the new Eve Light Switch can be controlled with Eve’s iPhone app, Siri voice commands, on a schedule, or with scenes—including scenes controlling other devices. The new switch will also act as a Thread router node, expanding your Thread network’s reach by forwarding data packets from other Thread-compatible smart home products. It will be available in white only, but it will come with a matching cover plate.

Eve Systems is also showing a new white edition of the HomeKit-compatible Eve Outdoor Cam it launched at CES in January 2022. This $250 home security device combines a 1080p security camera with a motion-activated LED floodlight. As with all HomeKit-compatible security cameras, the Eve Outdoor Cam uses Apple’s HomeKit Secure Video to encrypt live and recorded video from end to end, and stores all recordings in the user’s iCloud account.

Meanwhile, all image processing that’s done to determine if the motion was caused by a person, animal, or vehicle—or if a package has been left in its 157-degree field of view—is performed locally, on an Apple TV or Apple HomePod.