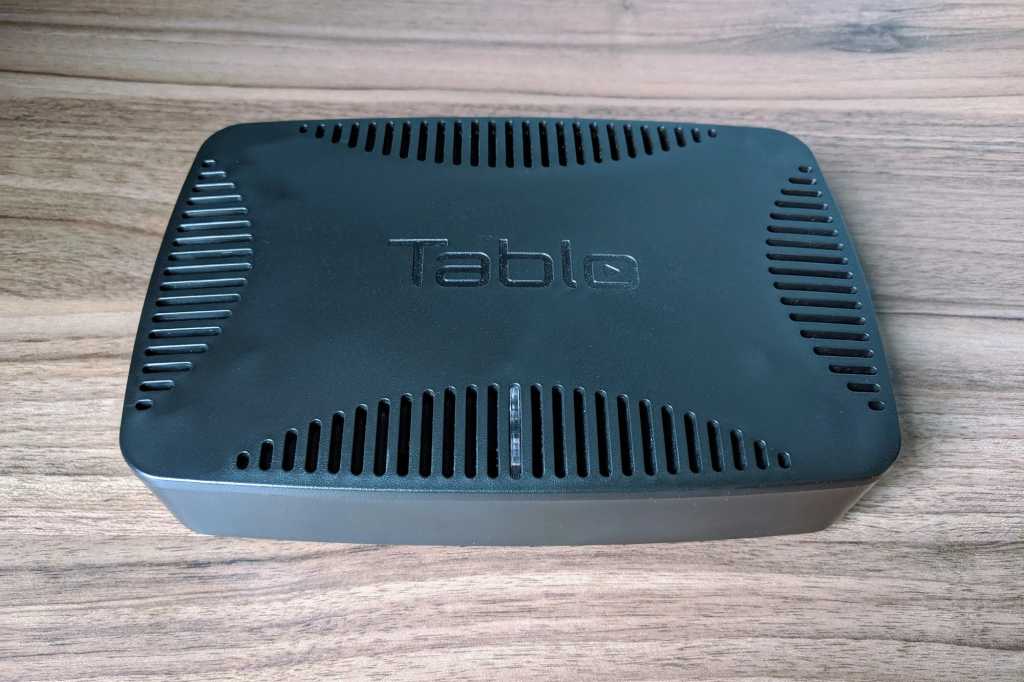 As the cost of streaming TV services keeps climbing, now’s a great time to revisit an antenna and over-the-air DVR as part of your cord-cutting strategy.

We’ve long recommended Nuvyyo’s Tablo DVRs as the best way to record broadcast channels, as they transform a single antenna into a whole-home DVR that you can access on practically any streaming device. And compared to alternatives such as AirTV and Plex DVR, Tablo has always hit a sweet spot for features and ease of use.

Over the summer, however, Tablo discontinued its ad-skipping service and stopped offering lifetime service plans, so it’s worth reappraising the value of these over-the-air DVRs. While Tablo DVRs are still a fine all-around option, the case for alternative solutions now a little stronger than it used to be.

Tablo’s networked DVRs do not plug directly into your TV, but instead stream video on the Tablo app on smart TVs, streaming players, game consoles, phones, tablets, and laptops (here’s the full Tablo compatibility list). This effectively gives you a whole-home DVR for broadcast TV, all from a single antenna, but it does require bandwidth of around 10Mbps per stream over your Wi-Fi network.

Here are those options:

The main downside with these models, aside from their bandwidth requirements, is that they don’t stream broadcast channels at their native quality. This is mainly noticeable on 480i and 1080i channels, where frame rates are limited to 30 frames per second.

Tablo’s HDMI DVRs, by contrast, can connect directly to your TV and include their own remote control; plus, they preserve your antenna’s full broadcast quality. Here are those options:

Like Tablo’s networked DVRs, these models can also stream to other devices around the house—and they preserve full broadcast quality while doing so—but device support is limited to just Roku, Fire TV, and Android TV. That means you can’t watch on your phone or computer, nor can you access local broadcasts from outside the home.

Tablo is also developing an HDMI model with support for ATSC 3.0, also known as NextGen TV, but this model won’t support streaming to other devices around the house. ATSC 3.0 is still in its nascent stages, with little content taking advantage of the new format, so I’d recommend avoiding this model for now.

Tablo subscription vs. other services

To get the most out of a Tablo DVR, you’ll need a guide data subscription, which costs $5 per month or $50 per year. Without it, you’ll miss the following features:

Prior to August 30, Tablo offered a lifetime guide data subscription, but it has discontinued that option for new subscribers, citing the need to pay for ongoing software and customer support. (Customers who already have lifetime subscriptions get to keep them.)

These changes make Tablo DVR less compelling feature-wise than Plex DVR ($5 per month, $40 per year, or $120 for life) and Channels DVR ($8 per month or $80 per year). Both of those services include automatic ad-skipping at no extra cost, and they also let you stream from an antenna at full broadcast quality, but they’re also a lot more complicated to set up.

For a deep dive into Tablo’s DVRs, you can check out our newly refreshed Tablo Dual, Tablo Quad, and Tablo HDMI reviews. Here, I’ll just offer a brief summary:

Performance: At the outset, Tablo’s interface can be painfully slow as it loads cover art and guide data. While this improves over time, you might still hit some annoying delays when loading Tablo’s “Prime Time” show menu or making changes to your recording list.

Channel load times: Because Tablo must transcode video before playback starts, expect initial load times of around six seconds. That said, Tablo will remember your recent channels and reload them instantly if it has the tuners to spare.

Playback features: Tablo offers a mini-guide for flipping through live channels, and you can pause or rewind live channels—up to the point you started watching—without having to record them first. Tablo also supports watching recordings-in-progress, so you can jump in partway through and fast forward through commercials.

DVR features: This is where Tablo really distinguishes itself from cheaper options such as AirTV and the Mediasonic HomeWorx. For series recordings, Tablo offers granular options such as start and stop buffer times, limits on how many recent episodes to keep, and controls over which channels to record from; plus, it still supports manual recordings for good measure. Tablo also alerts you to scheduling conflicts with red warning labels in the channel guide and DVR schedule, and it provides a menu for freeing up your tuners.

Once you’ve built up a recording library, Tablo has options to delete the full series, or just the episodes you already watched. All this means you have lots of control over your precious hard drive space.

Out-of-home viewing: This only works with Tablo’s networked DVRs—and even then, only on a subset of devices—and you must make sure to set the feature up before you leave the house. But at least in my latest tests on a Fire TV Stick, it worked without issue.

Should you buy a Tablo?

With the recent demise of Amazon’s Fire TV Recast and TiVo’s waning interest in DVR hardware, Tablo still occupies a sweet spot among over-the-air DVRs. Its whole-home streaming setup works with a wide range of devices, and its recording features are top-notch.

But without lifetime service plans or automatic ad skipping, Tablo’s footing isn’t as solid as it once was. For a subscription-free option, the $200 AirTV Anywhere might be good enough if you don’t mind more limited DVR options. And if ad-skipping is a must, the more technically elaborate setups of Plex DVR or Channels DVR may be worthwhile.

It’s worth noting, however, that none of those products come from companies whose sole business is over-the-air TV. Hopefully the folks at Nuvyyo can harness that antenna enthusiasm into new ways of standing out against the competition.

Check out my Cord Cutter Weekly newsletter to get more advice like this every week.