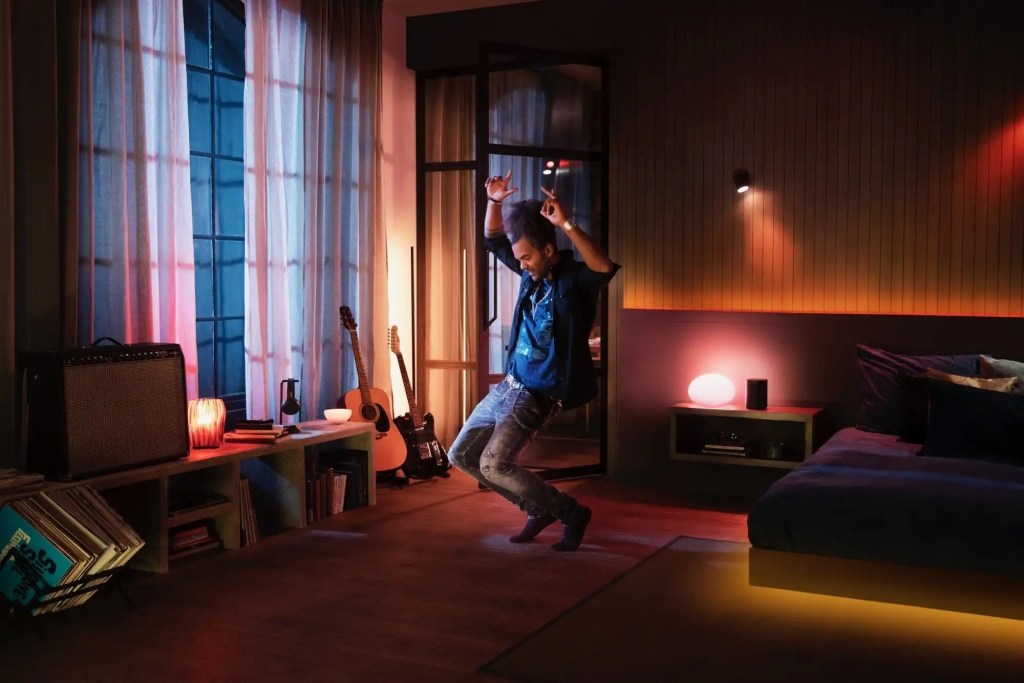 It’s been precisely a year since Signify-owned Philips Hue announced that its lights could start syncing with Spotify tunes. Now comes news that Hue lights can sync with any music service, but there’s a pretty significant caveat.

At an IFA 2022 press briefing on Tuesday, during which the smart light brand unveiled new bulbs, a PC light strip, and an “away” feature, Philips Hue announced a new partnership with Samsung SmartThings that will enable Hue lights to sync with the tunes on your phone.

So, what’s the catch? You’ll need a Samsung Galaxy phone to make the music-syncing trick work, leaving iPhone, Google Pixel, and other non-Samsung users out in the cold.

The new music syncing feature is slated to roll out to the SmartThings app in the fourth quarter of 2022.

Prior to the release of Hue’s Spotify integration last year, the only way that Hue users could sync their lights with music was through various third-party apps that employed a phone’s microphone to capture nearby audio.

The Spotify sync feature for the Hue app is far more sophisticated, using metadata from Spotify apps along with an algorithm that creates a “light script” based on the songs mood, genre, and tempo.

Neat, but the downside of the Hue’s Spotify integration is that it only works with Spotify. With the SmartThings integration, Hue users will be able to sync their bulbs with any tunes, albeit without the precision provided by timestamped metadata.