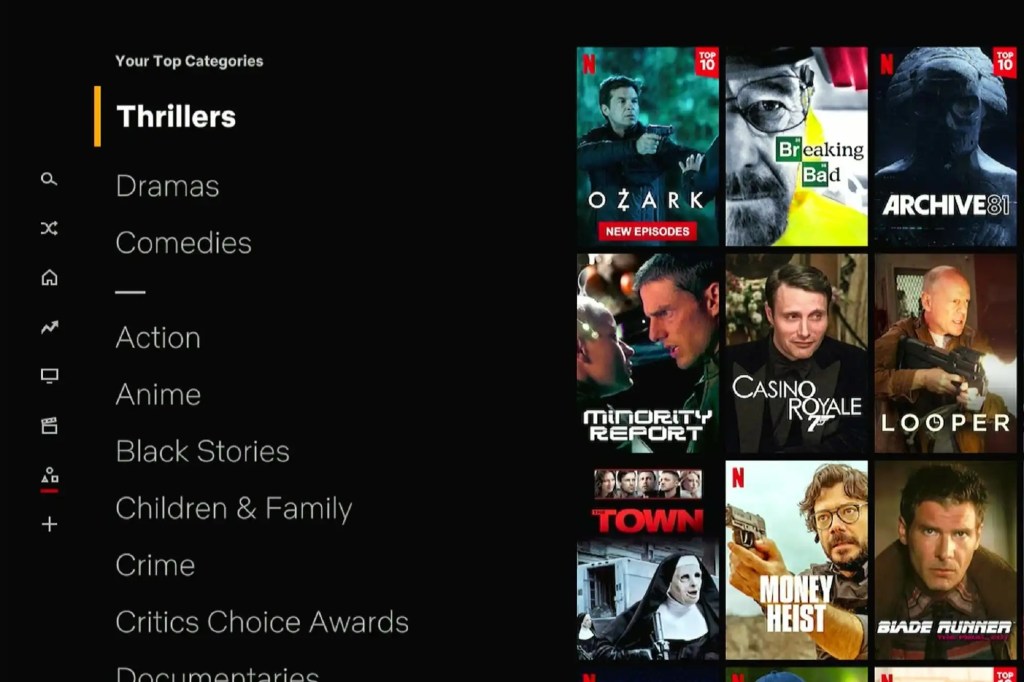 Netflix is reportedly mulling a monthly price for its “with ads” plan that’s in the same ballpark its biggest competitors.

According to Bloomberg (by way of Deadline), Netflix is considering a $7- to $9-a-month range for its ad-supported plan. That would pretty much line up with Disney+, which will charge $8 a month for its “with ads” plan when it debuts on December 8, while HBO Max with ads costs $10 a month.

The Bloomberg report doesn’t reveal Netflix’s plan for the video resolution of its ad-supported tier.

Meanwhile, there’s already been (not unexpected) talk that the Netflix “with ads” plan wouldn’t allow users to download titles for offline viewing.

One detail that has been announced about Netflix’s ad-supported plan is that it might not offer all the content available in the streamer’s ad-free plans.

That’s because Netflix licenses many of its movies and TV shows from third parties, and the deals for those videos would need to be renegotiated before Netflix streamed them with ads. Netflix Originals such as Stranger Things and Ozark would be included in the ad-supported tier.

Netflix says it plans on launching its ad-supported plan in “early 2023.”

The streaming service hatched its “with ads” plan after it admitted to losing subscribers in the first and second quarters of 2022, the first time that had happened in a decade.