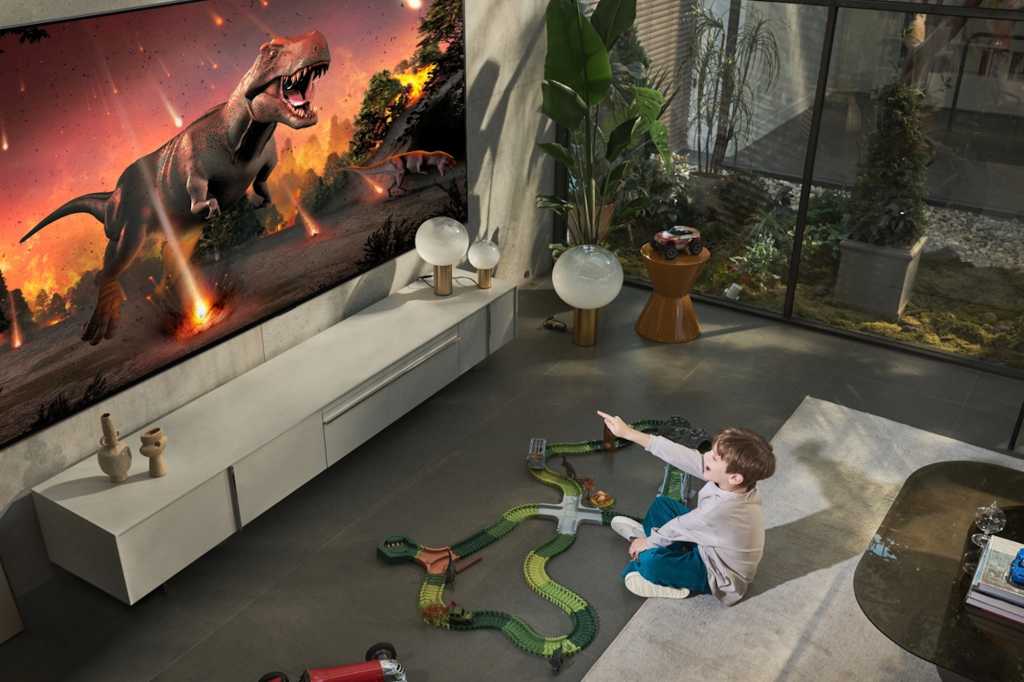 Then again, heavy competition from RGB OLEDs from both Samsung and Sony might reel in the price somewhat. Okay, let’s guess $8,500 and you can tell us how we did when the price is announced.

With 97 inches in play, LG can now offer customers OLEDs of various quality in everything from the 42-inch $1,300 non-Gallery Evo, to the 48-inch, $700 A1, to the aforementioned big daddies. We should mention that even lesser OLEDs are fantastic.

The 97G2 features the latest in LG’s WRGB OLED tech, which–while not as lush with color as RGB OLED–is in many cases more accurate, especially when rendering white. LG’s Alpha 9 5th-generation processor will power it, and LG’s excellent display algorithms will of course be on hand to render video at the highest quality. This ginormous TV also features the same super-thin, hug-the-wall form factor of the other Evo Gallery TVs.

LG will be showcasing its latest wares, including the 97G2, at IFA 2022 (September 2-6) in Hall 18, Messe Berlin. If you happen to be in the area and are interested in massive, self-emitting displays, stop in and take a peek.