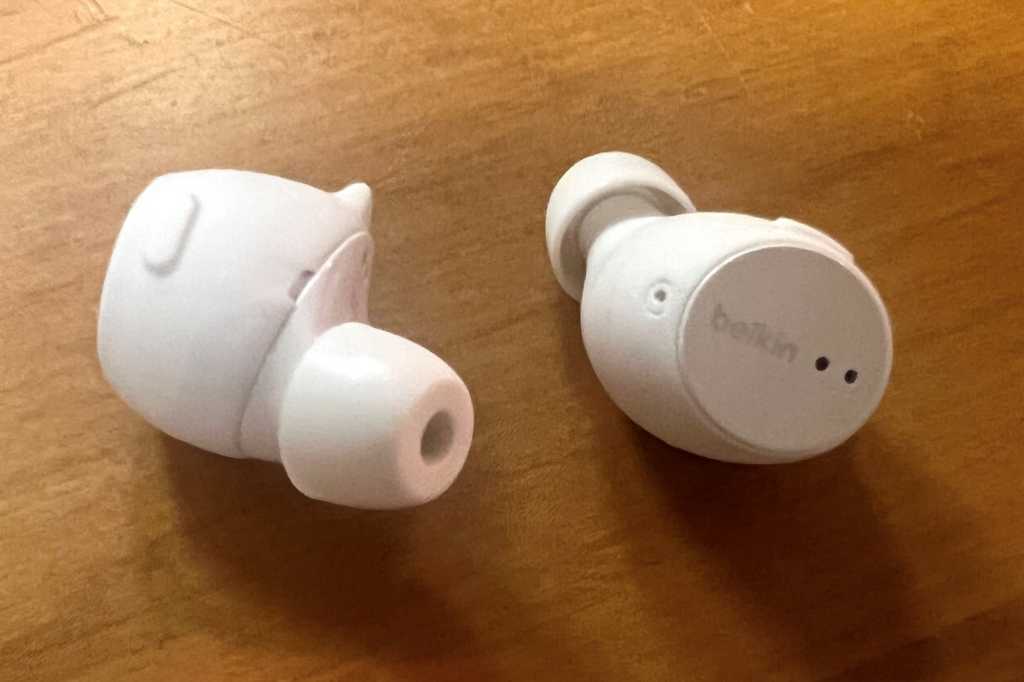 The Belkin Soundform Immerse earbuds’ compatibility with Apple’s Find My network might make them perfect for some iPhone users, but their audio quality is nothing special.

Belkin has long been committed to accessories designed to work with Apple’s iPhone and other mobile products. When Apple launched the Lightning connector in 2012, Belkin was quick to market with a line of Lightning accessories that conformed to Apple standards.

Belkin entered the audio accessory market in 2019 and now manufactures headphones, earbuds, and speakers. The new Soundform Immerse noise-cancelling in-ear headphones are Belkin’s latest audio product. The company is pushing the Soundform name as it looks to establish itself as a company with real audio chops, much like Anker has done with its successful Soundcore line of speakers and headphones.

The killer feature here is that the Immerse headphones are designed to work with Apple’s Find My network, leveraging the massive number of iPhones in the world to help you locate a pair of lost earbuds. The implementation is fantastic, but how does the sound of these earbuds rate in a very crowded market?

This review is part of TechHive’s in-depth coverage of noise-cancelling headphones.

Are the Soundform Immerse well built?

The Soundform Immerse earbuds are available in a gloss black or white finish. The white is a close match for the color of AirPods and other Apple accessories, continuing a Belkin tradition of Apple vibes that makes some customers wonder whether Belkin is a division of Apple. The case is a bit larger than what you might expect at 1.97 x 3.94 x 5.12 inches.

The Immerse feature hybrid active noise cancellation with three microphones per earbud (two external and one internal) to utilize a combination of feedforward and feedback processing. The earbuds support the aptX HD codec for 24-bit resolution at sampling rates up to 48kHz.

Each earbud has 12mm dual-layer drivers with neodymium magnets. The Immerse feature a frequency response from 20Hz-20kHz and a sensitivity rating of 98dB SPL. They use the Bluetooth 5.2 standard and work with the A2DP, HFP and AVRCP profiles and support connection to multiple devices at once.

The Immerse offer 8 hours playback from each earbud, plus another 28 hours of battery time from the charging case. The case works with Qi charging or can be plugged in to charge with the included USB-C cable. In a pinch, a 10-minute charge gives the earbuds a full hour of playback. The earbuds are rated IPX5 for protection from sweat and rain.

These are all solid specs for a pair of earbuds that’s getting up into the premium price range, so everything’s good so far.

What happens if you lose your Soundform Immerse earbuds?

The best thing about the Soundform Immerse is the way in which Belkin has implemented Apple’s Find My technology and introduced its own Ping My Earbuds feature. If you’re the kind of person who needs this feature, you’ll really enjoy this option.

Ping My Earbuds is fantastic. If you misplace an earbud and it’s in range, you can go to the Locate Device setting in the Soundform iOS or Android app and select either left or right earbud and that earbud will start beeping and get progressively louder until you find it.

Should you be a person who takes their earbuds out and puts them directly in the case? Well, of course, that’s the ideal. But if you’re coming home with a load of stuff or squirming kids, sometimes those earbuds don’t exactly go back where they belong. Ping My Earbuds is a perfect solution.

Apple’s Find My network can help you find a missing case and alert you when you leave it behind. Once you connect your Immerse earbuds to Apple’s Find My app, you can control your settings in the Items tab.

Another great option is the Left Behind setting that alerts you when you leave your earbuds behind. It automatically excludes home from the Left Behind notifications and you can add an office or other place to the excluded list. Belkin has added a Bluetooth radio in the case, so this function gave consistently reliable readings.

There’s also Apple’s Lost Mode. If the Find My Network isn’t locating your case, activate the setting to get a notification when the case shows up on Apple’s network. It also links the Soundform Immerse to your Apple ID and prevents anyone else from pairing with the earbuds. You can also create a message with your email or phone number that will pop up on the device of anyone who finds your lost case.

How do you control the Soundform Immerse?

Another great feature is the way listeners can use a physical button on each earbud to control noise-cancelling settings and Belkin’s Hear-Thru mode. The buttons are satisfyingly clicky and, if you’ve paused the music, play a distinctive tone when cycling through the noise-cancelling, Hear-Thru, and off modes.

The Soundform Immerse’s touch controls are much less satisfying to use. Default has volume control a single tap (left side: volume down, right side: volume up), play and pause a double tap, and skip forward or back a triple tap (left side: previous track, right side: next track). The touch controls were glitchy at best and somewhat improved for me after I made the play and pause control a single tap, but they were more irritating than useful.

Is there an app for the Soundform Immerse?

Things improve when using the Soundform app, available for iOS and Android. Belkin created several custom settings it calls Scenes. You can choose between Default, Immerse, Voice, Relax, Aware, and Watch. Immerse has a turntable icon, Relax has a crescent moon icon and Watch has a movie clapper icon, so you can figure out what those are for.

If you’re eager to experiment, the app allows you to adjust any of the EQ presets, give your new creation a name, and save the result as a personal Custom EQ setting. You can save up to five custom EQs, so tweak away.

The app also has settings that allow you to turn on Auto Pause when removing an earbud, activate a Gaming Mode to reduce latency, turn on Multipoint connection and active Mic Monitoring, which automatically turns on hear-thru when you speak on a phone call.

How do the Soundform Immerse sound?

There’s nothing special about the sound of these earbuds, but they get the job done. While they don’t deliver a memorable listening experience, they’re certainly not bad in any way. Let’s try a comparison with cars. The Ford Taurus and Toyota Camry are both sensible cars that do an efficient job of getting around but it’s hard to imagine anyone telling you how much they love how they look or drive.

The 1More Evo and Soundcore Liberty 3 Pro are ANC earbuds in the same price range that deliver a far more detailed and dynamic listening experience. For a few dollars more, there are the Sony WF-1000MX4, Beyerdynamic Free Byrd and even the Apple AirPods Pro in-ear headphones for listeners who really care about the best music reproduction.

None of those earbuds have as good an implementation of the Find My network. If that’s the feature that’s important to you, the Soundform Immerse earbuds sound fine. It’s just that they’re nothing special.

better sound, but easier to lose 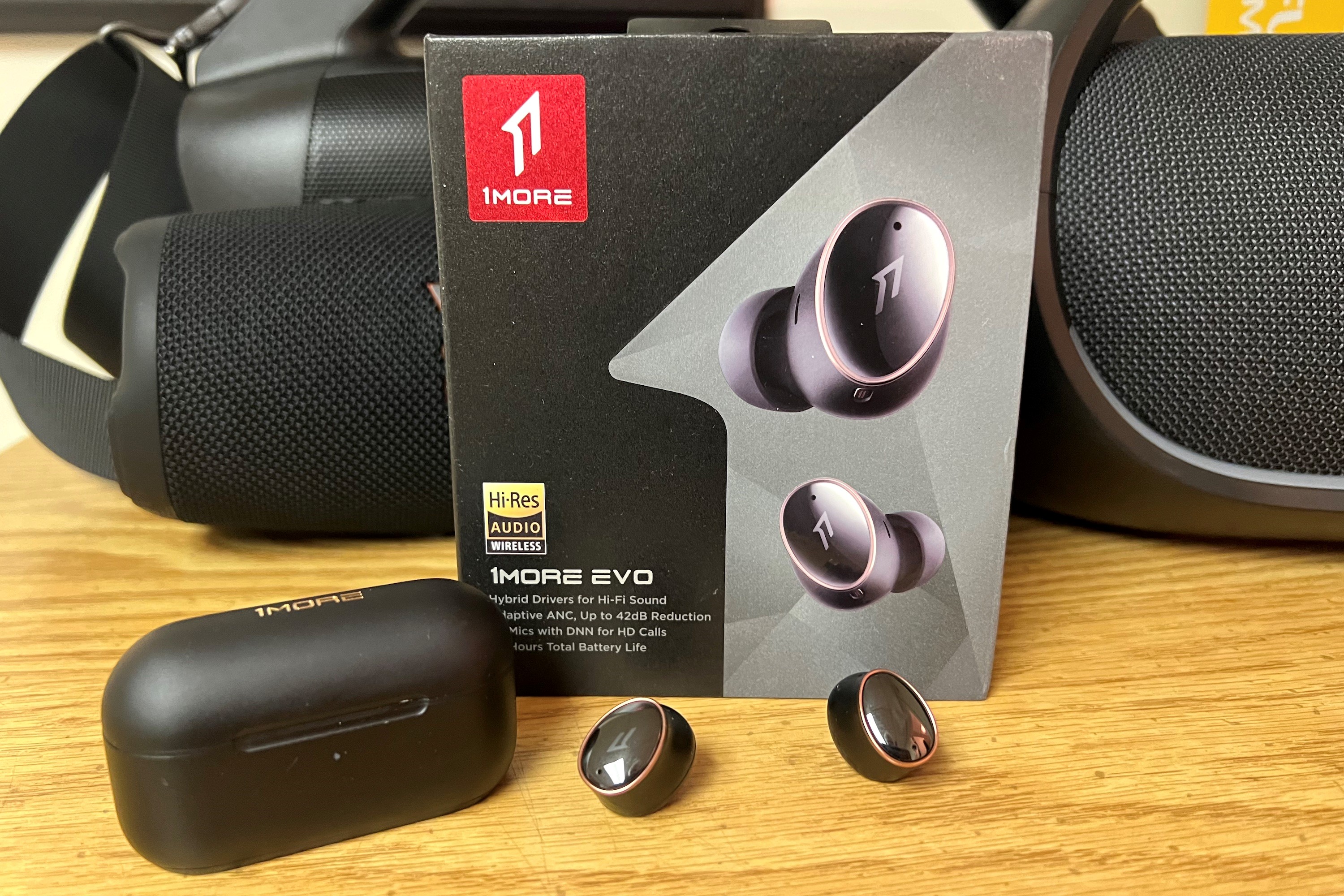 The Soundform Immerse are large earbuds. They’re like the neck bolts from Frankenstein’s monster, except sticking out of your ears. Belkin ships them with three sizes of silicone ear tips and silicone wing tips, so I was able to swap out some wing tips to help seat them in my ear, but that didn’t make them look any less dramatic.

The good news is that they were comfortable to wear for long periods, which was a bit of a surprise considering their large form factor. One I got the right fit, I was able to wear them throughout a workday with minimal fatigue.

Should you buy the Soundform Immerse earbuds?

If you’re an iPhone user who’s had trouble keeping track of earbuds, the location finder features are fantastic. I’ve lost more than one AirPods case in my life, and I now use a silicone case attached to a carabiner along with a Tile. The Soundform solution is less complicated and works a lot better.

The ability to customize the Soundform Immerse’s EQ in Belkin’s app and to control the earbuds’ ANC with physical buttons are also great features. It’s too bad the earbud touch controls aren’t more reliable or easy to use.

The sound quality is decidedly average. But there just aren’t many brand-name headphones these days that sound bad. The Soundform Immerse are somewhere in the middle of the pack. If you’re attracted to the unique features that Belkin has built into these earbuds, you won’t be disappointed by what you hear.