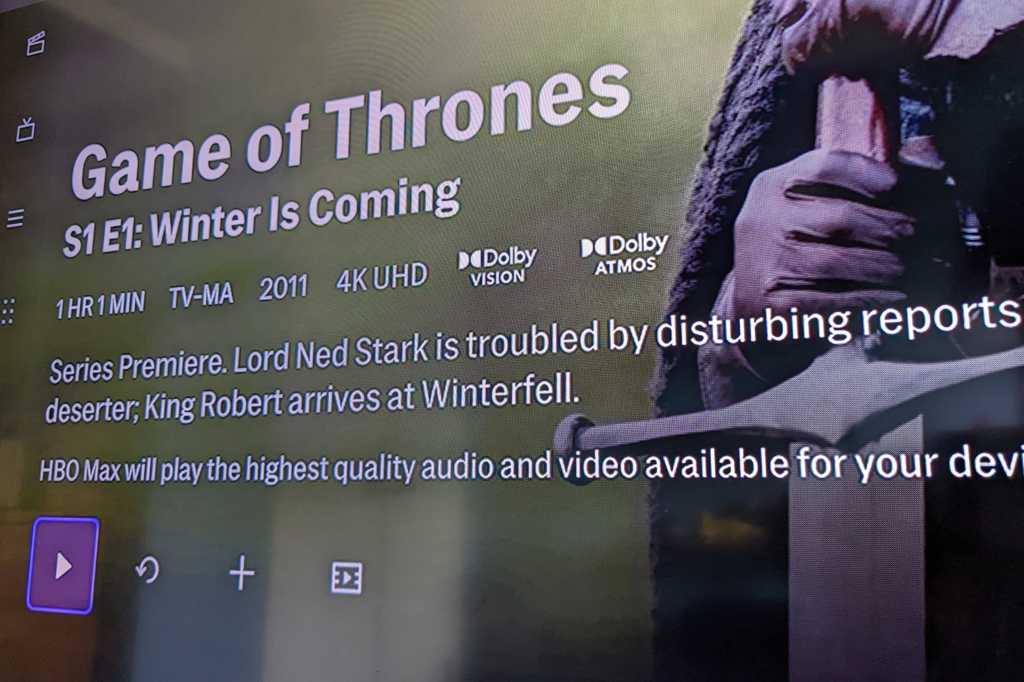 The executives in charge of HBO Max would like everyone to know that the high times are over.

That’s the message I got, at least, from last week’s Warner Bros. Discovery earnings call, in which the company reaffirmed that it will merge HBO Max and Discovery+ into one streaming service next summer.

We’ve known since March that the merger would happen, but now we have a better sense of the details. And what stands out most to me is how Warner is ushering its flagship streaming service into a new age of austerity.

That likely means longer waits to see the latest movies without having to buy or rent them, a shrunken movie and show selection as Warner shops out more content elsewhere, and fewer deals for new subscribers.

The only question now is whether other streaming services will follow as they try to finally profit from the huge audiences they’ve built up.

For most major streaming services, the past few years have been defined by growth at all costs. Looking to show investors that they weren’t sleeping through the cord-cutting revolution—and taking advantage of a pandemic-fueled demand—these companies made big, splashy bets to draw in new subscribers.

Warner, for instance, brought all of its 2021 films to HBO Max on the same day they appeared in theaters. Companies such as Disney and Paramount have in turn shortened theatrical windows and are now funneling films their respective streaming services right after they leave theaters. NBC, meanwhile, streamed the entirety of the 2022 Winter Olympics on Peacock Premium, a major course-correction after it made the previous year’s games comically difficult to watch.

Traditional media companies also got serious about pulling older shows back to their own catalogs, hence Friends and The Office exiting Netflix for HBO Max and Peacock, respectively, and the entire Star Trek catalog getting centralized onto Paramount+. All of this came on top of seemingly boundless investment in new programming, much of which never even aired on cable.

While a lot of folks griped about this era of streaming due to the sheer number of services on offer, I saw it as a net positive, one that finally unlocked vast catalogs of high-quality movies and TV shows without the need for a big cable bundle or even a trip to the theater. With a little ingenuity—a seasonal sale here, some wireless carrier deals there, maybe even a spot of password sharing—you would watch most of it for a tiny fraction of what cable cost.

The message from Warner Bros. Discovery is that this era is coming to an end.

“[I]n recent years, a strategy has emerged that suggests the video business will be better off collapsing all windows into streaming, overpaying for and overinvesting in content and offering it all at the same time for a low price,” Jean-Briac Perrette, the president and CEO of Discovery International inside Warner, said on an earnings call. “We don’t believe in this strategy.”

How HBO Max is changing

So far, Warner executives have hinted at several ways in which HBO Max will change:

The overall picture is of a company that’s tired of chasing the likes of Netflix at any cost. Instead, the company is banking on people paying a premium for its biggest hits and most popular franchises, and doesn’t mind if the catalog becomes somewhat hollowed out in the process.

So far, no other companies have announced such sweeping pivots in their streaming strategies, but all of them are in a similar situation: Having spent years chasing growth in the post-cable world, they now need to find a way to profit from it. The problem is that they have limited ability to raise prices without scaring away subscribers.

Instead, they’ll likely find other ways to draw out extra revenue from customers. Netflix, for instance, plans to crack down on password sharing next year as its subscriber growth hits a wall, and has started splitting new seasons of hit shows in half to keep you from binge-watching them all at once. Comcast, meanwhile, plans to stop offering free Peacock Premium to its Xfinity Flex and X1 cable customers, and is moving Days of Our Lives from NBC to Peacock so it can boost subscriptions from the soap’s superfans.

Looking ahead, I wouldn’t be surprised if more companies started shopping around older content to other services, as Warner is now doing, or charging for early access to certain movies. Perhaps they’ll even get stingier about giving away access to their streaming services as a way to pull in new subscribers.

All of this is going to create more annoyances for cord cutters, but perhaps it’ll also help clarify which services are truly worth paying for.

Sign up for my Cord Cutter Weekly newsletter for advice and insight on the ever-changing TV landscape.