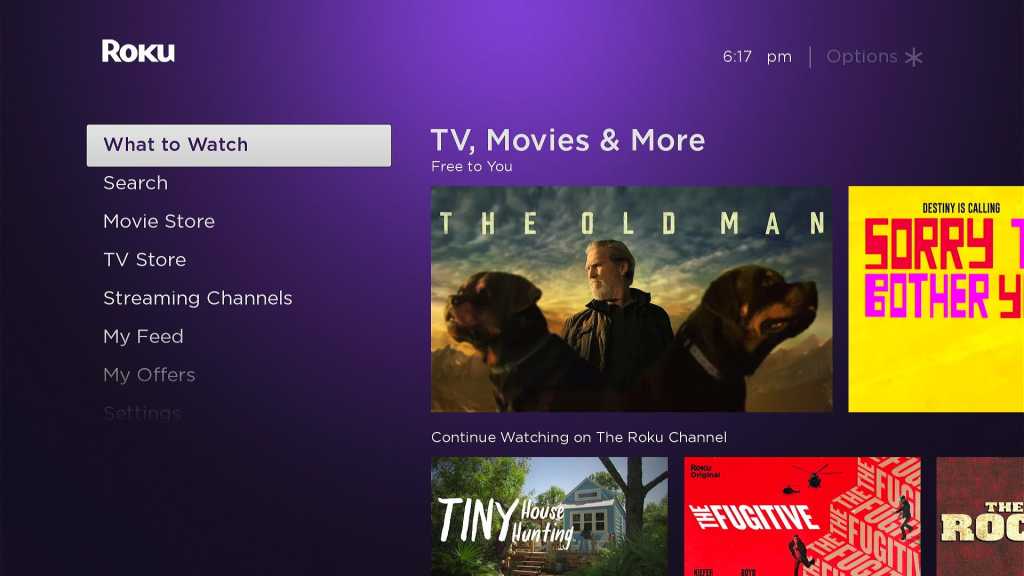 When Roku announced in March that it would launch a “What to Watch” feature on its smart TVs and streaming players, it sounded like a big step forward.

While other platforms have tried to build universal guides to help users make sense of all their streaming services, Roku has taken a more conservative approach that emphasizes looking through each app individually. The What to Watch section was supposed to help, giving Roku’s home screen a dedicated space for recommendations from across lots of different services.

Now that this feature is finally here—you’ll find it in the Roku home screen’s left sidebar menu—it’s clear that Roku still has a long way to go. Too many of Roku’s recommendations are irrelevant and impersonal, and even worse, they feel like ham-fisted attempts to boost ad revenue rather than a way to make Roku devices more useful.

Right now, Roku’s What to Watch recommendations can come from anywhere, with little regard for which streaming services you actually use.

The top “Free to You” section, for instance, includes recommendations of a bunch of apps I haven’t installed, such as Travel Channel Go, Food Network Go, Vudu Fandango, AMC, and Discovery Go. Some of those apps even require authenticating with a pay TV provider, which I haven’t done. (The only way to find movies and shows that are included with your subscriptions is through individual genre menus, and even then the results are limited to just a single row.)

At minimum, Roku should strongly bias its recommendations toward the apps you’ve already installed on your device. It could also take a page from Google TV and the TiVo Stream 4K and let users explicitly choose which services they care about.

There’s too much ad-supported TV on Roku

Roku already has a section on its home screen called “Featured Free,” where it highlights movies and TV shows from free, ad-supported streaming services. Why, then, is the What to Watch section dominated by ad-supported video as well?

In any given row, most of Roku’s recommendations come from services with ads, such as Pluto, Tubi, Xumo, The Roku Channel, and various cable channel apps. Recommendations from my ad-free services, such as HBO Max, Amazon Prime Video, and Paramount+, were much harder to find, and I didn’t see any suggestions from Netflix or Apple TV+.

Look, I get it: Roku makes a lot money from the ads that flow through its platform, and it doesn’t earn anything when you simply tune into the ad-free subscriptions you’re already paying for. It has every right to built a vibrant advertising business around its inexpensive streaming players and smart TV platform.

But the best streaming platforms strike a balance between commercial interests and users’ needs, and right now, Roku’s Watch to Watch menu skews too far toward the former.

There are no watchlists on Roku’s What to Watch

Roku’s What to Watch menu is also of little help when you’re just trying to pick up where you left off. While it does include a “Continue Watching” row, this only displays content from The Roku Channel, not from other apps such as Netflix and Hulu.

Granted, the “Continue Watching” concept is tough to pull off, as it requires some insight into what you’re watching inside various streaming apps to truly work well. (Apple TV is the only device that nails it, covering practically every major on-demand streaming service except Netflix.)

But at the very least, Roku could offer a way to bookmark movies and shows that you want to watch later. While you can add shows to a “Save List” in Roku’s mobile app, that list remains inaccessible on the Roku home screen. (Meanwhile, the “My Feed” section of the home screen has fallen into complete disrepair.)

There’s no personalizing Roku’s What to Watch

It doesn’t help that Roku’s What to Watch menu has no apparent sense of what you enjoy watching in the first place. Its recommendations are entirely generic, based on new releases, trending shows, and specific genres.

Google TV and Amazon Fire TV do a much better job in this regard, with home screen recommendations that are based on your interests. As a result, you needn’t scroll around as much to find something worth watching.

I understand that Roku is averse to making sweeping changes to its interface, and that simplicity and predictability have long been two of its biggest strengths.

But keep in mind that What to Watch is a separate menu on Roku’s home screen, and it doesn’t interfere at all with the standard app launcher that people know so well. It should be a place for Roku to experiment with new ideas and fresh ways of presenting content. As of now, it just seems like more of the same.

Sign up for Jared’s Cord Cutter Weekly newsletter to get more streaming TV advice every Friday.