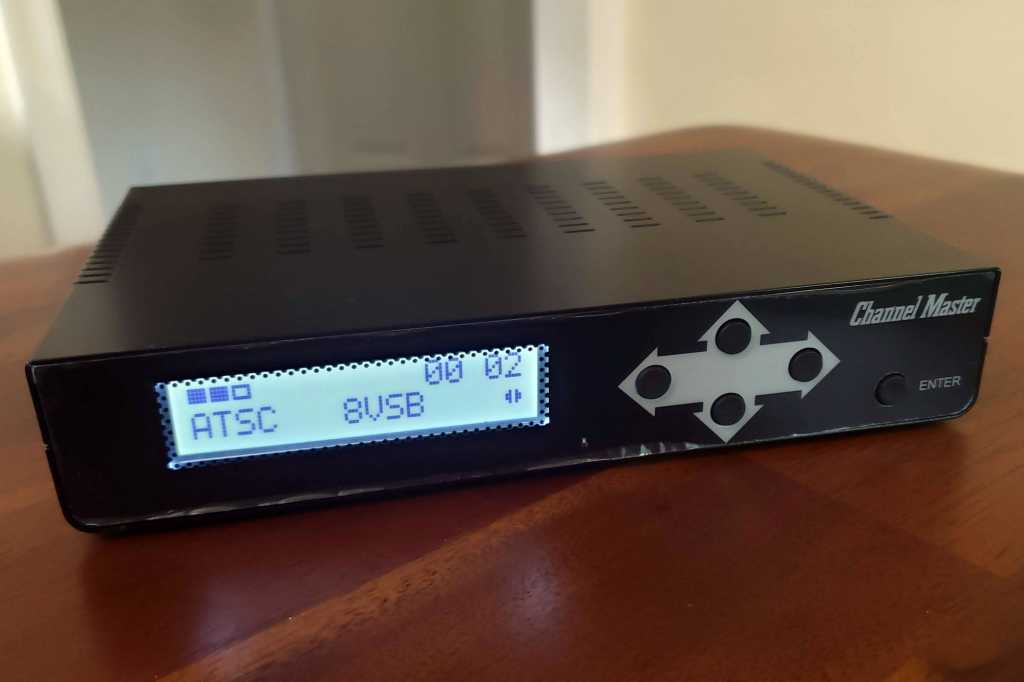 This ingenious box serves a very particular purpose: It distributes a single HDMI signal to multiple TVs around your home or business via coax cable.

The Channel Master CM-1050 is a digital TV modulator that allows to distribute an HDMI signal to TVs around your house or business as a custom digital TV channel via the antenna cable.

It’s a niche product to be sure, but it’s a very inexpensive solution compared to the competition, in part because it supports just one channel–but that’s all many people will need. The box is fed with a signal over HDMI, so that can be the output of any modern audiovisual device. I created a channel for my Roku box but you could use it for a PlayStation, Xbox, IPTV box, satellite receiver or similar devices.

If you own a business, you could use it to distribute a feed from a satellite receiver to multiple televisions, or even use a bank of them to create your own mini cable TV system, similar to that in hotels.

I used the Channel Master CM-1050 over several days to view the output of my Roku, which included streaming Formula 1 racing, watching TV shows, and viewing content from my phone cast to the Roku. In all applications, the picture and audio quality were great at the default settings.

Audio-visual aficionados might note a subtle difference between the signal from the modulator and a pure HDMI connection, but no modulator will never beat a direct connection. Additionally, a direct HDMI connection will allow for a 1080p signal to be delivered to your TV while ATSC broadcast only supports 1080i.

Once it was set-up it, I didn’t have to interact with the box once. It kept working and many times I forgot it was even there.

Getting the gadget up and running was simple. It comes preset to create channel 2.1 on broadcast channel 2. If you have no TV station broadcasting on channel 2 in your area, you’re ready to go.

If you do have a local station using channel 2 in your area, you’ll need to change the box’s setting to an unused channel; otherwise, you’ll block out the local signal. To find out which broadcast channels are in use in your area check RabbitEars.info. Remember, since the advent of digital TV, the broadcast channel isn’t necessarily the one used by a TV station in their on-air announcements and name.

There are a simple and advanced set-up choices. The simple choice creates channel 2.1, calls it “ShoName” and sends it down the coax. If you decide to go for advanced mode, you can set a few additional parameters, such as the channel name and channel number.

I decided to call my station THTV (short for TechHive TV) and put it on channel 99.1, broadcast channel 3. Other selections allowed me to set the minimum and maximum bit rate, various parameters associated with the digital broadcast, and the audio format. MPEG2, AAC, and AC-3 are all available.

All settings can be accomplished on the main panel on the device, but I found it easier to use an ethernet cable to connect the modulator to local network. The box has a web- interface you can use to change its settings.

There’s an input connector on the box of the for a closed-caption feed. The HDMI connection used to feed the box cannot carry closed-caption data unless it has been switched on and is appearing on-screen as part of the video signal. The closed caption connector allows the data to be injected into the modulator and added to the ATSC signal, so it appears like a normal broadcast closed-caption stream. You’ll need to feed it with a dedicated CC signal, however, and most consumer equipment does not provide that.

As noted, I had no problems in use with the signal although it’s worth mentioning that some users reported audio problems with the box when it first came out. I spoke to Channel Master’s CEO about those problems and he acknowledged them and said it appears to be an intermittent incompatibility between Apple TV and the main chip in the CM-1050. He said it’s unlikely to be fixed and doesn’t even happen every time, but if you intend to feed this with an Apple TV, you should be aware that this problem has been reported.