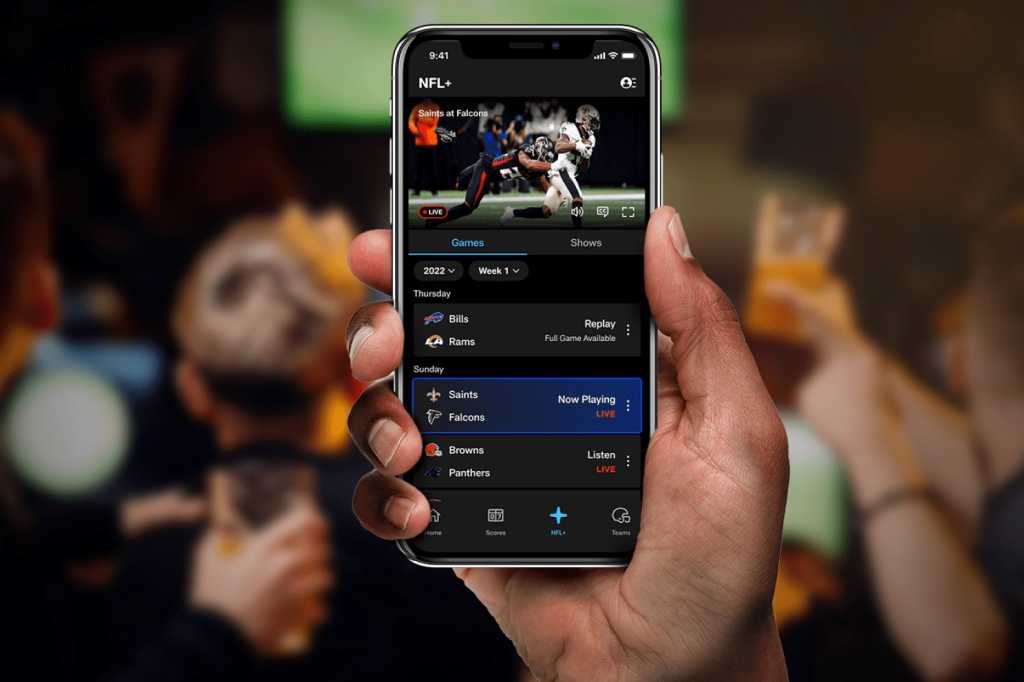 As we’ve been expecting for months now, the NFL has raised the curtain on its own “plus” streaming service, which will let you stream local regular- and postseason NFL games–providing you don’t mind watching on a small screen, that is.

Launching today, NFL+ will offer a pair of tiers starting at $4.99 a month, while a pricier “premium” offering will replace the former NFL Game Pass service.

The standard $4.99/month NFL+ plan includes live local and primetime matchups during both the regular- and postseason, but only on phones and tablets, an arrangement that should sound familiar to anyone who’s streamed games via the Verizon or Yahoo mobile apps in years past.

If you do want to watch live NFL games on the big screen using NFL+, you’ll have to settle for out-of-market preseason games, which will be available on all devices, including streaming players and smart TVs.

Meanwhile, the standard NFL+ plan will offer live audio-only streams for every game of the season, including home, away, and national calls. That’s about as close as we’ll ever get to a single streaming service that delivers every single NFL game (or at least as close as we’ll get in the U.S. market, anyway).

Finally, the $4.99/month NFL+ tier gives you the run of the NFL’s on-demand programming library, on an ad-free basis.

The step-up NFL+ Premium plan boasts all the standard NFL+ benefits while adding full and condensed ad-free game replays on all your devices, as well as coaches film, essentially replicating the former NFL Game Pass. NFL+ Premium goes for $9.99 a month or $79.99 a year.

If you want to give NFL+ a try, you can sign up here for a free seven-day trial.

The launch of NFL+ comes on the heels of the news that Google has thrown its hat into the ring for NFL Sunday Ticket, the lucrative NFL programming package that’s up for grabs starting with the 2023 season.

Amazon, Apple, and ESPN+ are also in the mix for NFL Sunday Ticket, and there have been a series of hot rumors claiming that Apple is in the lead.

For now, however, talks between the big streamers and the NFL continue to drag on, and it’s not clear when we’ll learn who snags the Sunday Ticket crown.