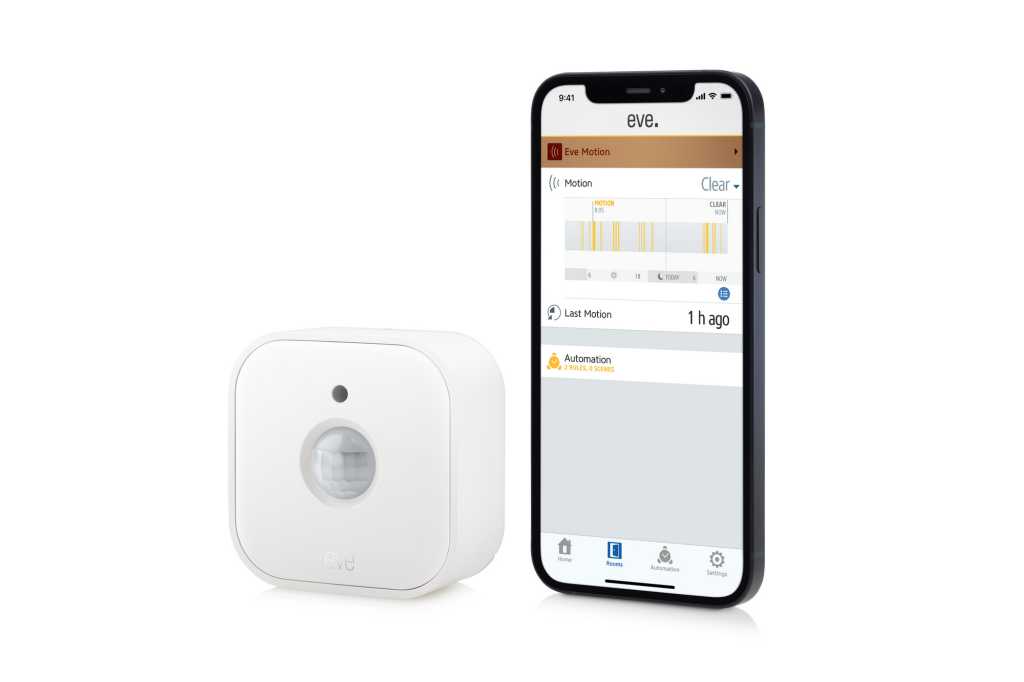 Eve Systems has redesigned its battery-powered Eve Motion, which can now detect and respond to ambient light levels as well as motion. The new device supports Bluetooth LE, Apple’s HomeKit ecosystem, Thread mesh networks, and the Matter smart home protocol jointly developed by Amazon, Apple, Google, and Samsung, among others.

The water-resistant Eve Motion (its IPX3 rating means it’s protected from splashes of water, including rain showers) can be deployed indoors or out, and it has an operating temperature range of 0 degrees Fahrenheit to 130F. The motion sensor element sports a 120-degree field of view and a detection range of 9 meters (about 29.5 feet). In addition to monitoring and responding to motion, the Eve Motion can trigger other smart-home devices based on ambient light levels.

Eve Systems describes use-case scenarios such as triggering smart lighting to turn on when you enter—and stay in—a room, but only when the ambient light in the room is below a defined threshold. You could also program the Eve Motion to automatically adjust a smart window shade based on motion or light levels. That would seemingly offer more fine-grained control than relying on a simple sunrise-sunset routine.

In addition to supporting the privacy-centric HomeKit ecosystem, Eve Systems doesn’t have any cloud-based servers and does not collect any user data. You don’t need to register the product after purchase or set up any accounts. Information transferred between devices is fully encrypted and only moves between Eve devices and your mobile device and home hub.

Until Matter launches this fall, you’ll need at least an Apple iPhone or iPad to set up and program the Eve Motion. And for away-from-home control, you’ll also need an Apple HomePod or Apple TV (4th-generation or later) to act as a HomeKit hub. Eve says it will release a firmware update for its family of smart-home products once Matter launches, at which time they will become compatible with the Amazon Alexa, Google Assistant, and Samsung SmartThings smart-home ecosystems.

The second-generation Eve Motion can be purchased directly from Eve Systems for $39.95 and will be available at Amazon later this year.