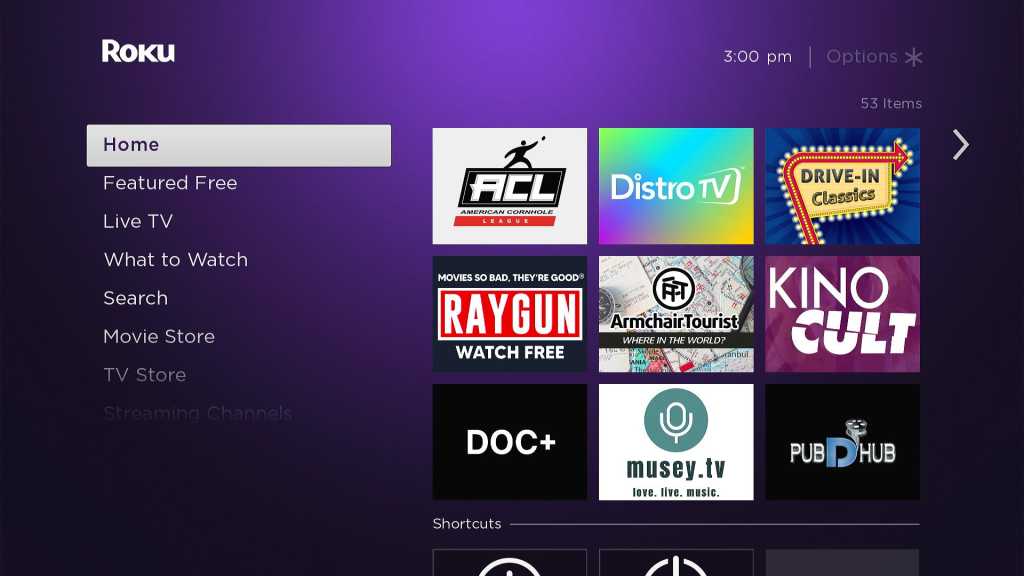 No disrespect to the likes of Pluto TV and Tubi, but sometimes you want something a little different from your free streaming services.

To that end, I’ve been poking around on Roku, Fire TV, and other streaming platforms to find neat apps that are off the beaten path. These sources offer classic movies, cult films, weird sports, and other content that isn’t easily found in the most popular apps.

The apps below are worth checking out because they all have a unique angle: Either their content isn’t available anywhere else, or they present their movies and shows in creative or interesting ways. And because they’re all free to use, there’s no risk in checking them out:

While Kino Cult offers a fair share of classic cult films, where it really shines is its collection of art house and foreign films, including the critically-acclaimed Dogtooth (from Greece) and Sheep Without a Shepherd (from China). The app’s round-the-clock live channel is a nice touch as well.

With the tagline, “Movies so bad they’re good,” Raygun leans into the low-budget nature of its classic film catalog, which is carved up into fun categories such as “Campy Cult” and “Horrible Horror.” There’s also a “Raygun Roulette” button if you’re not sure where to start.

Available on: Roku, Fire TV, iOS, Android. (Note that the app itself costs $1 on all platforms except Roku.)

This app is a treasure trove of documentary films and series, all streaming for free. Check out Confessions of a Superhero, on the people who dress in costume on Hollywood’s Walk of Fame, or The Great Alone, on Iditarod champion Lance Mackey.

As a lesser-known alternative to the likes of PlutoTV, The Roku Channel, and Xumo, DistroTV offers classic movies, international news, foreign films, and—best of all—a selection of niche sports channels. Where else can you watch can you watch jai-alai, an international log-sawing competition, and semi-pro rugby in one place?

Plan 9 from Outer Space, Creature from the Black Lagoon, and Attack of the Giant Leaches headline this collection of old B-Movies. But the real notable feature is the ability to watch “3D” films with a cheap pair of anaglyph glasses.

If you’re tired of sifting through YouTube for high-quality concerts, check out MuseyTV instead. This free app features officially-licensed live music recordings across a wide range of genres, along with a respectable approach to advertising: You’ll only see ads in between songs, and usually not until a few songs into the setlist.

Need something soothing to throw on in the background? This app cycles through a selection of scenery videos from around the world, including cityscapes, ocean views, bustling streets, and mountainsides.

Straight out of ESPN8: The Ocho (which has actually become a real thing), this is an entire channel dedicated to professional cornhole, including live tournament matches and replays. It’s oddly relaxing and pairs well with a beer.

Thanks to the “We Are Streamers on a Budget” Facebook group for suggesting a bunch of these apps. Got any favorites that I missed? Email me with your suggestions, or sign up for my Cord Cutter Weekly newsletter to streaming TV advice like this every Friday.