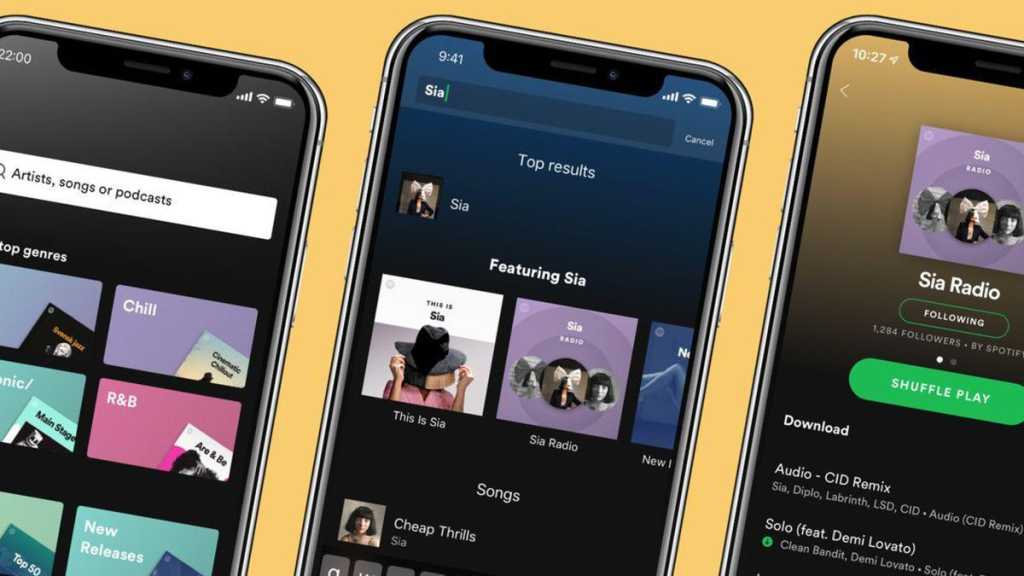 Back in February 2021, Spotify made a bold promise to roll out lossless music streaming before the year was out. Fast forward nearly two years later, and there’s still no sign of Spotify HiFi.

So, what’s the deal? Spotify has been frustratingly tight-lipped about the fate of Spotify HiFi, but the company has let slip a few details about the missing service. Meanwhile, recent rumors suggests that Spotify HiFi may still see the light of day.

Here’s what we know–and don’t know–about when Spotify HiFi might finally arrive.

What is Spotify HiFi?

First announced back in February 2021, Spotify HiFi was described as a way for Spotify Premium users to “upgrade their sound quality” to a “CD-quality, lossless audio format.”

But the key term here is “lossless,” which means that the audio stream contains exactly the same sonic detail as its source.

The main selling point here is that you’d be hearing the music in the precise way the artist intended–and indeed, Spotify posted a video in which Billie Eilish and Finneas extolled the virtues of lossless audio streaming.

As it stands, Spotify streams audio at 320Kbps in the “lossy” Ogg Vorbis format, which means the audio stream has been compressed and is losing a fair amount of detail in the interest of conserving bandwidth.

When will Spotify HiFi come out?

The short answer is that we don’t know when Spotify HiFi will arrive. However, some recent chatter suggests it may still be in the works.

According to an October 2022 post on Reddit, a longtime Spotify user who had recently switched to Apple Music claimed they got a survey detailed a new plan–“Spotify Platinum”–that boasts HiFi, as well as other features such as “Studio Sound,” a “Headphone Tuner,” “Audio Insights,” “Library Pro,” “Playlist Pro,” and “limited-ad” podcasts, all for an extra charge (more on that in a moment).

The Redditor said the survey asked if they would switch back to Spotify “in the nest 30 days” for “one of [those] features.”

Well, here we are, three months following that Reddit post, and there’s still no word on Spotify Platinum.

There have been other, previous hints that Spotify HiFi is still percolating, including a “HiFi” icon spotted in the Spotify app back in May 2021 and a leaked “Hi, HiFi” video that made the rounds a few months later.

Following months of silence about the issue, Spotify finally did speak up about Spotify HiFi at the beginning of 2022, but the vaguely worded statement offered scant details:

We know that HiFi quality audio is important to you. We feel the same, and we’re excited to deliver a Spotify HiFi experience to Premium users in the future. But we don’t have timing details to share yet. We will of course update you here when we can.

We reached out to Spotify shortly after that announcement, but a rep would only say that the company did “not have anything further to share on HiFi beyond the excitement for the future launch.”

How much will Spotify HiFi cost?

Again, we don’t know for sure, but according to the “Spotify Platinum” rumor detailed above, the purported survey pegged the price at $19.99 a month, or double the $9.99/month Spotify Individual plan. Ouch.

While Spotify has never come out and said that HiFi would cost extra, the wording of its initial announcement–“Premium subscribers in select markets will be able to upgrade their sound quality to Spotify HiFi”–suggests that HiFi is either an add-on or included in a new plan, such as the possible Spotify Platinum tier.

It’s also worth noting that Spotify tested CD-quality audio streams as early as 2017, and at that time, it charged an extra $7.50 a month for the privilege.

When was Spotify HiFi supposed to come out?

Spotify never gave a precise release date for Spotify HiFi, but during its 2021 announcement, it said the feature would arrive “later this year” in “select” markets.

Of course, it’s fair to say that Spotify HiFi missed its launch window by a fairly large margin.

Why hasn’t Spotify HiFi come out yet?

Good question. Back in February 2022, Spotify CEO Daniel Ed blamed “licensing” issues when asked about the fate of Spotify HiFi during a company earnings call. Here’s the exact quote, as reported by TechCrunch:

“Many of the features that we talk about and especially that’s related to music ends up into licensing,” Ek told investors. “So I can’t really announce any specifics on this other than to say that we’re in constant dialogue with our partners to bring this to market.”

There is another reason that Spotify might have delayed Spotify HiFi: because it got caught flat-footed by Apple and Amazon.

Following the Amazon and Apple announcements, the prospect of paying extra (most likely) for only CD-quality music and (probably) no spatial audio began to lose its luster, so perhaps Spotify chose to retreat and regroup.

Most industry types agree that 24-bit/48kHz is the threshold for high-resolution audio, and those streamers that support it deliver high-res streams all the way up to 24-bit/192kHz.

But Spotify never said anything about high-resolution audio in its initial Spotify HiFi announcement; all it promised was “CD-quality” audio, which qualifies as “hi-fi” but not “hi-res.”

As for the “Spotify Platinum” rumors, the purported survey makes mention of a “Studio Sound” feature in addition to HiFi. Could “Studio Sound” mean hi-res music? Hmmm.

As with high-resolution audio, Spotify never said anything about spatial audio–that is, music tracks that have been mixed with 3D surround effects–in its Spotify HiFi announcement.

Again, Spotify might actually have spatial audio plans in the works–and perhaps that’s what the “Studio Sound” and/or “Headphone Tuner” features from the Spotify Platinum rumors are all about.

Will Spotify HiFi get cancelled?

Well, anything’s possible, and Spotify has been known to nix high-profile features that never quite took off.

For example, Spotify recently pulled the plug on Car Thing, a small touchscreen display that you could install on a car dashboard for on-the-road Spotify streaming.

For its part, Spotify said that while Car Thing “worked as intended,” it chose to halt production of the $80 device due to “product demand and supply chain issues,” among other factors.

Spotify also has a history of testing, teasing, and rolling out new features that later disappear–or even reappear–without explanation.

But while Spotify seems willing to cancel features that aren’t working, it also likes to experiment, and Spotify HiFi could be a project that Spotify is content to tinker with indefinitely.

For what it’s worth, the official Spotify HiFi announcement is still live on Spotify’s website.

Updated on January 11, 2023 to add new developments and analysis.