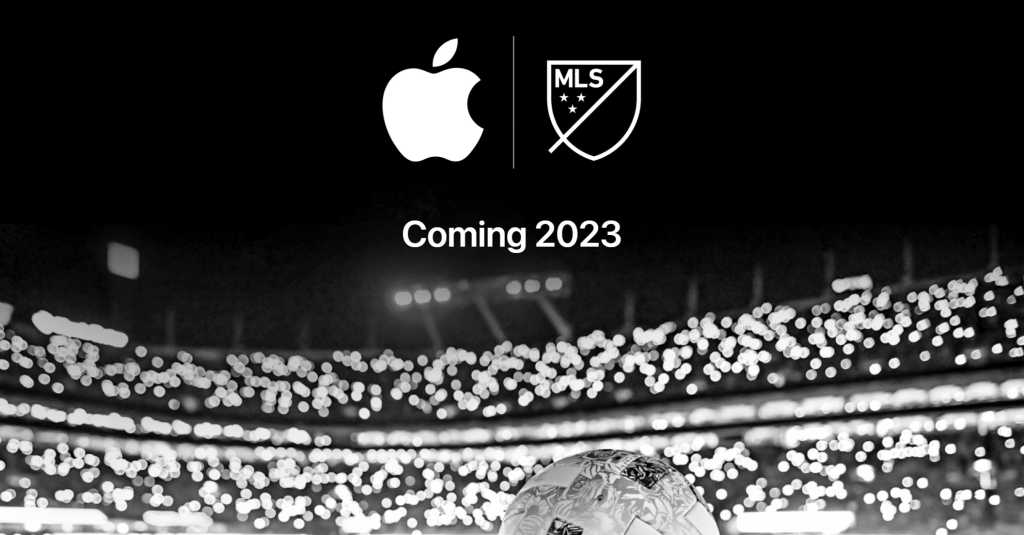 “Every match. No blackouts.”

That’s the tagline for a landmark, 10-year deal between Apple and Major League Soccer. Starting in 2023, the two companies will build a new subscription service from the ground up, sold separately from Apple TV+ but available through the Apple TV app. It’s the first time a sports league will make all its games available through a single streaming service, and boy, is that refreshing.

In recent years, watching live sports has become an aggressively user-hostile experience, with live games scattered across an array of broadcast networks, cable channels, and streaming services. Even if all you care about is one team, keeping up has become expensive and confusing.

Apple’s deal with MLS is a much-needed moment of clarity, and a reminder of how sports streaming can work when it doesn’t have all of cable TV’s baggage.

The most remarkable thing about this deal is that it treats cable TV as an afterthought. As Sports Business Journal reports, ESPN and Fox are still negotiating to carry some MLS games on their linear TV channels, but Apple TV will simulcast those matches either way.

This is a total reversal of how sports streaming typically works.

This year, for instance, the biggest MLS matches still air on ABC, ESPN, and Fox Sports, while in-market coverage lives on regional sports networks. Major League Baseball and the National Hockey League also lean on regional sports channels for in-market games, with national cable channels carrying the playoffs. The NFL still requires a DirecTV Sunday Ticket subscription for out-of-market games, at least until next year. All of this has helped prop up pay TV bundles even as the best TV shows move to streaming.

Apple and MLS are finally flipping the script, with Apple TV becoming the home for all MLS coverage. That includes not only live games, but a “whip-around” show (akin to NFL Redzone), replays, highlights, and original programming. It’s the kind of offering that could never exist on cable, and having it all in one place will be so much more inviting compared to what other leagues are doing.

Apple won’t force its existing Apple TV+ subscribers to pay for all this new MLS coverage, either. Instead, the Apple TV app will carry a small number of live matches for free, while Apple TV+ will include a broader selection. For those who want full coverage, Apple will launch a new MLS subscription service next year for a price that has not yet been disclosed.

Most other streaming services are taking the opposite approach. Peacock and Paramount+ are both trying to stuff live sports into their core streaming services, and Warner Bros. Discovery plans to do the same for HBO Max. Amazon continues to add more live sports to Prime—including all Thursday Night Football games next season—and Netflix is reportedly kicking the tires on live sports as well.

Live sports rights don’t come cheap, though, and the bill for all that mandatory bundling will eventually come due. Amazon has already raised the price of Prime from $120 to $140 per year, citing its NFL deal as a major factor, and Paramount+ now requires its $10 per month Premium tier for local CBS streams. (Not that you should pay for Paramount+ to begin with.)

Apple has a chance to build a more sensible set of TV packages, with Apple TV+ as its core offering alongside pricier tiers for sports fans. One could even imagine Apple building a separate sports-centric bundle, especially if it secures NFL Sunday Ticket rights as rumored.

Only Apple (and MLS)

“Only Apple” has been long been a mantra for the company, a reference to how its integration of hardware, software, and services lets it accomplish things that other companies can’t.

You may roll your eyes at such proclamations, but this MLS deal feels like a uniquely Apple offering, the kind of obvious-in-hindsight move that should help clear industry cobwebs. Of course you shouldn’t need more than one subscription to watch everything from particular league (though I’ve been saying this for years). Of course you shouldn’t have to pay for that coverage if you’re not interested in it. Of course everything should be laid out simply and cleanly in one app.

Apple is in a unique position to deliver those obvious innovations because it’s not beholden to the legacy cable TV business. Likewise, MLS is a relative newcomer in the sports world and still has a lot to prove. Together, they can build something fresh and attract a new audience of fans, all by keeping things simple and straightforward for the viewer. To do things any other way suddenly seems ridiculous.

Check out my Cord Cutter Weekly newsletter for more advice and insight on the post-cable world.