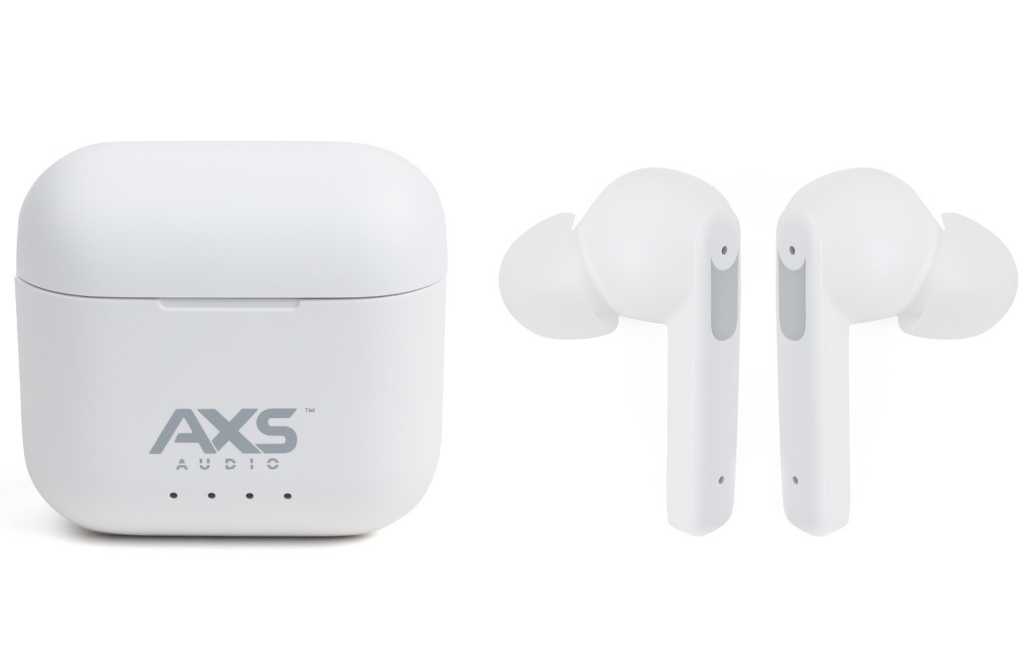 AXS Audio makes its personal audio debut with its $149 AXS earbuds, available now in satin white or satin black. At a time when earbud manufacturers are racing to design the smallest in-ear pebbles they can muster, AXS has chosen to go with the stems that make in-ear monitors easier to handle and locate.

Rikki Farr made his first international splash as one of the promoters of the 1970 Isle of Wight music festival, mostly because of his onstage rant captured in the documentary film about the event. Farr went on to found Electrotec, one of the world’s premiere live sound and lighting companies, and the tour production company International Touring Services (ITS).

For several decades, he was the man behind the live sound for acts as diverse as Led Zeppelin, Pink Floyd, Tom Petty, Bob Marley, Guns N’ Roses, and Nirvana. Farr later founded car stereo company Diamond Audio, which he sold to Cerwin Vega in 2002, and speaker company RIVA Audio.

We should all hope that our hearing is good enough at age 84 to tune new headphones, but Farr is excited about the launch.

“These earbuds combine the artistry of producing live music with the latest digital technology to provide the most accurate music reproduction possible. And, it was super important for me that we make them as affordable as possible so good music is available to as many people as possible,” Farr said.

The AXS earbuds offer 10 hours of battery life, which extends to 38 total hours with the additional power in a fully charged case. The case will hold a charge for 138 hours in standby mode. AXS supports both wireless and fast USB-C charging.

Along with the earbuds and case, AXS provides a USB-C charging cable and six pairs of hypoallergenic ear tips (two sets each in small, medium, and large).

Farr offers a big endorsement for the sound. “We guarantee these buds have the best music quality and longest battery life. We personally tuned them for every single instrument we could think of, so you can hear the saxophone distinctly from the trumpet or from the rhythm guitar at whatever volume you prefer,” Farr said in a release.

We’ll have a hands-on review of the AXS Audio earbuds soon.