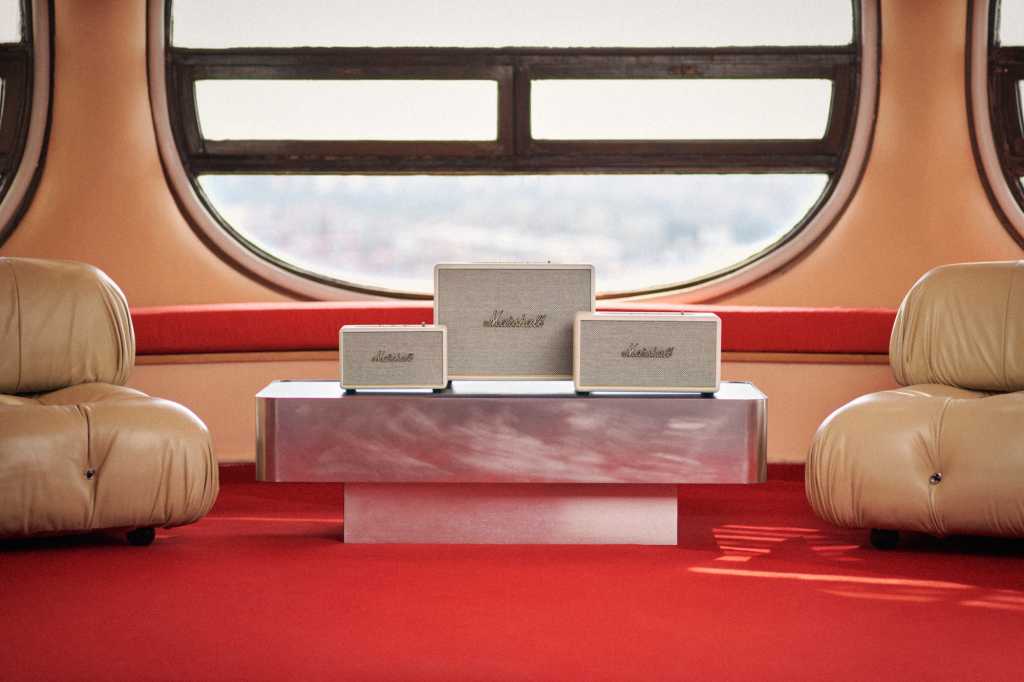 Looks as if Marshall Headphones didn’t take a spring break. The third generation of its Acton, Stanmore and Woburn Bluetooth speakers introduced today comes barely a month after a refresh of its Emberton portable and the debut of its smallest-ever model, the Willen.

The new Acton III ($279) and Stanmore III ($379) retain the price of their predecessors. The hulking Woburn III ($579) costs about $30 more than the second-generation model.

The latest Home trio, beneath the familiar Marshall grille, now feature updated waveguides and tweeters that angle out rather than point directly at the listener. The objective is to present a broader, more spacious sound stage. A Placement Compensation feature, also new, is a type of on-the-go room correction that adapts sound to nearby reflective surfaces. (You can still customize the sound using the Marshall Bluetooth app.)

The Home line has Bluetooth 5.2 and – what’s that? – a 3.5mm aux input to connect your speaker to a TV or other source. The Woburn III even has an HDMI port for your TV. A Night Mode is available for quieter times, but the Woburn III can also reach volumes approaching rock-concert levels (100 dB).

Sweden’s Zound Industries, which manufactures Marshall-branded Bluetooth speakers and headphones under license from Britain’s Marshall Amplification PLC, says it followed a more sustainable approach in this latest generation. Each speaker, PVC-free, is made from 70 percent recycled plastic. The speakers also use only vegan materials, a somewhat vague concept in an electronics world that requires little obviously animal-sourced materials such as leather. But this approach can also consider labor practices, supply chains, and other areas with questionable ethics.

The Acton III and Stanmore III are available in classic black, cream and brown. The Woburn III is available in black or cream.

Let’s size up the Home bodies: