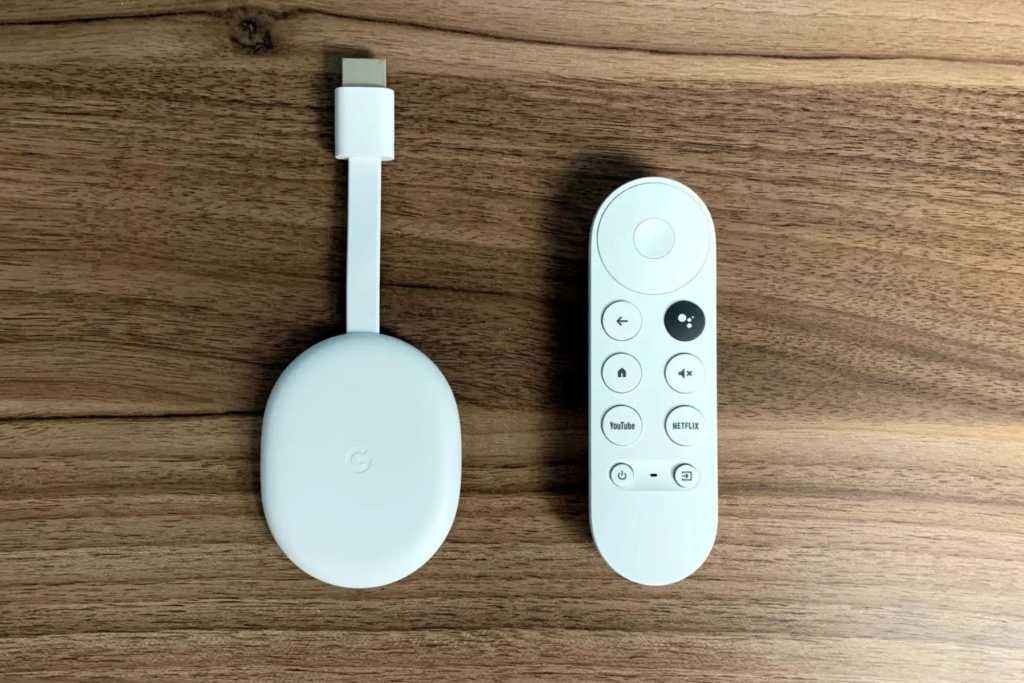 There’s still no sign of a successor to Google’s 4K-enabled Chromecast with Google TV, but there has been plenty of chatter about an HD-only version of the streaming dongle, and a recent FCC filing hints that the device is about to break cover.

We first learned details about the purported step-down Chromecast with Google TV back in January in a report from Protocol, and now 9to5Google has spotted an FCC filing for a Google “wireless device” that appears to be the lower-end streaming dongle.

The FCC filing doesn’t reveal any photos, but it does describe a device capable of streaming video at up to 1080p resolution with a 60Hz refresh rate, dual-band Wi-Fi, Bluetooth, a USB charging port, and a “remote controller.”

Naturally, the documents don’t say when the not-certain-but-very-probably 1080p Chromecast with Google TV will actually arrive; generally speaking, however, devices that hit the FCC tend to be just months away from launch.

Google currently has two Chromecast devices on sale: the 4K-enabled Chromecast with Google TV, which arrived in 2020, and the third-generation Chromecast, a five-year-old dongle that only streams at resolutions up to 1080p. The devices sell for $50 and $30, respectively.

The Chromecast with Google TV was the first Chromecast device to boast the Google TV user interface and a voice remote, allowing you to stream videos without having to dig up your phone.

On the other hand, the third-generation Chromecast is really just a streaming-video endpoint, and like previous Chromecast dongles, it lacks a remote, relying instead on a phone or another Chromecast-enabled device.

Given that the FCC filing says that a “remote controller” comes with the new Google device, it seems safe to assume that the upcoming gadget will also be a “with Google TV” streamer, albeit with HD-only resolution.

Amazon and Roku offer their own 1080p-only streamers, including the $40 Fire TV Stick and the $30 Roku Express.

Both of those competing video sticks come with remotes and full-on user interfaces, so it makes sense for Google to refresh its long-in-the-tooth 1080p Chromecast.