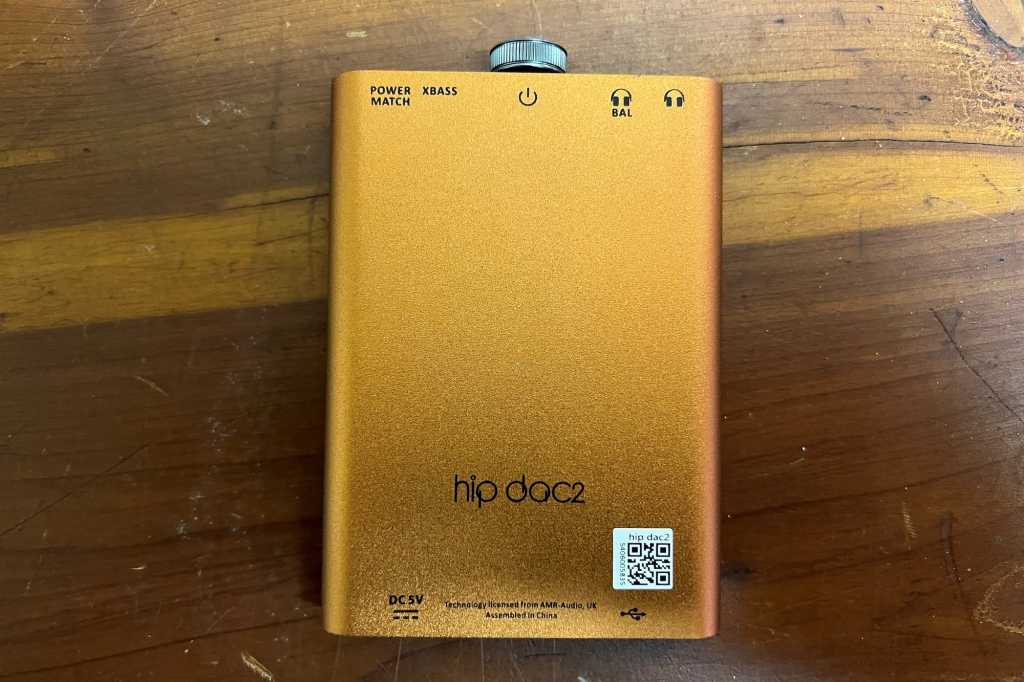 The iFi hip-dac2 demonstrates why an external DAC and a high-quality headphone amp are essential for anyone who wants to enjoy the full potential of high-resolution music streaming. Once you get your phone-to-headphone chain set up, get ready for a spectacular sonic upgrade.

Most subscription music services have finally upped their audio resolutions and lossless CD quality is now table stakes in the streaming wars. Lossless makes a noticeable difference for Bluetooth streaming and many listeners will be more than pleased when listening to music at that quality.

Qobuz, Tidal, Apple, and Amazon have all gone beyond lossless audio and offer many titles in high-res. To truly enjoy that extra detail, though, you’ll need to move beyond Bluetooth and add a DAC and a wired headphone to your mobile device.

The iFi hip-dac2 is a DAC and headphone amplifier that bypasses the not-at-all-equivalent hardware inside your phone to better decode and boost the signal before it reaches your wired headphones. The hip-dac2 does a spectacular job at an outstanding price, and it won’t drain your phone’s battery while doing its job.

How to use a portable DAC

Any portable DAC device you choose will add considerable bulk to your everyday carry, especially if you’re an iPhone user. Most DACs require Apple’s Lightning to USB 3 Camera Adapter to connect to the iPhone’s Lightning port. iFi includes a USB-C to USB-A cable to connect the hip-dac2 to the camera adapter, and it’s as bulky as an ethernet cable. You’ll use a USB-C cable to charge the hip-dac2’s battery.

Android users have it a bit easier, because most DACs come with a USB C cable that plugs directly into the phone. iFi also throws in a Micro-USB cable if you’re still using an older device. While these slim down the audio chain, they don’t completely simplify the connection chain or eliminate the slightly awkward carry setup.

The hip-dac2 features a cheeky design

The hip-dac2 is designed to look like a pocket flask, and the aluminum case comes in a particularly arresting shade of metal flake that iFi calls “Sunset Orange.” They compare the color to single-malt Scotch, but fans of the Pontiac GTO might be remined of the burnt orange color popular in restoration of the vintage muscle cars.

A knob on the top evokes a flask’s screw top, but it turns the device on and off and controls the volume. It’s got a mechanical heft that’s far more satisfying than pressing the buttons on the side of the phone.

The guts of the hip-dac2

The biggest update inside the hip-dac2 is its new 16-core XMOS chip, which doubles the clock speed and has four times the memory of the original’s 8-core chip. A new crystal clock helps minimize jitter—tiny, non-linear deviations in time during digital-to-analog conversion that can result in audible artifacts and noise. Everything else being equal, the more accurate the clock, the less jitter.

The hip-dac2 can process signals up to PCM 384kHz and DSD256. The device should be of special interest to Tidal users because it can deliver full MQA decoding as opposed to mere MQA-rendering DACS which only perform the final step in the three-fold MQA process.

A pair of arc-shaped LEDs bracketing the power knob display what DAC-decoding the device is performing during playback:

The hip-dac2 is perfectly tuned for in-ear monitors, but, if your over-ear headphones can use a bit of a push, the PowerMatch button increases the gain on the internal amp. There’s also an XBass button for some extra bass. There’s a pronounced increase in bass with this feature engaged, but not the kind of indiscriminate boom that destroys the low end. The superior tuning gives just enough kick to the bottom end of Derrick May’s techno classic “Strings of Life,” streamed lossless from Apple Music, to bring the track to life without distortion or destroying the balance of the mix.

There’s no question that the hip-dac2 adds something to lossless recordings and even the low-res streams available from Spotify or YouTube Music Premium. The digital-to-analog conversion is superior to what’s built into your iPhone or Android device; plus, the amplifier gives a nice clean boost to the signal.

Even though lossless via the hip-dac2 sounds better than lossless streamed to Bluetooth headphones, you might not want to deal with all another device, extra cables, and wired headphones if your listening maxes out at CD quality. While it’s definitely superior to Bluetooth, there’s a significant tradeoff in convenience.

That tradeoff is essential if you’re a subscriber to Apple Music or the higher tiers of Tidal or Qobuz and want to enjoy the considerable pleasures that high-resolution streaming has to offer.

Listening tests with the hip-dac2

Qobuz and the hip-dac2 especially sing with Sky Fereira’s long-awaited new single “Don’t Forget.” There’s an obsessive, almost Kevin Shields/My Bloody Valentine-level of detail in how the layers of guitars interact with the vocals. On a standard Spotify stream, the effect can be muddy and disorienting. With the Qobuz 96kHz stream, you can hear exactly what muse Fereira and producer Jorge Elbrecht were chasing during the studio session.

Def Leppard has just released the album Diamond Star Halos, an album that contains some of the band’s best work since their hall-of-fame heyday. A track like “Liquid Dust” was recorded with as much attention to detail as their work with Mutt Lange, and the hip-dac2 reveals infinitely more detail than what you’ll hear from a Spotify or YouTube stream.

More and more classical music is being made available in high-resolution formats, and a device like the hip-dac2 is essential for fans of the genre. The Oslo Philharmonic has just released a box set of new Sibelius recordings made with their hot young conductor Klaus Mäkelä. The recordings themselves are technically brilliant, and audio quality this rewarding from a mobile device was inconceivable at the dawn of the MP3 era.

The hip-dac2’s performance was equally compelling with Tidal’s MQA masters. There’s a depth of field and level of detail in Kendrick Lamar, Summer Walker, and Ghostface Killah’s “Purple Hearts” from Lamar’s new album Mr. Morale & the Big Steppers that listeners will never get from a Spotify stream. 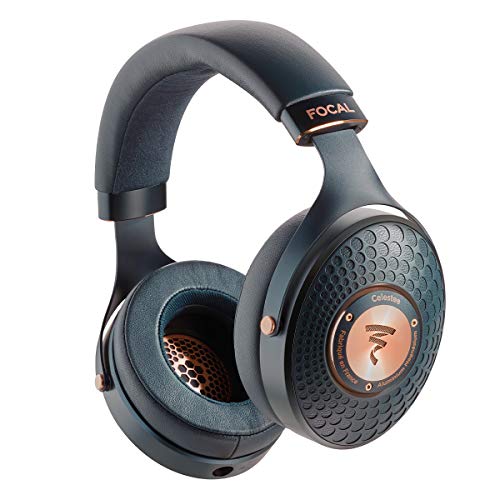 I tested the hip-dac2 with Focal Celestee, Sony MDR-7506, and Periodic Carbon headphones, plus a pair of old Apple earbuds with a headphone jack. While it’s not surprising that the DAC works best with high-end cans like the Focal and Periodic models, the improvements were just as dramatic with the studio-standard less-than-$100 Sony headphones. The difference was noticeable enough with crusty old iPhone earbuds that I’d venture that the hip-dac2 will improve the experience for anyone using any decent pair of wired headphones.

The hip-dac2 measures 4 x 2.8 x 0.6 inches (HxWxD) and weighs just 0.3 lbs. If you’re worried about chipping its finish, iFi sells a “faux suede” case in dove gray for $29. The unit offers approximately 8 hours of playback on a full charge.

Is the hip-dac2 a good value?

If engineers ever figure out a way to deliver a high-res streaming signal, we may someday transition to a perfectly wireless world where headphones have their own DACs and external devices like the hip-dac2 look like a transitional technology. It’s long been rumored that Apple would like to eliminate all ports from the iPhone and transition to a wire-free world, but that seems a few years off.

In the meantime, the hip-dac2 seems like a great option for anyone concerned about their phone’s battery life. It’s bigger than the battery-free options, but it’s also less expensive and, once you’ve committed to the extra wires required for a DAC, it’s not that much extra baggage when put alongside its tiny competitors.