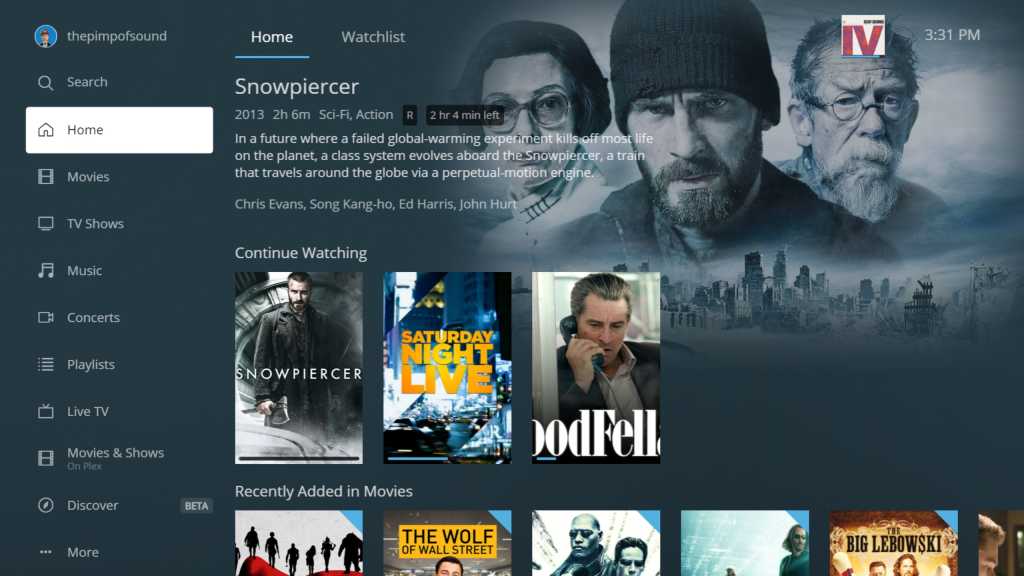 With new desktop software from Plex, plugging a computer into your television almost seems like a great idea.

Plex HTPC, which officially launched last week, lets you access Plex’s over-the-air DVR service, your personal media library, and Plex’s own free content catalog through a slick app for Windows, Mac, or Linux. It offers the same full-screen interface as Plex’s existing apps for smart TVs and streaming players, and you can navigate with a keyboard or game controller instead of a mouse.

But for the rest of us, Plex is sadly one feature shy of HTPC perfection, one that would greatly broaden the concept’s appeal.

What is Plex, again?

Plex has traditionally been known for its media center software, which lets you store content on one device and access it from elsewhere. By running Plex Media Server on a desktop computer or NAS device, you can stream videos or music to your phone, tablet, laptop, streaming player, smart TV, or game console.

But Plex doesn’t supply any of that media server content itself. Instead, you’re supposed to bring your own media files, for instance by ripping CDs and DVDs, downloading albums from digital music stores, recording videos from PlayOn, using Plex’s over-the-air DVR service, or perhaps relying on more legally dubious content sources.

While media server software is a strong niche, in recent years Plex has been branching out. It now offers its own free library of ad-supported movies, TV shows, and live streaming channels, with no media server required. In April, Plex also launched a universal streaming TV guide and watchlist, letting users find things to watch across services like Netflix, Amazon Prime, and Hulu. On certain devices, you can even launch videos from those services directly through Plex.

The overarching goal is to make Plex into a centralized TV hub. Instead of sifting through a dozen different streaming apps, you can just use Plex as your main menu, with media server content and over-the-air TV listed right alongside the latest movies and shows from major streaming services.

At least that’s how it’s supposed to work in theory.

Plex’s universal guide currently has a few big limitations that make it less appealing than it could be:

Plex’s HTPC app is in a unique position to address these issues. An intrepid Mac or PC user could set Plex to launch on boot-up, and the app has built-in options to reboot or power down the computer. More importantly, the open nature of desktop computing could give Plex more control over what happens when you launch a streaming video through the app.

I’m speculating here, but one could imagine Plex embedding a web view that would play whatever streaming video you selected. That way, you’d never have to leave Plex’s app just to watch a show from Netflix, Hulu, HBO Max, and the like. Perhaps Plex could even track video progress through its app and mark shows as watched automatically.

This kind of setup would be compelling even to users who don’t have a media server or over-the-air DVR setup. With a cheap desktop PC or Raspberry Pi, you could finally have a single menu for all your streaming needs.

Unfortunately, this is not how Plex HTPC works today. The desktop app doesn’t even let you directly launch videos from streaming services—let alone view them without leaving the app—as this deep-linking feature is currently limited to Android TV, Fire TV, Apple TV, iOS, and Android devices. Furthermore, the Plex representative tells me the company doesn’t currently plan to add this feature to the HTPC app.

That’s too bad. In lieu of tighter streaming integration, Plex HTPC mostly serves as a successor to Windows Media Server, letting you access your own library of video and music files through a polished, full-screen app.

But Windows Media Center was an outdated concept long before Microsoft abandoned it with Windows 10, as the world was already moving onto streaming services by then. Even if you do run your own media server or over-the-air DVR, chances are you also subscribe to services like Netflix and Hulu.

Plex is in a position to finally tie all of those worlds together. If it does, plugging a computer into your TV might not be as crazy as it once seemed.