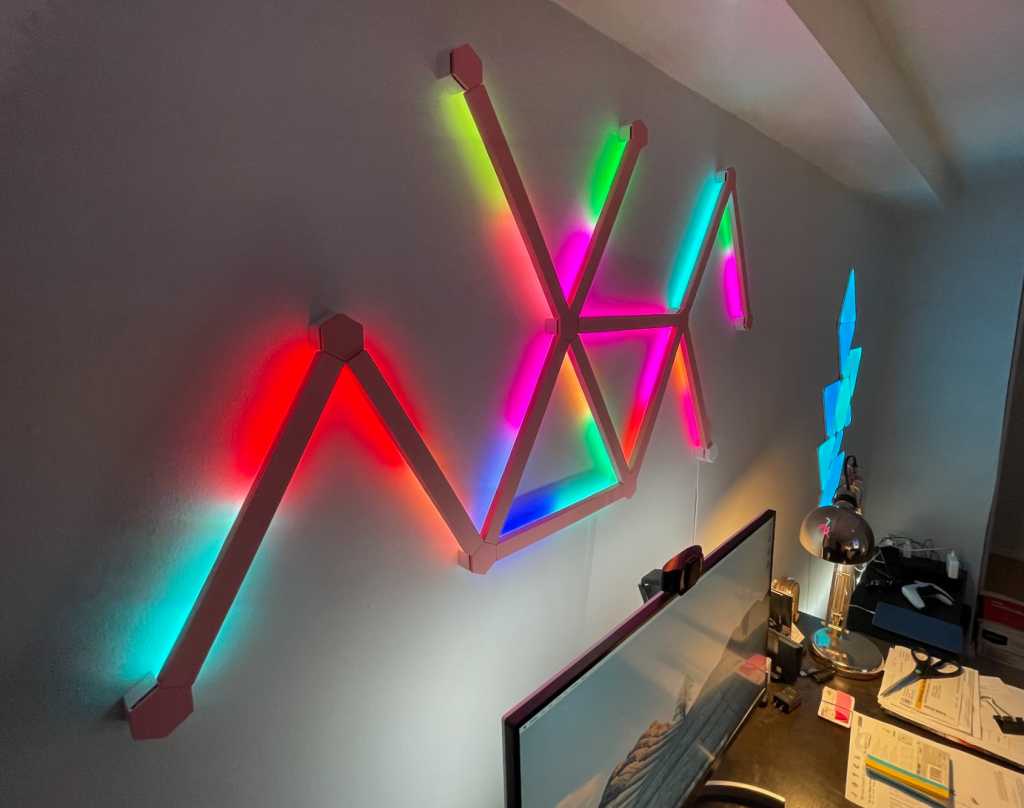 Nanoleaf kicked off 2022 by announcing that its light panels with Thread border routers would soon work with Thread-enabled HomeKit devices. Those plans have now been delayed until later this year.

Instead of arriving in the first quarter of 2022 (which ended a couple of months ago), Nanoleaf now says it’s looking at a third-quarter rollout for its promised HomeKit-over-Thread update.

Nanoleaf rep Alyssa Caterina said the update is “still a priority,” but the company is “focusing [on] some other exciting projects we are working on right now.”

Nanoleaf makes a variety of lighting products that support Thread, a low-power, IP-based smart home protocol. Thread is also a pillar of Matter, an upcoming (but twice-delayed) smart home standard that promises to unite the Alexa, Google Assistant, and Apple HomeKit ecosystems.

Nanoleaf’s software update would allow the Thread border routers in its Shapes, Elements, and Lines smart lights to connect with HomeKit-over-Thread devices, such as Apple’s HomePod mini, the second-generation Apple TV 4K, and a series of smart home products from Eve Systems.

As it stands, only the Apple HomePod mini and the second-gen Apple TV 4K, which both have integrated Thread border routers, can connect HomeKit-over-Thread devices to the internet. And pending the coming software update, Nanoleaf’s Thread border routers (which are built into the controllers of its Shapes, Elements, and Lines lights) only work with its own Thread-enabled Essentials lights.

“We certainly still plan to roll [the update] out,” Caterina said. “However, it affects a much smaller amount of our community since you would need a Nanoleaf Thread border router, an Apple Thread border router, and other third-party Thread products. In saying that, this is still a priority and something we are excited about, [but we] are just focusing on the projects affecting more of the community right now.”

While the controllers of Nanoleaf’s Shapes, Elements, and Lines smart lights have integrated Thread border routers, the lights themselves still connect via Wi-Fi. Nanoleaf’s Essentials A19 and Essentials Lightstrip do connect over Thread. 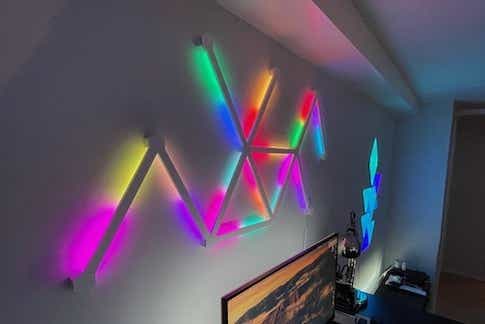