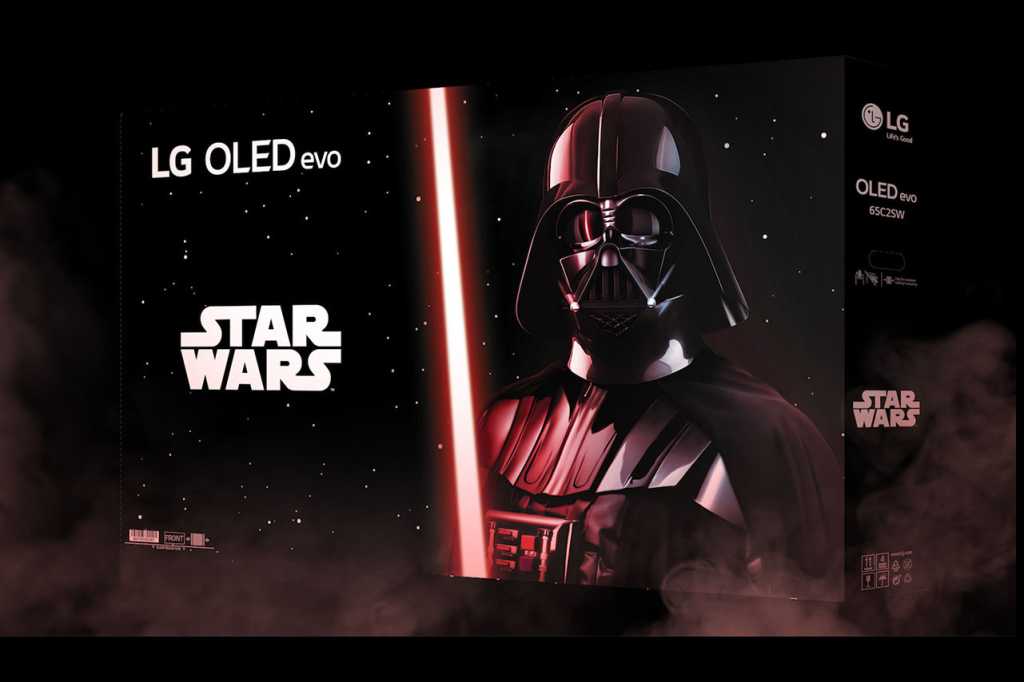 LG says it will manufacture a very limited edition of its 65-inch OLED C2 smart TV featuring a Star Wars-theme, which the company designed in collaboration with Lucasfilm. Only 501 units will be offered in the U.S. market, a nod to Darth Vader’s command of the 501st Legion.

The TV itself will have cosmetic Star Wars’ flourishes, and it will play the sound of Darth Vader breathing when the set is turned on. The box the TV arrives in will include a numbered certificate of authenticity, and will be emblazoned with an image of Vader holding his lightsaber. But the star of the show looks to be a customized version of LG’s Magic Remote, with a user interface that LG says will mimic the look and sound of Vader’s lightsaber.

When users activate the TV’s Gallery Mode, which displays paintings and other artwork as if the TV were a digital picture frame, they’ll be able to choose from two exclusive galleries of Star Wars-theme art: a Conceptual Designs category consisting of original storyboards and illustrated images related to the original films, and a Journey of Darth Vader that will feature movie posters and major movie scenes.

The TV will be on display at the Star Wars Celebration, happening May 26-29 at the Anaheim Convention Center in California. LG says it will release information about pricing and availability later.