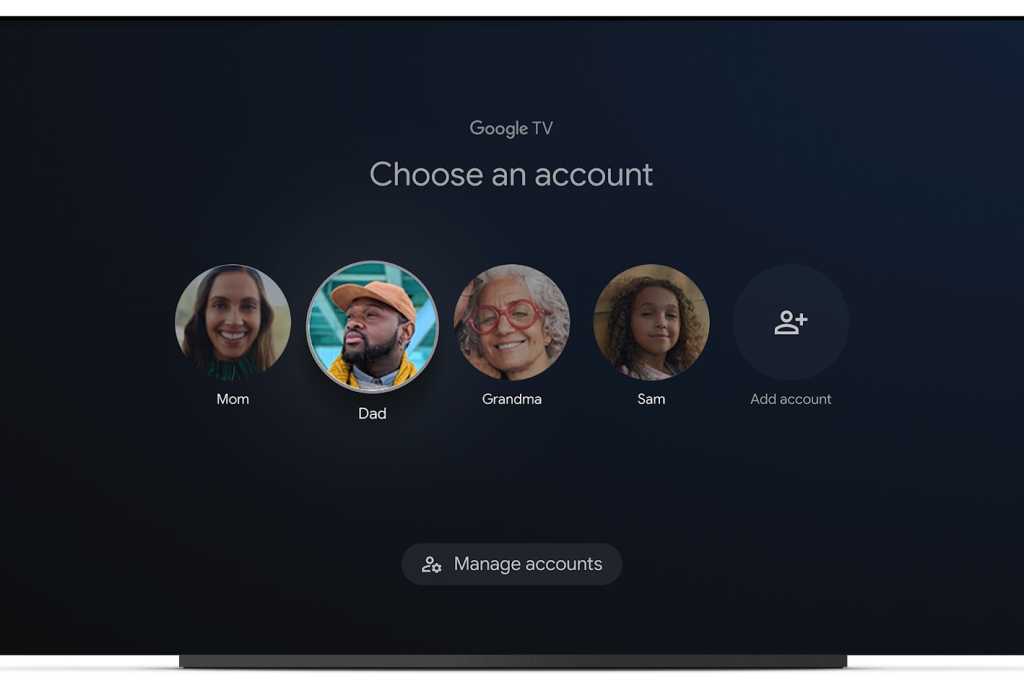 Well, better late that never. Google just announced that it’s finally rolling out user profiles to Google TV, a long-awaited feature that should fix one of the biggest complaints about the streaming platform.

Google says it will begin rolling out profiles to Google TV users starting today, but it might be a “few weeks” before the feature arrives for “all users,” so a little more patience may be required.

Google originally promised that multi-user support for Google TV would arrive last November, but the feature was ultimately delayed, and Google TV users have been biding their time ever since.

Once you create a user profile on your Google TV device (such as a TCL 4K TV or a Chromecast with Google TV), the platform will keep track of your viewing history to make streaming recommendations tailored to your interests.

You’ll also be able to set up your own watchlist, as well as ask Google Assistant for video suggestions or help with other Assistant-related activities.

The lack of user profiles was one of our chief criticisms in our original review of the Chromecast for Google TV. “Given the strong emphasis on personalization, you’d think the ability to switch between Google accounts would be on board from day one,” our own Jared Newman wrote.

Google TV actually did get some limited multi-user support last year, but only in the form of kids profiles with parental controls, which arrived in March 2021.

User profiles are common features for the most popular streaming sticks and boxes, including Amazon Fire TV and Apple TV.

That said, there’s at least one major streaming platform that doesn’t support user profiles yet: Roku, which instead points users toward the profiles offered by streaming apps such as Netflix, Disney+, and Hulu.