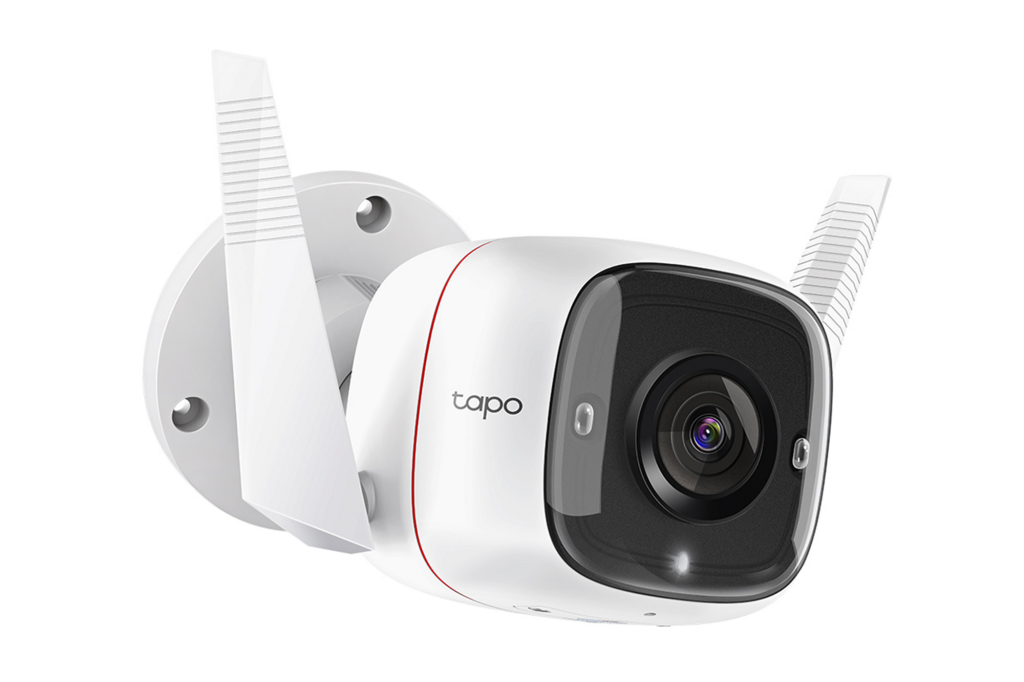 TP-Link says some of its Tapo smart home products, which have been available in Europe for more than two years, are now available to U.S. consumers via Amazon. The company had previously announced its intentions at CES last January. The launch of budget-priced products includes two indoor security cameras, two outdoor models, and a color LED light strip.

The Tapo C210 pan/tilt security camera ($34.99) is capable of panning its lens 360 degrees and tilting it up and down over a 114-degree arc. The Tapo C110 Spot camera ($29.99) is a stationary model with a 105-degree field of view. TP-Link says both indoor cameras features 2K resolution, AI-based motion and person detection, black-and-white night vision with 30-foot range, and two-way audio with a built-in siren and light alarm.

Each of the cameras can host a microSD card with up to 256GB of capacity (buyers will need to provide their own card), and there’s an optional subscription service for up to 30 days of video storage in the cloud.

TP-Link’s Tapo C310 and Tapo C320WS outdoor security cameras ($49.99 and $59.99 respectively) are also outfitted with 4-megapixel image sensors capable of delivering 2K resolution. The Tapo C320WS (pictured up top) features integrated spotlights and a starlight sensor for enhanced night-vision performance. Like the indoor models, these outdoor cameras support two-way audio, and are outfitted with slots to accommodate up to 256GB microSD cards for local storage, in addition to available subscription for cloud storage.

The Tapo Smart L900-10 LED light strip ($44.99) is a full-color model. The box shot TP-Link provided indicates that two strips measuring 16.4 feet each will be powered by a single wall wart and controller. TP-Link’s press release, however, states that the strip is 32.8 feet long, so presumably the two strips can be connected to each other. The L900-10 features up to 16 million colors, supports dimming, and can by synchronized to music.