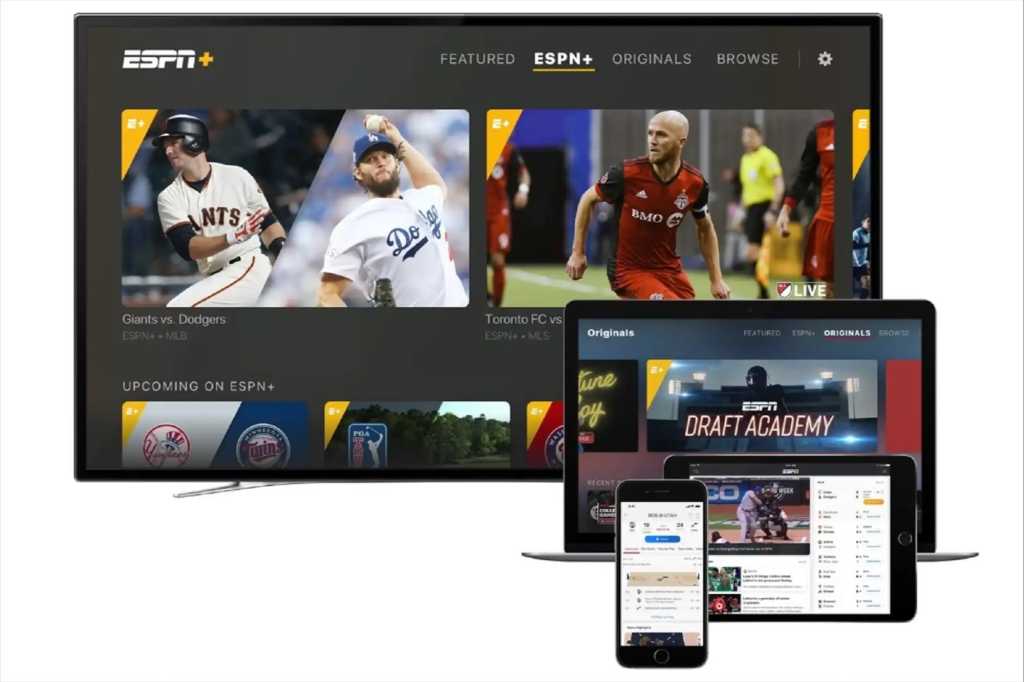 Disney CEO Bob Chapek obviously envisions an all-streaming future for ESPN, even if his own future at the House of Mouse is less certain.

“It will be the ultimate fan offering,” Chapek mused during an earnings call Wednesday. “It will appeal to superfans that really love sports, and I think there’s nobody but ESPN who could frankly pull that off. We don’t have a lot of specifics when it comes to structure, but we do believe that because sports is so powerful — in fact, in the last quarter, 46 of the top 50 most-viewed programs on linear TV were sports.”

For now, the ESPN+ streaming service remains a standalone, $6.99-a-month offering that delivers only some, not all, of the content on the more familiar ESPN basic cable network.

But while Chapek didn’t mention a specific timeline for (in one form or another) an all-streaming ESPN, he left no doubt that it’s getting closer.

It’s also worth noting the drift of certain key events from the ESPN cable network to the ESPN+ streaming service, notably moving an NFL game — the Denver Broncos vs. the Jacksonville Jaguars Oct. 30 in London — behind the ESPN+ paywall for the first time.

Sports inevitably would become a streaming tug-of-war between Amazon, Apple, Peacock, Warner Brothers Discovery, Paramount+, and anyone else with sufficient finances. ESPN+ has 22.3 million subscribers, up a million over the previous quarter, but Disney is suddenly losing money on streaming, otherwise known as direct-to-consumer, or DTC, in the industry. It reported an $887 million loss in the quarter, up from $290 million a year ago. Disney has lost close to $1.5 billion in the first six months of the fiscal year.

Chapek, whose response to Florida’s “Don’t Say Gay” law and subsequent beatdown by Gov. Ron DeSantis has fueled speculation that Disney might replace him, isn’t the first Disney CEO to push ESPN toward streaming. Bob Iger in 2015 predicted it was at least five years away.

“We’re very conscious of our ability to go more aggressively into the DTC area of ESPN,” he said. “And so what we’re doing is sort of putting one foot on the dock, if you will, and one foot on the boat right now. But we know that, at some point, when it’s going to be good for our shareholders, we’ll be able to fully go into the ESPN DTC offering.”