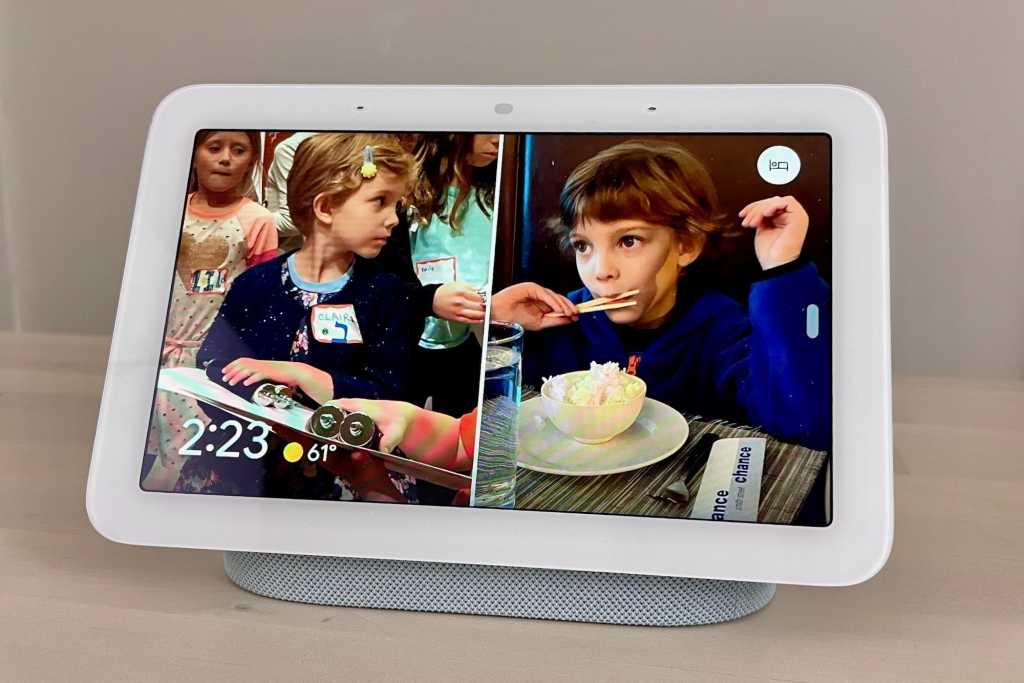 Want to give yourself a break from the “Hey Google” wake word? If you’re a Google Nest Hub Max user, your smart display is getting a pair of new ways to chat up Google Assistant without your needing to say “Hey Google” first.

Announced on Wednesday during the Google I/O keynote, the Google Nest Hub Max is getting a feature called “Look and Talk” that will let you start speaking to the Assistant with a glance at the screen, no wake word needed. The Nest Hub Max will also let you skip the wake word when setting alarms, asking for the time, and other common queries.

Set to start rolling out today, “Look and Talk” (a feature that 9to5Google first spotted way back in 2020) lets you start talking to Google Assistant when you look directly at the Google Nest Hub Max’s display. In a demo, a Google exec look at the Nest Hub Max’s screen and said, “Show me some beaches in Santa Cruz,” without saying “Hey Google” first. The Assistant promptly put up some snapshots of beaches in the area, adding “I found a few beaches near Santa Cruz.”

The “Look and Talk” feature works when the Nest Hub Max recognizes you via Face Match and Voice Match authentication, and Google says that Look and Talk interactions are “processed entirely on device,” meaning they’re not shared with Google or any third parties. The feature will also be able to distinguish between a passing glance and “intentional” eye contact, according to Google.

Another new feature for the Nest Hub Max is actually an extension of an existing one: “Quick Phrases,” which currently (for example) let you stop timers on Nest speakers by simply saying “stop.”

In the next few months, the Nest Hub Max will be able to handle more quick phrases that will let you do things like set alarms, ask for the time, and control your smart lights, all without saying “Hey Google.” For example, you can just say “turn off the living room light” to make the Assistant douse the lights in the room.

You’ll be able to pick and choose which “quick phrases” Google Assistant will respond to, Google said.