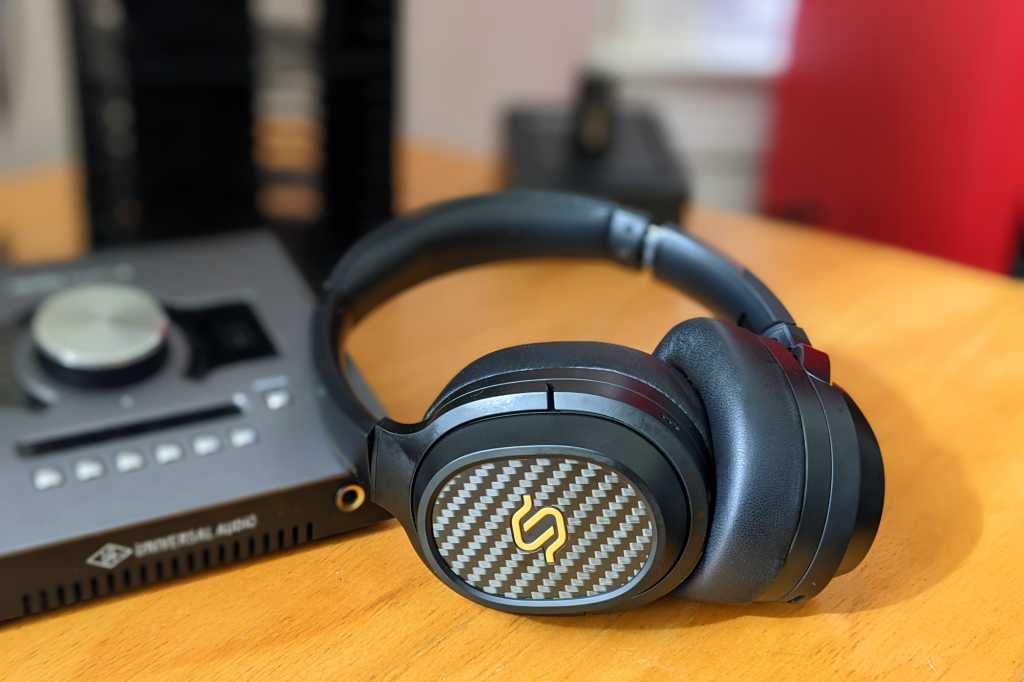 The Edifier Stax Spirit S3 is a pricey headphone, but it delivers excellent sonic performance thanks in part to its planar magnetic drivers. It’s surprisingly compact for a PM headphone, but if you want active noise cancellation, you’ll need to look elsewhere. Also note that it must be powered on even for wired use.

To my ears, Edifier’s Stax Spirit S3 is the best planar magnetic headphone I’ve tested–and that’s saying something: The Drop THX Panda (Bluetooth issues aside) and the mammoth Monoprice BT600ANC competition I’m using for comparison are hardly chopped liver. I should mention that saying “best planar” is tantamount to saying “best headphone.” At least in terms of accurate reproduction.

The Stax Spirit S3 is also less bulky than its rivals, although the technology inside requires that they be powered on even when you’re using a cable. They also lack active noise cancellation, but not everyone will consider that to be a demerit. If you do, check our Sony WH-1000XM5 review.

The Stax Spirit S3 is a standard headphone design done exceptionally well. There’s a generous amount of padding on both the ear cups and the headband that I truly appreciated; indeed, my auricles never came close to the speaker grills–a common headphone comfort issue for me. And while the fit was snug, it wasn’t irritatingly so, as with some others.

The Stax Spirit S3 use a USB-C connection on the bottom of the left-hand ear cup for charging. A combo power/volume/multi-function switch is located on then the right-hand cup, along with a microphone array and a 3.5 mm audio jack. Edifier provides both a Type-C to Type-A charging cable and a braided, non-coiled, 3.5mm audio cable with a 3.5mm to 1/4-inch adapter. Everything is delivered in a nice compact carrying case.

This headphone is on the small side for a planar model, measuring approximately 8.2 inches tall by 4.3 inches front to back; they’re just over 10 inches wide when extended evenly. That’s svelte compared to the aforementioned Drop Panda and Monoprice BT600ANC.

In terms of industrial design, the Stax Spirit S3 is handsomely styled in black, with etched plates on the ear cups. Edifier includes an extra pair of fabric pads if you prefer those to the lambskin leather pads (earmuffs, to Edifier) that are pre-installed. The company also provides a guitar-pick shaped spudger to help you tuck them in. In fact, it might actually be a guitar pick.

There’s also an app (of course) shown above which provides information, as well as the ability to define which actions are invoked by the multi-function switch, auto power off time, and even EQ compensation for the type of earpads/earmuffs being used.

About the only thing you might miss with the Stax Spirit S3’s is active noise cancellation. The snug fit, design, and materials will shield you from most ambient noise but if ANC is a feature you value, you’ll need to look elsewhere.

High-quality planar magnetic drivers like these make music sound more realistic. It’s mostly the refined definition of the mid-range frequencies. This is not, however, to diminish in any way the Stax Spirit S3’s other sonic characteristics. There’s plenty of top-end, lots of bass, and nicely defined sub-bass when there’s a call for it.

But while all the frequencies are present and accounted for, what impressed me most is how well balanced they are out of the box. I felt zero need to EQ anything at any point. That’s the sign of a superior, or at least lucky, design.

Tonal accuracy is also a characteristic you look for when mixing audio, where over-emphasized anything can mislead you into pumping up or tamping down a frequency range that doesn’t actually need it. That said, as a counterargument, a good engineer can compensate for just about anything provided they’ve heard the results on a variety of other equipment.

While the Stax Spirit S3 delivers fantastic sound, there’s a lot of hooey on Edifier’s website about 24-bit/96Khz Snapdragon Sound (named to coincide with the Qualcomm Bluetooth chipset that Edifier uses). A sampling rate of 96kHz has its benefits when it comes to recording and processing, but if you peruse the chart above, you can see that all the frequencies it captures are beyond the range of human hearing, not to mention the ability of most audio gear to capture or reproduce it. In fact, these upper frequencies must be filtered out or they can cause sonic havoc during playback. By the same token, encoding in 24-bit depth has its benefits, but mainly during recording.

The Qualcomm technology Edifier uses that might actually make a perceptible difference is the aptX Adaptive codec. aptX Adaptive supports very high bitrates, allowing high-resolution audio (up to 24-bit) to stream over a Bluetooth connection with very low latency (it’s backward compatible with the original aptX and aptX HD). You should note, however, that your playback device must also support aptX Adaptive (or at least aptX HD) to benefit. If it doesn’t, consider using a wired connection. And it should go without saying that the material you’re listening to needs to be well recorded—and encoded—in the first place. No audio technology can make up for what’s not there to begin with.

The Stax Spirit S3 is presents just 24 ohms of impedance. Less resistance can reduce amplifier distortion, because the amp doesn’t need to work as hard. Speaking of amplifiers, you’ll want to be aware that the Stax Spirit S3 must be powered on even when connected via an analog cable. Run out of juice and you might as well be wearing a hat. You’ll also need to change the rechargeable battery once it fails to hold a charge. The audio quality is worth it, but it’s still worth remembering.

Edifier claims 80 hours of listen time from the Stax Spirit S3’s 1500mAh battery. That’s fantastic, but I’d never finish this review if I listened to this headphone until its battery died. I can tell you that I left them playing on my desk overnight and they were still honking away in the morning–with upwards of an 80 percent charge still remaining. The company also claims that a 10-minute charge will provide 11 hours of listening time. That’s a good thing considering the always power-on requirement.

Edifier makes bold claims about the clarity of phone calls using this headphone’s mic. Folks on the other end of my phone calls didn’t realize I was on a headset, so that’s positive on that side. Phone-call audio quality on my end, however, was merely okay, with some very slight, but noticeable Bluetooth-like phase distortion. But it’s difficult to say how much of that can be attributed to the headphone and how much to my phone.

Stax Spirit S3: Pricey, but worth it?

Planar magnetic is a sexy, premium-priced technology, and only you know if you’re willing to part with $400 for a headphone. I can tell you that the Stax Spirit S3 sound as good or better than anything I’ve tested or heard, and they’re one of the few headsets I’d use for mixing, thanks to their extreme accuracy. If active noise cancellation is a must-have feature for you, Sony’s new WH-1000XM5 headphone are scoring equally gushing reviews lots of critics. And unlike the Edifier’s cans, Sony’s can be used without power. If ANC is a must-have feature, you should check those out, as they are priced the same. 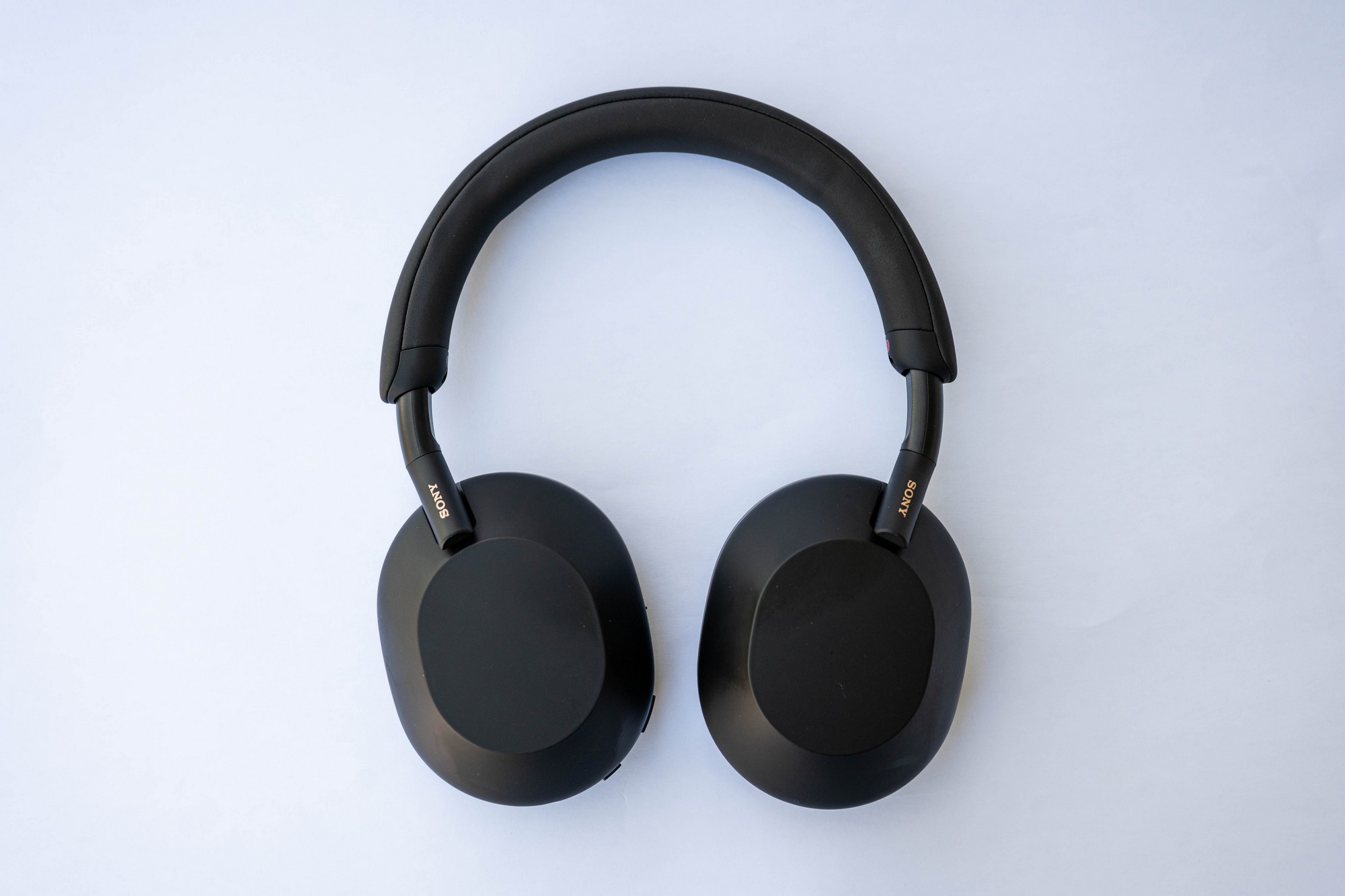