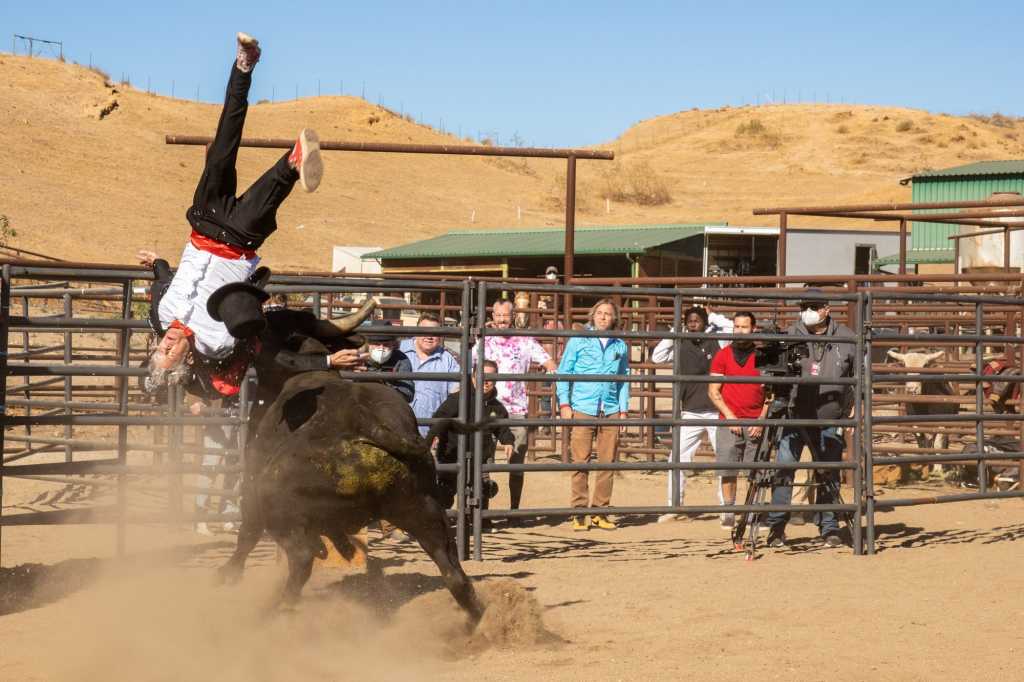 “Jackass,” the long-ago MTV series that turned the fart into performance art and a string of films, will return to television with a new series on the streaming service Paramount+ following the box-office performance of “Jackass Forever.”

The new series is the first to emerge from Paramount Global’s plan to launch TV spinoffs from successful movies. The R-rated “Jackass Forever,” with Johnny Knoxville at age 51 leading an assembly of pranksters, stuntmen, and gross-out artists, surprised when it opened in February as the top box-office attraction with $23.5 million from 3,604 theaters.

“We’re working with the creators to continue the partnership with a new series,” said Paramount Global CEO Bob Bakish in a first-quarter earnings call with analysts this week, “bringing even more ridiculous antics straight to Paramount+.”

The original “Jackass” lasted three mini-seasons from 2000 to 2001 on MTV, inspiring spinoffs such as “Wildboyz” and “Viva La Bam.”

Their “Jackass” pain is the audience’s gain: A Nova Legal Funding report found that, even before “Jackass Forever,” the performers had more than $25 million in medical bills. In “Jackass Forever,” Knoxville suffered a concussion and brain hemorrhage, a broken wrist, and broken ribs when launched into the air by a bull.

“Jackass 4.5,” a film assembled from extra “Jackass Forever” footage, is scheduled for release May 20 on Netflix.