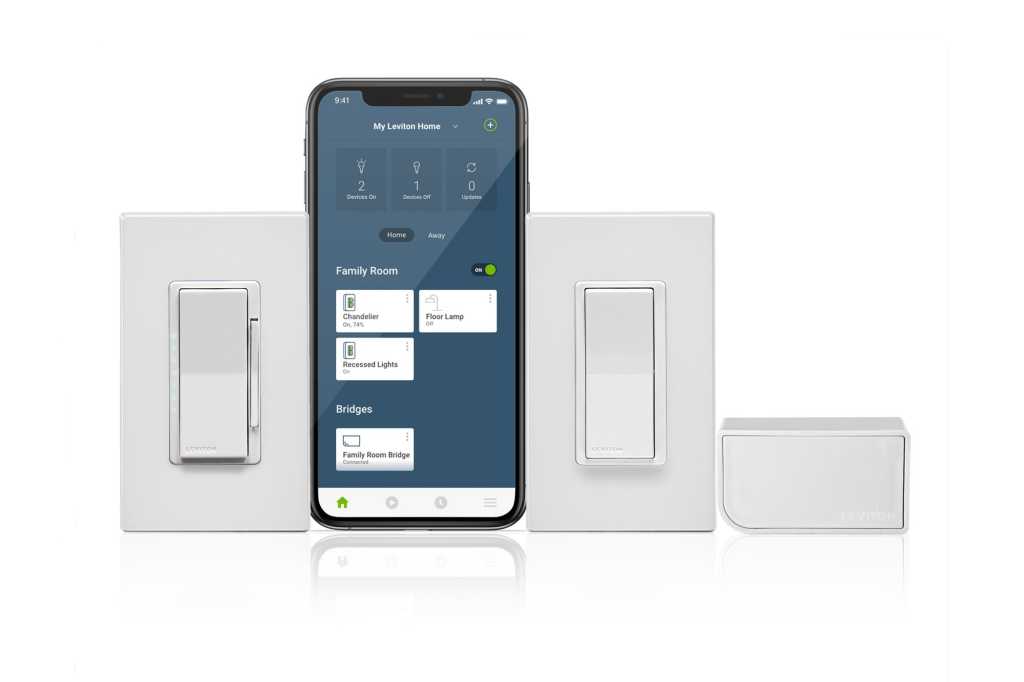 Leviton has added five new products to its Decora Smart lighting product line, including a new switch and a new dimmer that don’t depend on the presence of a neutral wire in the box you’ll install them.

Anyone who’s tried to upgrade the switches and dimmers in their older home knows the frustration of pulling the old light switch out only to discover there’s no neutral wire in the box. Smart switches and dimmers have radios that must be constantly powered to receive and relay commands, even when the switch is turned off, and that power typically comes from a neutral wire.

Leviton’s new Decora Smart No-Neutral Switch ($44.99) and No-Neutral Dimmer ($49.99) solve the no-neutral-wire problem with the help of a companion device that plugs into any electrical outlet: The Decora Smart Wi-Fi Bridge ($19.99) forms a discrete mesh network that can support up to 25 Decora Smart No-Neutral devices in spaces up to 2,500 square feet. The Bridge, which is about the size of a phone charger, connects in turn to your 2.4GHz Wi-Fi network, so you can program and control these switches and dimmers with the My Leviton app on your smartphone. No other hub is required.

“It’s not like a hub that has to go in a rack on a shelf somewhere,” says James Shurte, Leviton’s senior product manager. “You don’t need to plug it into ethernet or have a separate power brick or anything like that. It just plugs into the wall [outlet].”

Decora Smart No-Neutral Switch and Dimmer: Although GE Lighting was first to market, in 2020, with a no-neutral switch and no-neutral dimmer that operate over Wi-Fi without a hub, the dimmer requires an adapter to control some types of lights. You can read our full review here (note that the product’s name changed after GE Lighting was acquired by Savant).

After plugging in the Wi-Fi Bridge, add it to the My Leviton app and you’re ready to go – your no-neutral-wire home has just undergone a quick retrofit.

Decora No-Neutral Wi-Fi Bridge: This is the most valuable player among the no-neutral trio. The No-Neutral Switch and Dimmer will not work without the little bridge.

“It literally just bridges a more low-power RF connection from the no-neutral devices to Wi-Fi and to your connected smart-home services,” says Shurte.

Note the $20 price. As a comparison, the $60 Lutron Caséta Wireless In-Wall Smart Smart Dimmer, which is also compatible with Apple’s HomeKit ecosystem, requires a $92 Caséta Wireless Bridge. You can read our review of Lutron’s starter kit at this link.

Decora Smart Wi-Fi 2nd Gen Motion Sensing Dimmer: This one’s for post-Reagan-era homes with a neutral wire. You’ll get more sophisticated features, such as ambient light sensing that keeps light off when there’s adequate natural light in the room, and auto-dimming that lowers light levels at a designated night setting.

Overnight, a built-in guide light serves as an on-call nightlight: Walk into the room, drowsily, late at night and now you won’t walk into a wall. And if you’re locked into your nightly TV session, a motion snooze function disables motion detection for as long as you want.

Multiple Leviton devices? Turn them on or off in unison, based on motion, using the app’s room-occupancy response feature.

Decora Smart Wi-Fi 2nd Gen Tamper-Resistant Outlet: This second-generation product, neutral wire required, adds HomeKit/Siri control to Amazon’s Alexa and Google Assistant. Like the other Deocora products, it also works with Leviton’s Anywhere Switch Companion, a battery-powered, stick-on-the-wall device you can pair with any Leviton smart device and use multi-location or three-way controls without wiring.

“There’s just not a lot of smart-outlet solutions on the market that work with HomeKit,” says Shurte, “or if they do they’re very expensive. You can see them upward of $70 to $80.”