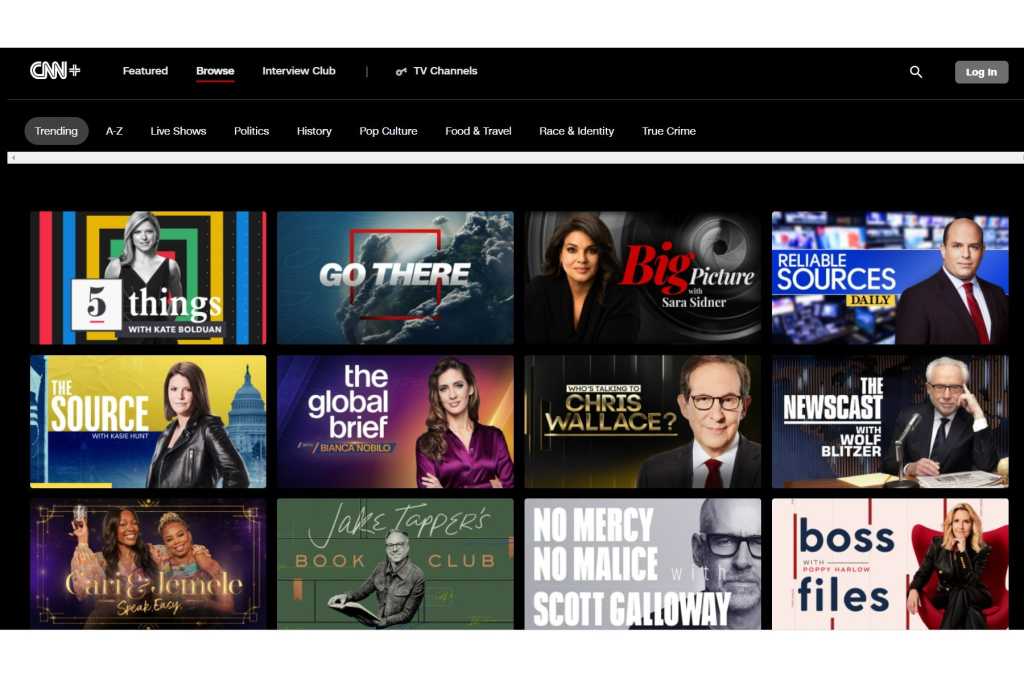 CNN’s colossal miscalculation known as CNN+ officially ends today, as first reported by Digital Trends. That’s two days earlier than its previously announced pull-the-plug date and less than a month after its launch.

Perhaps this marks the unofficial end of COVID-19, when streaming services no longer can count on a homebound population with little else to do besides binge-watching–even if only to see Anderson Cooper or Sanjay Gupta without a tie. Days earlier, Netflix announced it had lost 200,000 subscribers in the first quarter, with prospects of losing 2 million more by June.

Does anyone even remember Quibi now?

At least CNN+ subscribers, estimated at about 150,000, will receive prorated refunds. The cable network’s Deal of a Lifetime plan, which enticed subscribers with a 50 percent discount at $2.99 a month instead of the standard $5.99, now looks particularly ill-conceived.

CNN+ was also a victim of its own bad timing, not just with the emergence from COVID but in planning this massive project conceived by CNN president Jeff Zucker before Discovery’s merger with WarnerMedia. Zucker, of course, resigned in February after acknowledging an improper workplace relationship with a senior executive.

Chris Licht, executive producer of The Late Show with Stephen Colbert, was supposed to replace Zucker May 2, but found himself on April 21 telling about 400 CNN+ staff members that their gig was about to end even before his officially began. (About 350 will be laid off.)

Discovery, from the beginning, apparently found WarnerMedia’s grandiose expectations of 2 million subscribers within a year as, charitably, unrealistic. What, then, did it think of WarnerMedia’s plan to spend $1 billion on CNN+ in the first four years, as reported by Axios?

That was CNN+, ultimately a $300 million loser. Now this is CNN, again, and it’s up to Licht to determine where it’s going.