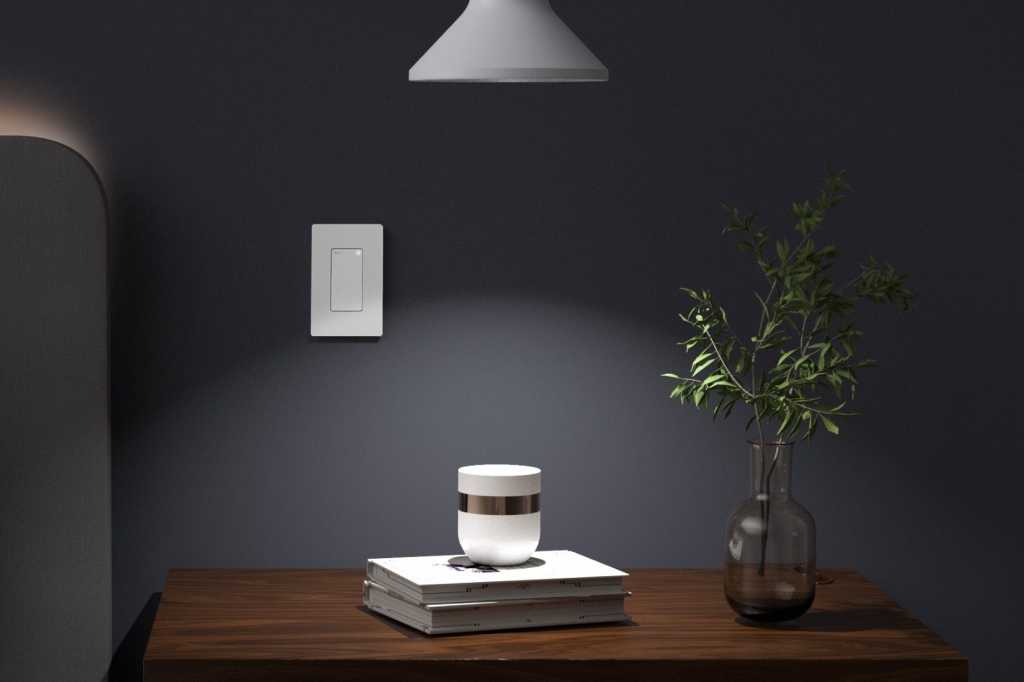 Image: Wyze
At a glance

The Wyze Switch is incredibly inexpensive, but it has a very basic feature set and is suitable only for single-pole circuits. Buyers should be aware that Wyze doesn’t offer a three-way model, nor does it have a smart dimmer.

Wyze is known for its low-cost, no-frills smart products, and the new in-wall, Wi-Fi-controlled Wyze Switch is no exception. Street prices for the same type of product from low-priced brands such as Amazon Basics, TP-Link’s Kasa Smart, and Treatlife hover around $18. Top-shelf brands like Leviton, Eaton, and Square-D expect to fetch anywhere from $50 to $60 for their Wi-Fi switches. Wyze has priced its switch at just $8.99—including a cover plate. You can find smart plugs priced in that neighborhood, but they’re ugly and they can’t control sconces, ceiling cans, and other hardwired light fixtures.

As smart switches go, it’s as basic as they come, supporting only single-pole installations and requiring neutral wiring in the receptacle. It’s available in just one color: white. To be fair to those higher-end brands, their ecosystems include dimmers, three-way switches, and lots of color options.

This review is part of TechHive’s coverage of the best smart switches, where you’ll find reviews of the competition’s offerings, plus a buyer’s guide to the features you should consider when shopping for this type of product.

Wyze includes two wire nuts, a single pigtail (for the neutral wire), and a basic manual in the box. The Wyze app does a capable job of walking you through physical installation, though, as with any switch installation, you’ll need some basic electrical knowledge to complete the job with confidence. The unit is designed with wire slots on the reverse, so unless you have more than two line or load wires, the only pigtail you should need is for the neutral line.

I found these slots a bit difficult to deal with, as one of the line wires kept slipping out after tightening the screw. But that was nothing compared to trying to wedge the switch back into the electrical box in the wall. The Wyze Switch doesn’t seem to be oversized, but I spent half an hour trying to get the switch in place, and still never got it fully flush against the wall. By the time I was done with the job, my fingers were raw and I was sweating.

From there, setup in the app is almost mindlessly simple. The app automatically detected the switch—no scanning of QR codes required—and asked for my Wi-Fi credentials (the switch can operate only on 2.4GHz networks). After a firmware update, I was ready to go.

As this is a switch and not a dimmer, a single button press turns the load on and off. You’ll want to note that it is a button, not a paddle; there’s no “off” and “on” positions. On the upside, you can extend its feature set by setting up controls for double-press, triple-press, and press-and-hold actions. These controls can operate other Wyze products you might have in addition to the connected load. For that matter, if you use a Wyze smart bulb, you don’t need to connect the switch to the load at all: The switch can be configured to control compatible bulbs wirelessly, even if they’re connected to different circuits.

A randomized vacation mode and a simple one-off timer that lets you turn the light on or off after a set amount of time are also easily accessible in the app. I had minimal trouble using the switch in regular operation, though occasionally it would drop off my Wi-Fi network and/or become slow to respond, sometimes missing on/off commands altogether.

The Wyze Switch can be controlled with Alexa and Google Assistant voice commands and it’s also compatible with IFTTT, but there is no support for Apple’s HomeKit ecosystem. It lacks any energy monitoring features and, curiously, does not include a hardware air gap switch. On some smart switches and dimmers, opening the air gap cuts power to the entire switch; on others, it just cuts power to the load. In any event, it’s a relatively common feature that I’ve found on nearly every other smart switch I’ve reviewed, so its absence here is curious. Also note the unit comes with a small status light that works well as a switch finder as well as a nightlight. If you consider such things light pollution, it can be easily disabled in the app.

As with most Wyze products, the final calculus really comes down to value. At $9 each, you can outfit an entire average-sized home with these switches for not a lot of money. They look fairly sharp and while they aren’t perfect, they work well enough. Your calculus might change, however, if you have multi-way circuits where one light is controlled from two or more switches, or if you want dimmers on some lights. Or you can wait for Wyze to come out with a similarly cheap smart three-way switch and a dimmer.

A final word on price: Wyze Labs has been known to introduce new products with a crazy-low price tag, and then bump the price up over time. If you want this product for this price, you might want to move quickly.