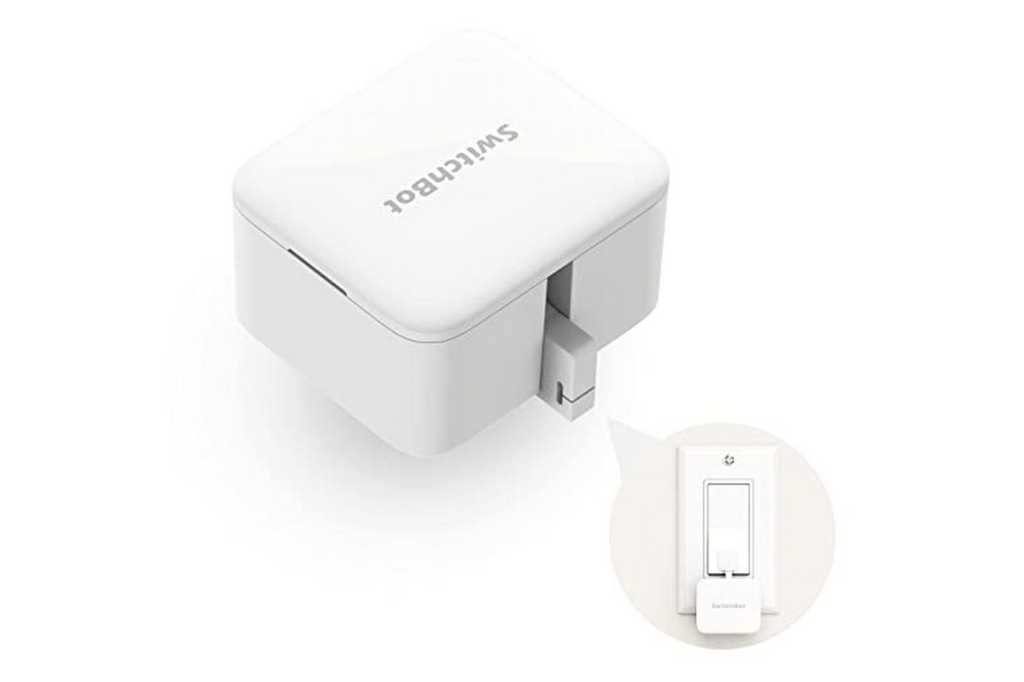 Image: Switchbot
At a glance

The SwitchBot Bot is a decidedly simple—and not very attractive—way to press rocker switches and a few other types of buttons.

Not everyone wants to expose themselves to high-voltage wiring just so they can control their lights with their smartphone. If you’re not comfortable with electrical work or are renting your home, that type of retrofitting probably isn’t an option anyway. The SwitchBot Bot—like the Switchmate we reviewed earlier—attaches to your existing switch instead of replacing it.

The SwitchBot Bot couldn’t be simpler. The Bluetooth-only device is about the size of a pillbox and features a tiny, telescoping arm that pops out of the center of one side before retreating back into the unit. The arm can only extend a couple millimeters, which means it can flip a rocker-style light switch but not a more traditional toggle switch.

This review is part of TechHive’s coverage of the best smart light switches, where you’ll find reviews of the competition’s offerings, plus a buyer’s guide to the features you should consider when shopping for this type of product.

The unit attaches via adhesive tape directly to the light switch cover plate—a contrast to the magnetic system that Switchmate uses. That makes it a bit more secure, though its aesthetics are considerably less appealing. It’s powered by an included 3-volt CR2 battery, which the manufacturer says should last up to two years.

Out of the box, the Bot has a minor problem in that it can only press on a single location, which means that it can only flip one side of a switch, not both. This can be remedied by switching the device from “press mode” to “switch mode,” which gives the app “on” and “off” capabilities by swinging the arm the other direction.

To make this work, though, you must connect an included adhesive-and-string affair between the Bot’s arm and the switch, which allows it to both push and pull. It’s an even less attractive solution than the press-only Bot, but it does get the job done (otherwise you’d need a pair of Bots, one for turning the switch on and one for off).

While the Bot is clearly focused on light switches, if you have another device with a button in just the right place, the Bot might work with it, too. I was able to get the Bot to work with both our coffee maker and electric kettle—and was even able to hack together a way to get it to press a garage door controller button—although again, the aesthetics of having a plastic cube stuck to the front of all these devices left much to be desired.

The SwitchBot app—which sets up via a simple Bluetooth pairing process—is fairly bare bones, letting you flip the switch on demand or set a timer if you want to, say, turn the lights on (or get that coffee brewing) at the same time every morning. The unit can also be set to hold its arm down for a longer length of time (up to 60 seconds) if you have a button that takes more than a tap to engage. The unit works with Alexa and Google Assistant for voice control, as well as SmartThings and Siri, but only if it’s paired with the SwitchBot Hub Mini ($39) Wi-Fi bridge. SwitchBot doesn’t formally support Apple’s HomeKit ecosystem, but some workarounds exist.

At $29, the SwitchBot Bot isn’t a big investment, but neither is the Switchmate, which runs just $35. For a temporary light-switch control situation, Switchmate is the better product: It looks better on the wall and doesn’t require the adhesive hack for on/off operation. On the other hand, Switchmate can’t help you get your coffee going in the morning: If there’s a button like this in your life that absolutely needs remote pushing, this Bot’s your buddy. 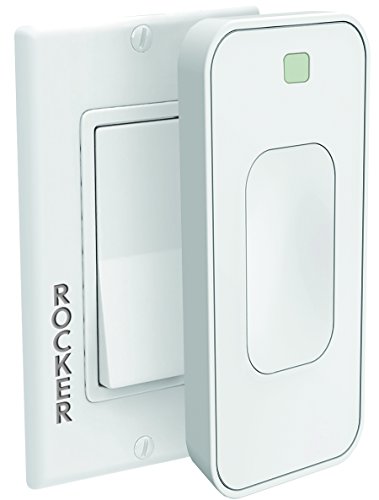