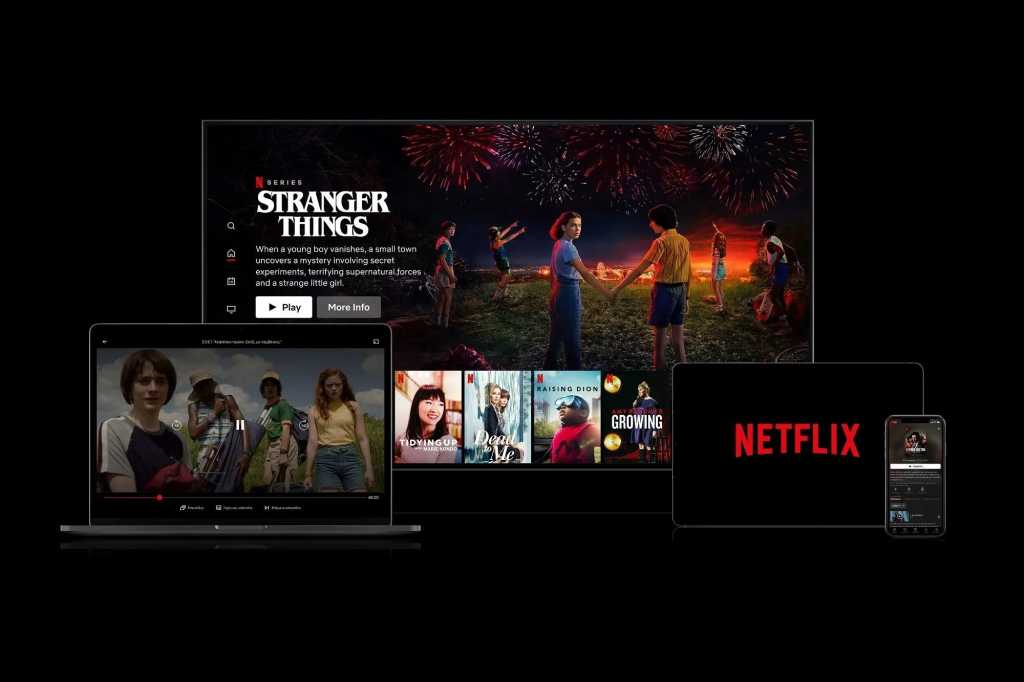 Last quarter, Netflix lost subscribers for the first time in more than a decade, but the company would rather not dwell on the most obvious explanation.

Never mind the clear cause-and-effect on display here, Netflix tried to assure shareholders that the bigger sources of its current woes are competition and password sharing. It plans to address the former with better content, and the latter with stricter countermeasures (more on that shortly). It also aims to introduce an ad-supported tier in the next year or two.

Still, those plans distract from the harsher reality: Price hikes have consequences in a market with no shortage of other options, and Netflix can’t keep relying on them like it used to.

The competitive landscape in video streaming

To be fair, Netflix blaming “competition” for lost subscribers might be a euphemism for its deeper challenges with price hikes. If Netflix had a monopoly on TV consumption—like cable TV once did—it would have a much easier time raising prices.

But while complaining about too many streaming services is a popular pastime among some cord-cutting naysayers, this competition has its benefits: Dropping Netflix has only gotten easier in recent years as new streaming services have emerged with their own compelling catalogs. And if you dig deep enough into Netflix’s shareholder letter, the company does acknowledge that price hikes were largely to blame for the 600,000 subscribers it lost in the United States and Canada last quarter.

Indeed, the best way to offset Netflix’s price hikes is to spend a few months without it and sample the likes of Disney+, HBO Max, Hulu, Apple TV+, or Peacock. No one’s making you subscribe to every service all at once, so you can save money and expand your streaming palate by picking up one of these alternative services instead. (You might even find that they have better content and more interesting interfaces.)

Every time Netflix raises prices, it must reckon with this reality. At $20 per month, Netflix’s 4K plan is already more expensive than any other service—the closest alternative is HBO Max, at $15 per month—and even its HD plan is on the pricey side at $15.50 per month. Voting with your wallet is easy when the competition is just a few clicks away.

The newly competitive landscape also helps explain why Netflix is now looking to password sharers for a bailout. In its letter to shareholders, the company estimates that more than 100 million households worldwide are accessing someone else’s account, 30 million of which are in the United States and Canada.

In recent months, Netflix has started formulating a response. It briefly tested a system last year that asked users to prove they’re not sharing passwords, and last month, it launched a test in Chile, Costa Rica, and Peru that lets password sharers pay for up to two extra accounts, each with their own profiles.

Note that Netlfix is not dealing with a sudden spike in password sharing. The company says that the percentage of people sharing their accounts has not meaningfully changed over the years. It’s simply paying more attention now because subscriber growth has slowed, and those 100 million sharers seem like a juicy target for fresh revenue.

But this crackdown will have its challenges as well. Some account sharers may not consider a subscription to be worth paying for at any price, and mechanisms to prevent it could also create new inconveniences for paying customers.

Password sharing could also a valuable weapon against churn, as Netflix customers are among the least likely to abandon their subscriptions on a seasonal basis. A subscriber that shares their password with far-flung family members might be less likely to cancel even in the face of repeated price hikes.

I suspect this is why Netflix is not moving all too swiftly on the password-sharing front despite its well-publicized experiments, with no plans to expand its crackdown in the United States for another year. Just as garden-variety price hikes might cause customers to flee, draconian account control measures could turn off paying subscribers as well. If you’re sharing a password with a friend or family member, I wouldn’t lose much sleep over it right now.

In the end, this all comes back to price hikes. People have a limited amount of money they’re willing to spend on streaming services, and each time the cost of Netflix increases, competing services and password sharing start to look like more compelling alternatives.

The hard truth for Netflix is that it can’t keep raising prices without exacerbating those other issues. That may explain why the company doesn’t want to fixate on those price hikes too much.

Sign up for Jared’s Cord Cutter Weekly newsletter to get this columns like this delivered to your inbox each week.