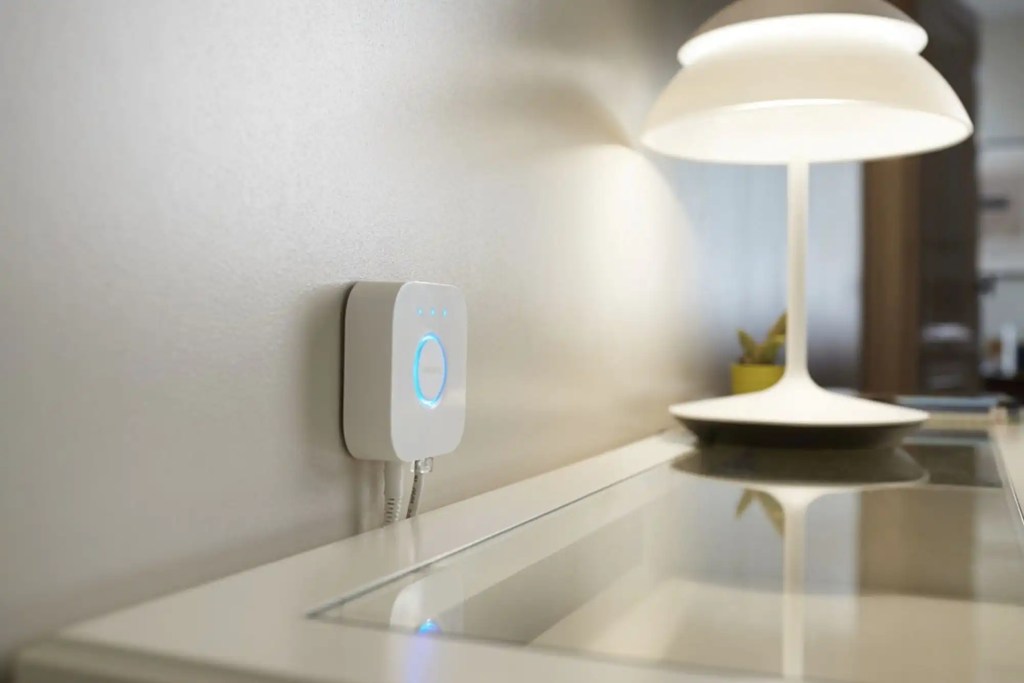 With its latest app update, Signify-owned Philips Hue now lets you have two or more Hue Bridges tied to a single Hue account, but that doesn’t fix the biggest limitation of the Hue Bridge: its 50-device limit.

The Hue update went live this week (as first noted by HueBlog), and it adds the new option under the “My account setting.” Here’s how it’s described in the app: “Multiple bridges per account using Hue Homes. Always out of home control.”

The key detail here is “out of home control;” namely, you must sign in to your Hue account to control your Hue lights when you’re away from home, and up until now, you could only assign one Hue Bridge per Hue account.

That’s a step in the right direction, but it doesn’t change the fact that the Zigbee-enabled Hue Bridge only supports a maximum of 50 devices, and dealing with more than a single bridge is a royal pain. (Yes, first-world problems, but still.) The Zigbee protocol that the Philips Hue system is based on generally supports up to 250 nodes. It’s feasible to have Zigbee networks with more than 250 nodes, but that can become more complicated than a DIY system such as Hue should be.

Fifty Hue devices might sound like a lot, but it’s surprisingly easy to reach that limit; after all, most of us have more than one light in each room (my kitchen, for example, has six Hue bulbs, as well as an under-counter light strip.) And you can have Hue lights indoors as well as outside–on your porch, outside exterior doors, and in your landscaping. Also, you’ll need to consider that the device limit includes Hue accessories, such as buttons, motion sensors, dimmer switches, and third-party Friends of Hue devices. If you’re all-in with Hue lighting, you might hit that 50-device pretty quickly. (You actually can cram more than 50 devices on a single Hue Bridge; 63 is the hard limit. But once you cross the 50 mark, reliability can take a nosedive).

Luckily, there are workarounds, such as third-party apps like iConnectHue that seamlessly support two Hue bridges. Apple’s HomeKit platform will also let you add and control multiple Hue bridges at once. Still, it’s vexing that the official Hue app only allows you to control one Hue bridge at a time.

Hue creator and head of technology George Yianni addressed the Hue bridge’s 50-device limit at last year’s IFA conference in Berlin, where Hue app version 4.0 was first announced. Here’s what he said at the time:

We keep the limit the way it is for now because we don’t want to compromise the reliability. This limit that we have at 50, that really lets us guarantee no matter how your home setup is made that it will work really well.

That logic makes perfect sense, but it also leaves the Hue ecosystem with (as one Reddit user described it) with an inherent “scalability” problem. Indeed, there’s a lengthy thread at the Hue subreddit riddled with complaints from dedicated Hue users looking for elegant ways to control multiple Hue bridges simultaneously. Unfortunately, there aren’t any silver bullets so far.

It’s not clear if Hue is actively working on better ways to extend the 50-device limit of the Hue Bridge, or whether it’s even possible to do so without releasing all-new hardware. I’ve reached out to Hue for comment.