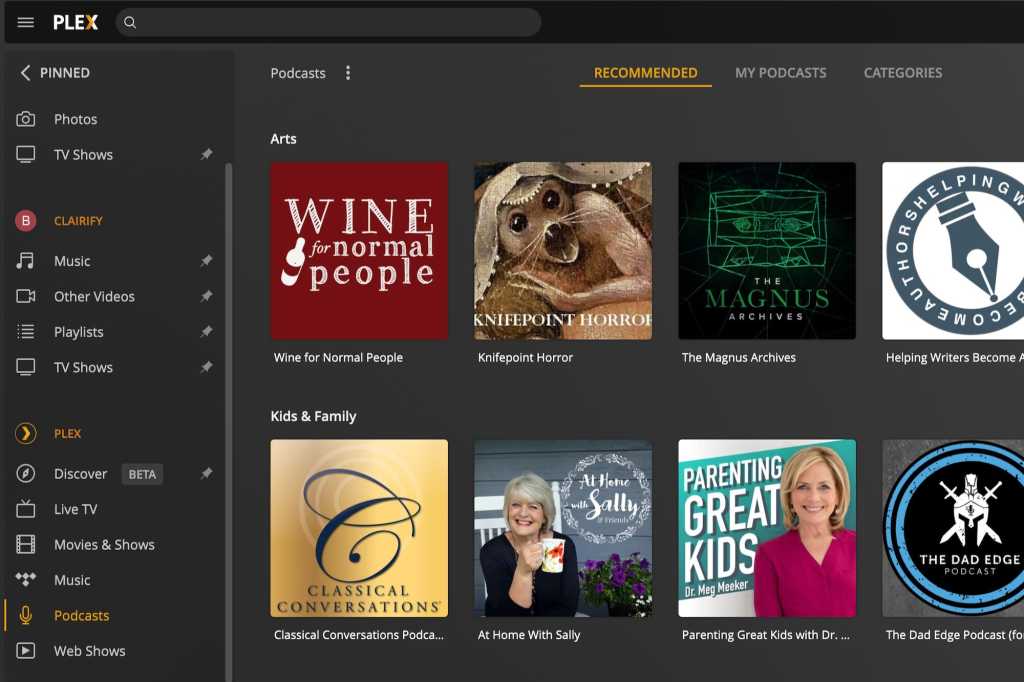 Judging from last week’s news about its new universal search and discovery features, Plex wants to be your one-stop shop for all things streaming. As of this Friday, however, podcasts and web shows won’t be on the menu anymore.

Just days after rolling out the ability to search for and discover videos across a wide range of streaming services, Plex (as first reported by XDA Developers) announced on its support forum that it will yank support for podcasts and web shows on Friday, citing its “ongoing effort to make sure we’re spending our time and energy in ways that best serve our awesome user community.”

After apologizing for the “inconvenience,” Plex detailed how users can download a list of podcast subscriptions in OPML format, which can then be imported into another podcast app or service.

Reached for comment, a Plex rep told TechHive: “Plex’s decision to drop support for podcasts and web shows stemmed from light traction for both. While web show support is ending, Plex did observe that the best performing content was entertainment-related, so we hope to bring that type of content into the right context across the app over time.”

As XDA Developers notes, Plex first added podcasts and web shows back in 2018, but its support for those services was perfunctory at best.

Plex users have a number of active threads on the company’s support forum about broken or iffy podcast functionality, including playback, episode sorting, and podcast management issues. “I think we can all agree that podcast support in Plex is a hot mess,” one user wrote last summer. “Currently, I use Plex to manage and consume all of my media EXCEPT podcasts.”

While support for podcasts and web shows (which includes videos from the likes of TechCrunch, GQ, Game Trailers, Vanity Fair, and Epicurious) languished, Plex began focusing instead on growing its own library of ad-supported movies and TV shows, as well as linear streaming TV channels.

Last week, Plex unveiled two of its most ambitious features yet: the ability to search for movies and shows across hundreds of streaming services, including Amazon Prime Video, Apple TV+, Disney+, HBO Max, Hulu, Netflix, and Peacock, as well as a discovery feature for browsing trending videos.

But with plenty of other services–namely Spotify–going all-in on podcasting, it’s not surprising that Plex threw in the towel. Same goes for web shows, where YouTube remains the go-to destination.

Updated shortly after publication to add a comment from Plex.

Editor’s note: The author’s spouse is a staff member at Amazon Prime Video.