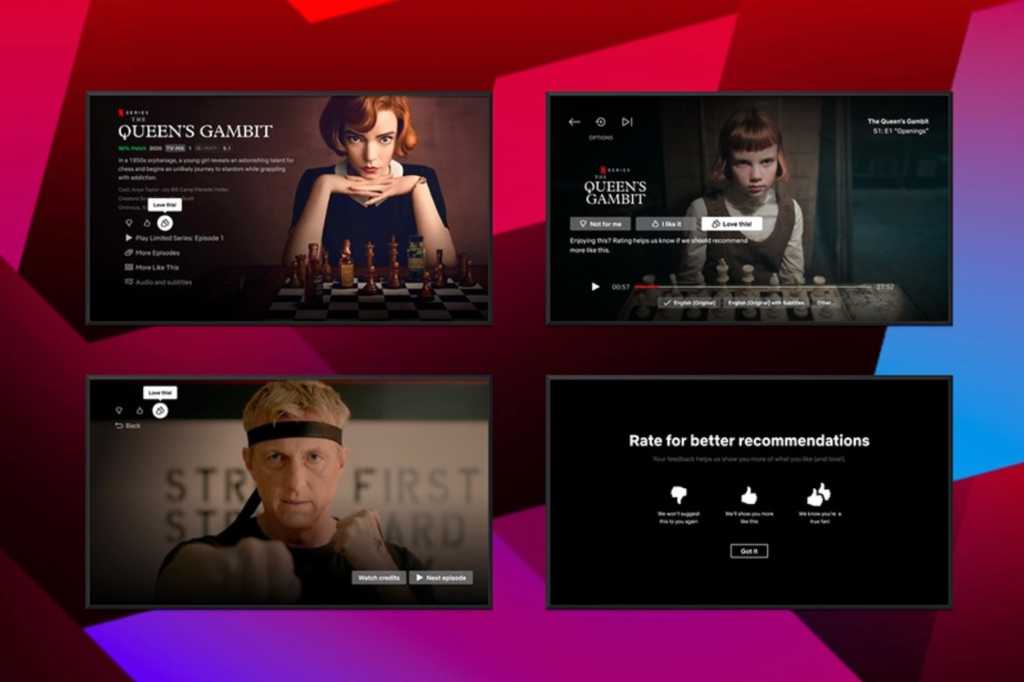 So, did you really, really like that Netflix movie you just streamed? If so, you can now give it double the thumbs rather than just one.

Netflix says you can now give two thumbs up to a video, the first major change to the streamer’s viewer rating system in five years. Most recently, users only had two options for rating a video: a thumbs up or thumbs down.

Netflix calls the new ratings system, which is now live on iOS, Android, smart TVs, and web, a “way to fine-tune your recommendations,” with two thumbs up meaning that “you’re really into something.”

The new two thumbs up option (any similarity to Siskel & Ebert’s classic At the Movies show is a “happy coincidence,” Netflix told Variety) adds a tad more complexity to a viewer ratings system that the streaming giant drastically simplified back in 2017.

Back then, Netflix had a five-star rating system for videos, and many viewers (myself included) had lovingly curated ratings for movies and TV shows they’d either streamed or rented on disc over the years. In addition to the five-star rating, there was a circle with a slash through it for “not interested.”

When Netflix nixed the five-star ratings in favor of a simple thumbs up or down, there were howls of protest. But Netflix noted that in a so-called “A/B” test, the thumbs garnered twice as many ratings as the five-star system.

While the simplified thumb-up-or-down ratings proved more popular than the five stars, it appears the thumbs were a little too simple.

“We’ve learned over time that these feelings can go beyond a simple like or dislike, Netflix said in a blog post. “Providing an additional way to tell us when you’re really into something means a profile with recommendations that better reflect what you enjoy.”