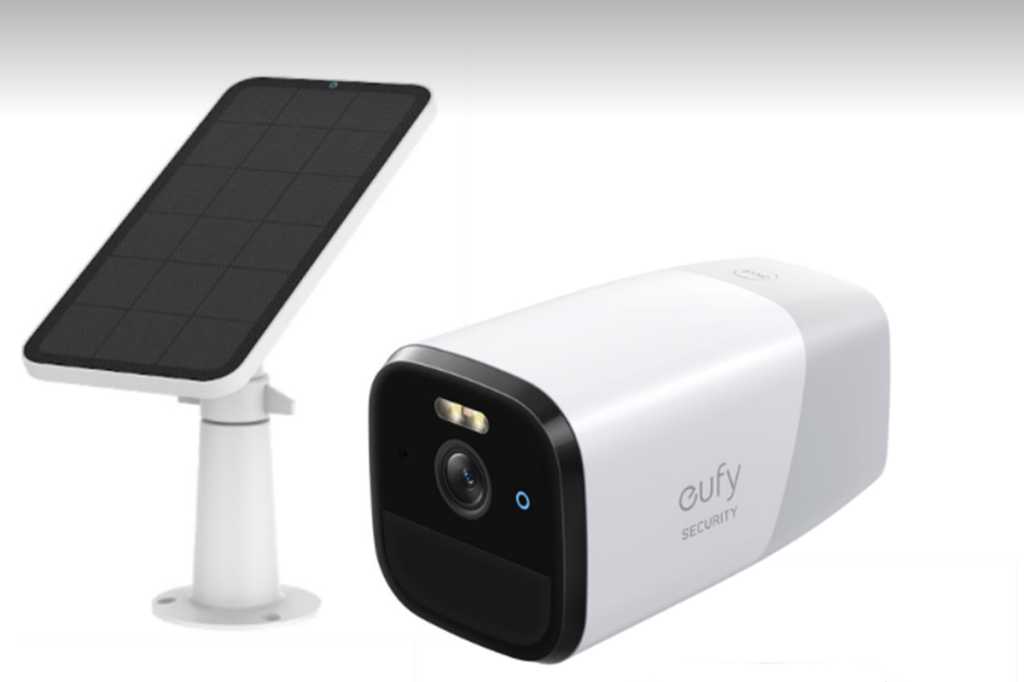 Better known for its wide array of charging adapters, external batteries, and cables, Anker is rapidly expanding its offerings for the smart home. Earlier this week, the company gathered journalists to show off everything from a huge portable solar panel and large battery pack for the off-the-grid crowd to a fast 3D printer for the makers among us.

The products that interested us the most, however, were in its Eufy family of products for the connected home, including new robot vacuums, a wireless home security camera, and a digital health scale. They add up to a major expansion of the Anker’s ambitions and reach.

The upcoming Security 4G Starlight Camera features a 5-megapixel image sensor and can capture video in 2K resolution video, even in low light. The battery-powered camera is well-suited for deployments in locations a Wi-Fi network can’t reach—it connects to the internet via a 4G LTE mobile data network. At launch, it will only work with AT&T’s network, and you’ll need an account with that service provider.

An IP67 weatherization rating ensures its ability to survive wind, rain, and snow (you can find out everything you need to know about IP codes at the preceding link). A built-in GPS tracker promises to help you recover it in case it’s ever stolen. Under the skin is artificial intelligence to improve its ability to tell the difference between a burglar and a cat roaming around. And because it stores its video recordings locally on 8GB of flash storage, there are no subscription fees for storage. At any time it’s easy to see the video feed with the Eufy Security app. The camera’s internal battery is good for up to three months of typical use, according to Eufy engineers, and it can be continually topped off by an optional solar panel. The Eufy Security 4G Starlight Camera will cost $249 or $269 with the solar panel when it goes on sale in mid-April. Eufy plans to add a camouflage skin that will turn the video sentry into a crittercam.

Meanwhile the Eufy RoboVac G20 is for compulsive cleaners among us. The large blue disk is less than 3-inches tall, so it can crawl under a low couch. It can be set to roam around a floor, vacuuming or mopping while its built-in gyroscope creates an internal 3D map, so no area is duplicated or left upswept. The G20’s 13 internal sensors help it avoid obstacles, getting trapped, or trying to tragically go down a flight of stairs. When its battery runs low, the G20 returns to its base for a charge.

With 2,500Pa of suction pressure on tap to suck up anything from dust bunnies to cake crumbs, the robot vacuum emits just 55dB of noise—about equal to the hum from a refrigerator. In addition to Alexa and Google Home Assistant control, the RoboVac G20 uses the Eufy Home app. It costs $320 and is on sale now.

If you’re looking for even more smarts in your vacuum, the Eufy RoboVac X8 brings artificial intelligence to floor cleaning. The vacuum uses lasers to create a virtual map of the floor to optimize its cleaning. Meanwhile the X8’s twin-turbine vacuum has the pull of 2,000Pa and can pick up nearly 60 percent more pet hair than conventional vacuums, according to Eufy’s tests. The $600 RoboVac X8 only vacuums; the $650 RoboVac X8 Hybrid can also mop your floors. Both use the Eufy Home app.

Finally, the Eufy Smart Scale P2 Pro is Anker’s second-generation health scale. It does more than watch your weight with several internal sensors and intelligence to help you live a better and healthier life. Capable of 16 health-conscious measurements, from body fat to body mass index, it can be like a window into your health. Oh, it can also tell you your weight.

The big breakthrough is the ability to measure and record your heart rate by just standing on the scale, making it perfect for those with cardiac issues. The scale mates up with the Eufy Life app for tracking health issues and tapping into the software’s exercise manager. Impressive and practical, the new Eufy products should be a hit at home. They do have one major shortcoming: Each item requires a different app, leaving a user swiping between screens to see their weight (Eufy Life), the status of their backyard cam (Eufy Security), or cleaning the house (Eufy Home).