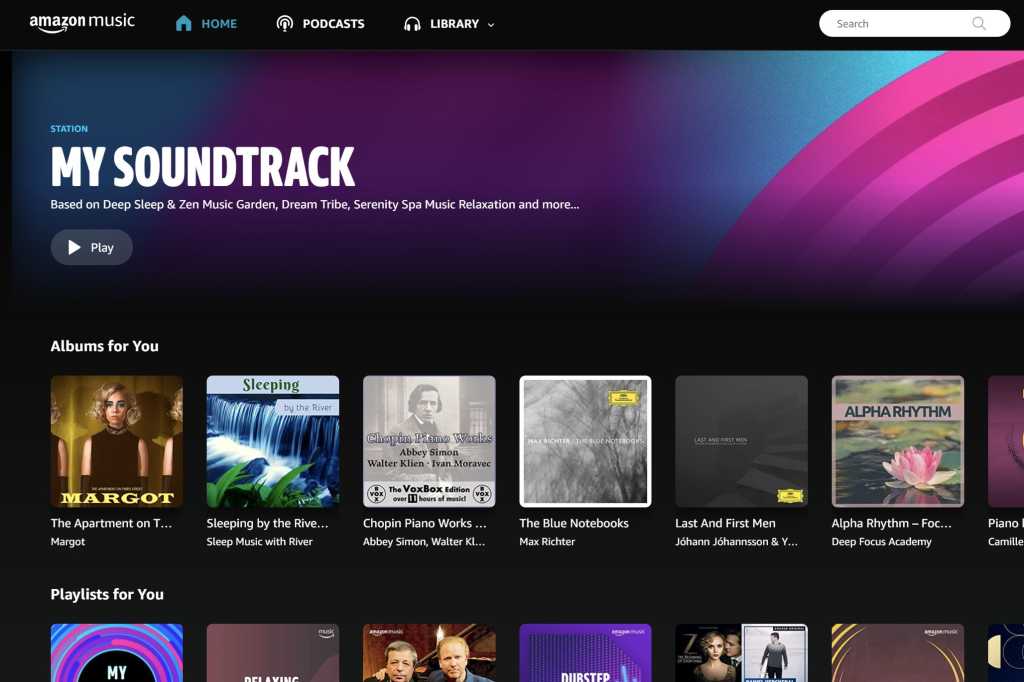 Amazon Prime members who are signed up for Amazon’s Music Unlimited service will soon be paying an extra buck per month to stream their tunes.

Prime users began receiving emails this week (as first reported by Consumer Reports) that their rates for Amazon’s Music Unlimited individual plans will rise from $7.99 to $8.99 a month, starting on May 5, while annual plans will go up to $89, a $10-a-year increase. Subscribers will see the price hike on their first subsequent bill.

At the same time, Amazon is hiking prices for its Music Single-Device Plan, which lets you stream unlimited tunes to a single Echo device. Those plans will now cost $4.99 a month, up from $3.99.

The price hike comes on the heels of a steep $20-a-year price hike for Amazon Prime in general, which now costs $139 a year or $14.99 a month. That price increase went into effect on March 25, a little less than two weeks ago.

Price hikes for streaming music services are a relatively rare occurrence compared to the streaming video market, which saw the likes of Netflix, Hulu, and Disney+ raise their rates in the span of 13 months.

The last time a major music streamer hiked its prices was last March, when Spotify raised the price for its family plan to $15.99 a month, a $1 increase.

Meanwhile, specialty music streamers that were charging premium rates for high-resolution tunes have been trying to hit lower price points, following last year’s bombshell when Amazon and Apple both began offering both hi-res and spatial audio with their standard streaming plans.

Back in November, Tidal unveiled a free tier and a $10-a-month CD-quality plan, while hi-res streamer Qobuz recently chopped its monthly Qobuz Studio plan by $2, to $13 a month.