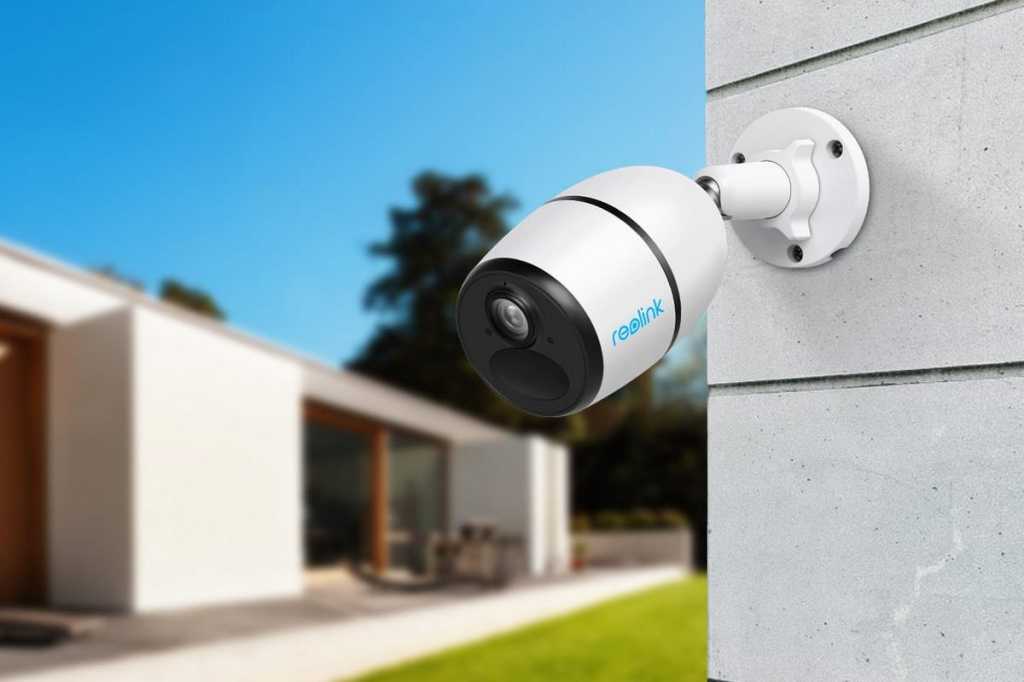 Image: Reolink
At a glance

The Reolink Go Plus works well for remote use, connecting via a mobile wireless card instead of Wi-Fi and capturing video with 2K resolution.

Wi-Fi is convenient, but step outside your house and it tends to get erratic, fast. If you have a large property—or want to take a streaming camera into the wild—you’ll need a different wireless solution.

With the Reolink Go Plus, that solution comes in the form of a 4G LTE radio that connects the camera directly to a cellular network. In fact, that’s the only connectivity option on the camera. With neither Wi-Fi nor ethernet available as an option, it’s cellular or bust on this unit.

To start, you’ll need a compatible SIM card to use the camera. Support depends on the country you’re in (Reolink’s website list carriers in each country). You can use a prepaid T-Mobile data card in the U.S., or a card from virtual operators FreedomPop or Mint.

I bought a 2GB data card from T-Mobile, which costs $10 for the actual card (a one-time fee) and $10 a month for the service. If you intend to use the Go Plus for the long haul, you’ll need to factor these costs into the equation—as well as the hassle: Even purchasing the T-Mobile card was a bug-ridden pain, as was activating it, but I can’t hold Reolink responsible for that. The card installs in a slot inside the unit alongside one for a microSD card (cards with up to 128GB are supported, but none is included). You can also store video in the cloud (more on this later).

The camera itself offers a somewhat bulbous bullet-style design, which attaches to a base via a screw-on terminal on its backside. The base includes a 90-degree hinge, giving you reasonable flexibility in aiming. The base can be bolted directly to a surface or temporarily attached to a post or tree with an included vinyl strap. (A camouflage sleeve for the camera is also included if you really want to go feral.) Due to the rounded design of the camera, however, it can’t easily be placed on a bookshelf or other flat surface, as the camera rolls around and is impossible to aim in this fashion.

The specs are solid: An IP65 weatherproofing rating should be more than adequate for most uses (our story at the following link will teach you everything you need to know about IP codes). Resolution of 2560 x 1440 pixels and a recording speed of 15 frames per second is fine. The field of view is fixed at 115 degrees diagonal, which is quite narrow compared to the market, so you’ll need to aim the camera carefully. Infrared night vision (with a 33-foot range specified), two-way audio, and an integrated motion sensor are all in the kit. The unit also includes a siren that can be triggered on demand, though it’s decidedly quiet.

Battery life via the rechargeable cell is highly dependent on usage, but it will likely be less than a month in most cases. Based on my usage, I was running down the battery at a rate that would drain it after about 3 weeks. You can stretch this time, perhaps indefinitely, by attaching the Reolink Solar Panel ($30), but that also requires access to direct sunlight (which might be tough if you’re using the camera in a remote, wooded setting, for example). You can also buy the Reolink Go Plus bundled with the solar panel for $240.

Setting up the camera follows a traditional path of scanning a QR code on the device, but it skips the usual Wi-Fi connection process. Instead, the camera registers to the mobile network automatically—presuming you have activated your SIM card. The Reolink camera experienced a few hiccups in this process, possibly because of T-Mobile’s signal strength in my neighborhood, but with a little tenacity I was able to get it registered and talking to the app within a few minutes.

On-demand camera quality is fine, though colors seem a bit muted, and the narrow field of view is noticeable in contrast to other cameras I’ve tested. The integrated motion sensor has solid sensitivity (and this is adjustable); at the default setting I encountered no real false alarms. By default, clips are limited to just 8 seconds in length after a motion event triggers the camera. This can be changed to either 15 or 30 seconds by the user. A cooldown time isn’t specified. and I occasionally had clips recorded one after another, with a delay of only a few seconds.

Recording can be set to take place only during a set schedule and can also be customized to record only people, vehicles, or “other” types of motion. Again, I found that all these features worked well. Note that you can’t (and wouldn’t want to) use this camera to make 24/7 always-on recordings, as you would eat up both battery and mobile bandwidth in short order. Reolink specs its night vision at 33 feet of range; that’s probably a little aggressive, but objects 20 feet away or so were clearly illuminated and captured under its infrared lights.

I had a lot of fun with a bonus feature on the camera that allows it to make time-lapse recordings. (These can’t be scheduled to take place say, every sunset; instead, they’re an on-demand feature.) Various modes allow you to capture happenings ranging from a one-hour sunrise to a four-month construction process. If you can be sure the camera isn’t going to move during that time frame, it’s a fun option to play with.

Everything must be sent over the 4G network, so accessing clips can be a bit slow. I waited several seconds for even short clips to download, and a minute or more for longer clips, like time-lapse recordings, to cache. Even waiting for the settings page to load can take a while. Again, this will probably depend heavily on your wireless signal strength.

While this camera is probably best used with local storage to conserve bandwidth, cloud storage is an option. Reolink’s basic plan, which offers 1GB of storage and 7 days of video history for a single camera, is free. Upgraded plans run $3.49/month for 30 days, 30GB, and 5 cameras max; $6.99/month for 30 days, 80GB, and 10 cameras; and $10.49/month for 60 days, 150GB, and 20 cameras. Paying yearly gets you two months free on any plan.

For outdoorspeople like hunters or those who just want to keep tabs on what goes on near their cabin in the woods—or anyone who doesn’t have access to a reliable Wi-Fi signal—the Reolink Go Plus is a solid and unique camera option on the market. Mind the extra cost of data service, though. During my testing, I was using 40 to 50MB of data each day, so while a 2GB card might be sufficient for modest needs, heavy users might need more bandwidth (at an even higher cost). 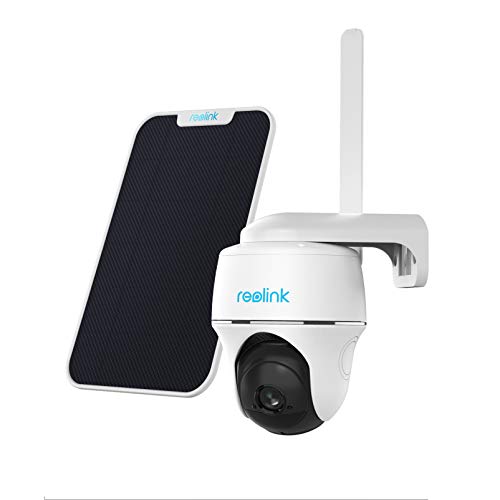