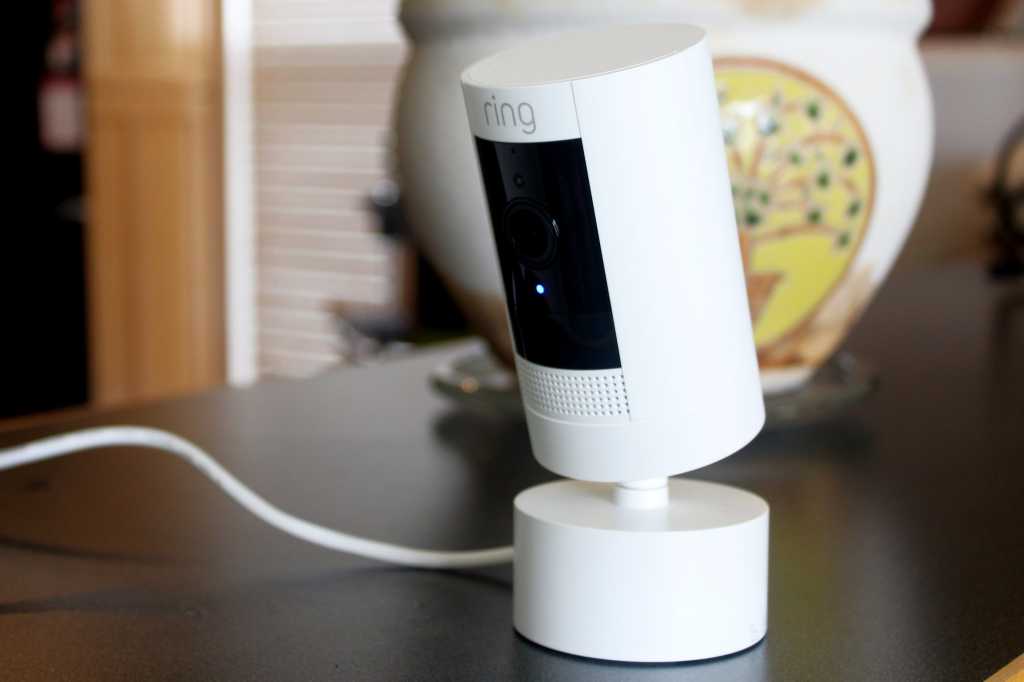 Image: Michael Brown/Foundry
At a glance

The Ring Pan Tilt Mount converts a Ring Stick Up Cam into a pan/tilt camera. It can be used indoors or out, but its dependence on AC power removes the flexibility that a Ring Stick Cam Battery or Solar offers.

Every Ring camera has one thing in common: A fixed viewing angle. Some security camera manufacturers offer pan/tilt models that deliver a much wider field of view thanks to a motor that can move the camera’s lens right to left and up and down, but Ring doesn’t. What it does offer is the weatherized Ring Pan-Tilt Mount for the Ring Stick Up Cam—and it’s pretty fabulous.

Using different brands of security cameras can be a pain in neck. Who wants to use one app to see what’s happening inside the house and another to get a look at the backyard? Before the Pan-Tilt Mount, the only choice Ring left people who needed a very broad range of coverage was to purchase more than one camera. This new product solves that dilemma. Pairing it with the indoor/outdoor Stick Up Cam extends the camera’s otherwise static 130-degree horizontal and field of view to 340 degrees and it can tilt the camera over a 60-degree arc.

Once you’ve docked a Stick Up Cam to the Pan-Tilt Mount, the user interface overlaid on the Ring app’s live view will change, adding a Rotate icon to the bottom right-hand corner. Tapping the icon opens a white square with a directional pad for controlling the pan/tilt motor. Tapping on the arrows pointing up or down tilts the camera in those directions. As you’d expect, tapping the right or left arrows pans the camera in those directions.

The pan-tilt motor is very fast and responsive, completing its 340-degree horizontal arc in less than six seconds after pressing the left or right arrow, and tilting from one extreme to the other in less than three seconds after pressing the up or down arrow. The directional pad obscures the lower third of the live vertical view, but you can instantly restore that view by tapping the X to close the directional pad.

Once you’ve turned or tilted the camera the direction you want, it will stay in that orientation until you change it. If the camera loses power, it will cycle through its full range of motion when power is restored, but it will then return to the last position it was in before it lost power. That’s a good thing.

The Ring Stick Up Cam can detect motion, of course, but it doesn’t have facial recognition. And unlike some dedicated pan-tilt cameras, the Pan-Tilt Mount doesn’t enable Ring’s camera to automatically latch on to something moving in its field of view and then track it until it’s out of its field of view. Other shortcomings: You can’t define a “patrol” path that the camera will automatically follow to surveil an area, nor can you designate waypoints that the camera will automatically turn to. Another degree of elegance that’s missing is the ability to tap anywhere in the camera’s field of view and have the camera immediately turn or tilt to focus on that area. You will find most of these features in some purpose-built pan/tilt camera, but there’s only so much Ring can do with this add-on device.

The Ring Pan-Tilt Mount is the next best thing to having a true pan/tilt camera in the Ring ecosystem. It doesn’t endow a Ring Stick Up Cam with all the features and sophistication a purpose-built pan/tilt security camera would have. And its single biggest drawback for outdoor deployments is its dependence on AC power. If you don’t have an outdoor plug nearby, you can’t use it. All that said, it dramatically increases the range of coverage you can get with a Ring Stick Up Cam and could eliminate the need to buy more than one camera. 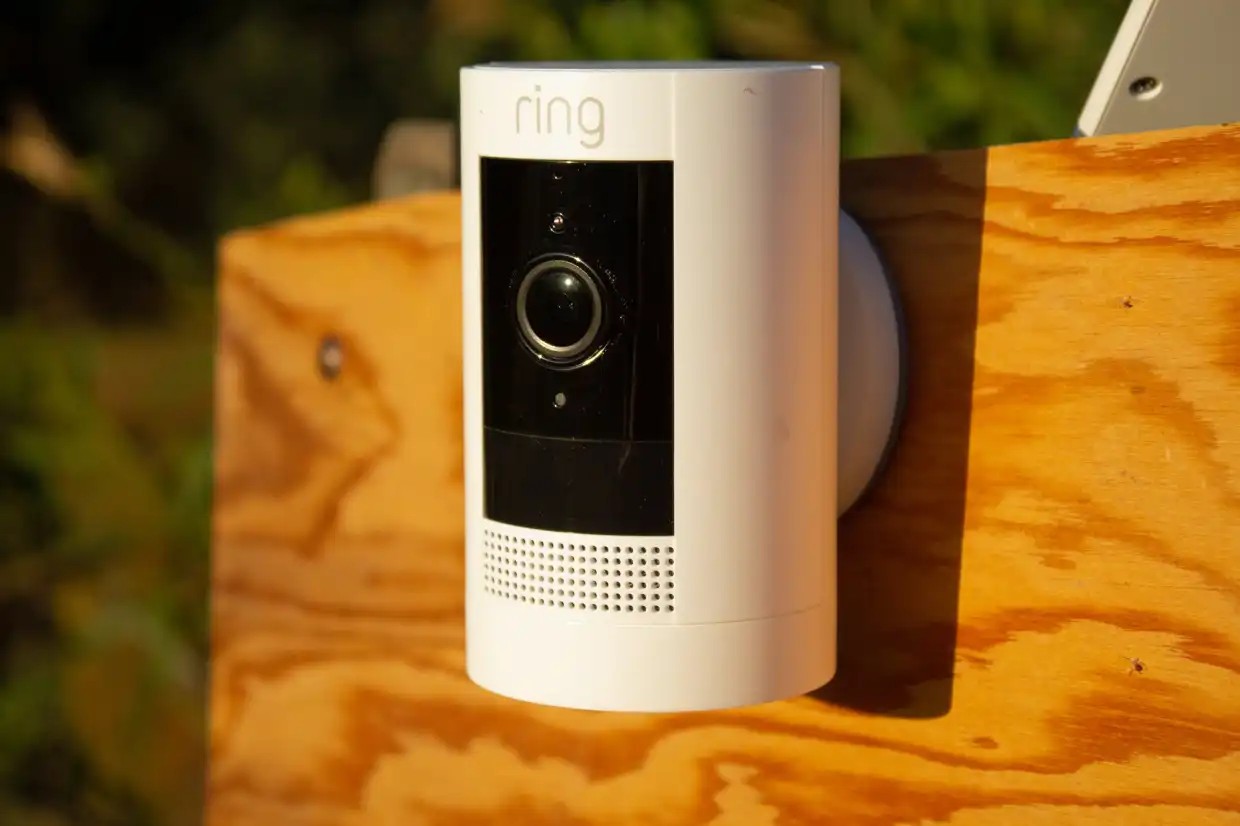