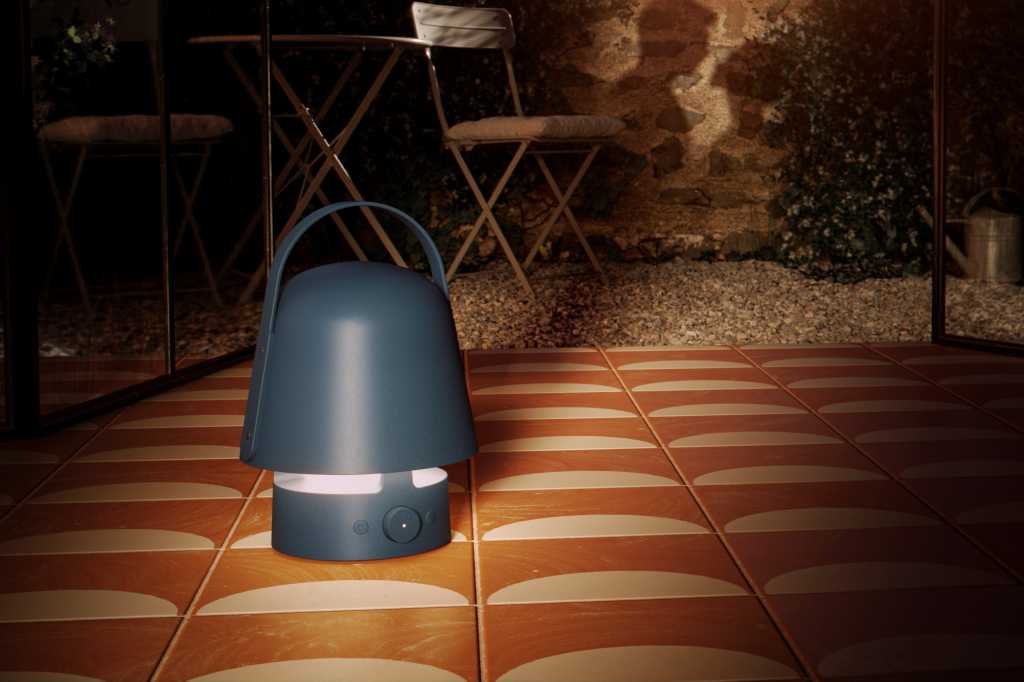 Ikea is no stranger to Bluetooth speakers, but its latest lantern-style model arrives with a clever new feature: the ability to resume Spotify playback with a single tap.

Slated to arrive next month for $64.99, Ikea’s Vappeby speaker (which first leaked last fall) comes with a rugged, outdoorsy design, complete with a handle and an opaque shade that makes it look like a lantern—and given the integrated light hiding under the shade, it is a lantern, complete with two “different” light modes (we’ve reached out to Ikea for more details).

Available in both blue and gray, the Vappeby is designed to meet IP65 standards, meaning it should be dust-tight and resistant to low-pressure jets of water from any angle. In other words, it shouldn’t have any trouble surviving a hike in rainy or snowy weather, but you should think twice before tossing it into a creek.

The Vappeby connects to phones and other audio sources via Bluetooth, with Ikea promising up to 12 hours of battery life. The speaker can be recharged via a USB-C port.

What sets the Vappeby apart from the pack is its support for Spotify Tap, a feature that lets you resume your Spotify tunes from where you last left off.

Here’s how it works: Press the Vappeby’s power button once when the speaker is connected to a device running Spotify (most likely your phone), and Spotify will begin playing right where you left off. If you press the power button again, Spotify will start playing new tunes based on your listening preferences.

Spotify Tap has been around since last year, and is available in more than a dozen headphones and truly wireless earbuds from the likes of Jabra, Microsoft, Samsung, Skullcandy, and Sony. That said, Ikea’s Vappeby marks the first time that Spotify Tap has appeared on a Bluetooth speaker.