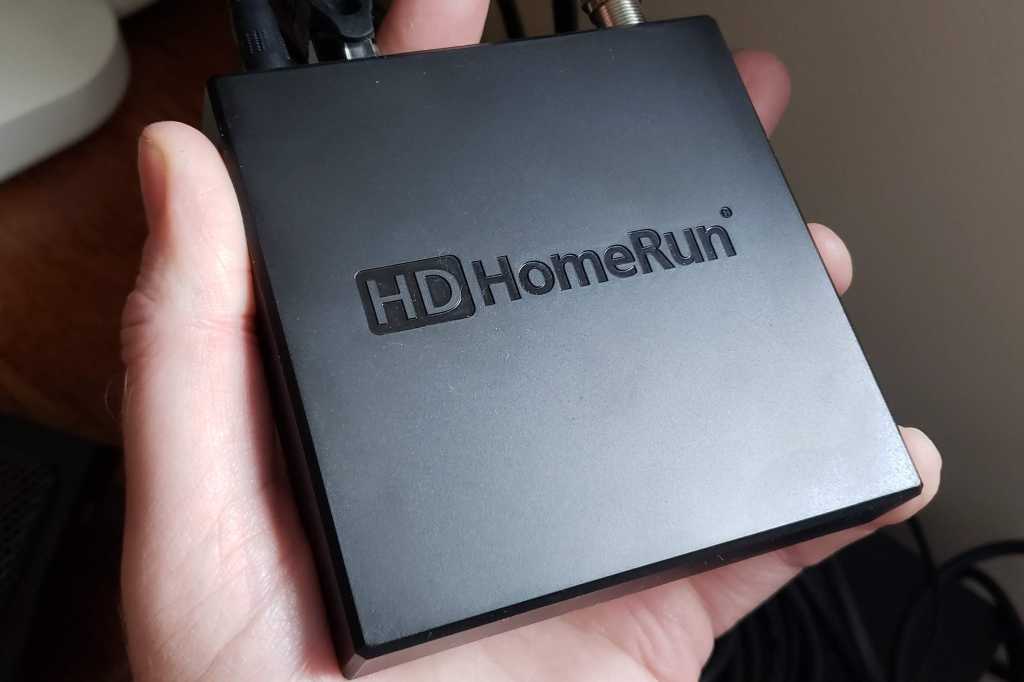 The HDHomeRun Flex streams broadcast TV across your home network, making local TV available to all your devices, and it’s an easy way to get NextGenTV broadcasts.

The HDHomeRun Flex 4K from SiliconDust is a clever little box that will stream broadcast TV signals to televisions, smartphones and tablets across your home network. It’s a great addition to any cord-cutting household, and it’s also among the cheapest ways to receive ATSC 3.0 (NextGen TV) broadcasts that might be on the air where you live.

I’ve been testing the HDHomeRun Flex 4K for the last month and I’ve been surprised at its usefulness and simplicity, as well as impressed with its TV reception.

The device itself is a lot smaller than I was expecting. Because it streams TV across your network, it doesn’t need to be anywhere near your TV. It has just four connections: a power socket, wired ethernet, a USB-A port, and a TV antenna plug. The unit can be situated anywhere you have those three connectors, even in your basement or shut away in a closet.

Since you control everything on the HDHomeRun Flex 4K through apps or a web interface, there’s no remote control nor a front panel display, and there’s not even an HDMI output. This isn’t a conventional set-top box.

Getting the unit up and running was simple. I made the three connections to the unit, waited a few moments for it to register on my home network, and then accessed it via a web interface. This brings up a basic UI that allows for channel tuning, along with a status page and a system menu. You can also scan channels through the app, but I found the web interface to be easier and faster.

I’ve been talking about “the” tuner, but the HDHomeRun Flex 4K actually has four tuners. All four support ATSC 1.0, the standard digital broadcast format used across the U.S. and Canada, and two of those tuners also support the new ATSC 3.0 format that has started popping up in some TV markets. The Flex 4K’s four tuners allow it to tune in to for different channels at once.

I have an external antenna, and within two minutes the box had detected 91 channels, including 14 in the ATSC 3.0 format. I live in the Washington, D.C., market, but I can also receive several channels from Baltimore. These latter channels are prone to occasional breakup on my Sony TV’s internal tuner, but the HDHomeRun 4K tuner appears to be a little more sensitive and manages to receive them without any problems.

Once channels are tuned in, you’re ready to watch TV, but that isn’t done through the web interface.

There are multiple ways to watch depending on your desired platform, including apps for Android, iOS, and Windows 10, as well as desktop software for Windows 7/8, Mac and Linux. The device also works with third-party apps such as VLC Media Player, Plex, Windows Media Center, Kodi, Next PVR, Myth TV and Emby/Jellyfish.

I installed the HDHomeRun app on my Android TV, and to my surprise, the app exposed the tuner to Channels, Android’s built-in app for watching broadcast TV. This means the channels appeared in the regular TV’s electronic program guide and I could easily flip through them without having to access or learn the HDHomeRun app.

I also installed the app on my PC, although most of the time I found it faster and easier to use VLC Media Player. If I enabled the advanced controls, I also had a handy record button in case I wanted to make a quick recording of something on screen. The Android app worked great, too.

Because the device streams across your home network, it means broadcast TV can reach anywhere your Wi-Fi does, perfect for anyone who wants to install a TV somewhere in their house or garden where there isn’t an existing antenna connection. Of course, you’ll also need to make sure the TV can have the HDHomeRun app installed or use a smart TV dongle.

One of the main reasons I wanted to try the HDHomeRun was to gain access to ATSC 3.0 broadcasts. You might have seen local broadcasters promoting these stations under the “NextGenTV” brand name. ATSC 3.0 channels could eventually provide 4K HDR broadcasting and several other enhancements to the existing ATSC 1.0 format, but for now they are mostly relaying existing local HD channels in high-definition.

The HDHomeRun Flex did a great job finding and decoding ATSC 3.0 channels from three broadcast towers in my area. In terms of new content or features, I gained two channels that weren’t already available over the air, including a local news channel, but otherwise the pictures didn’t look much different from what I was already receiving. Still, it’s good to know that I’ll be ready to receive ATSC 3.0 channels once the programming and technology mature.

There is one problem as far as ATSC 3.0 goes, although it has nothing to do with the HDHomeRun Flex 4K. NextGenTV channels use the Dolby AC-4 audio format, which is not as universally supported as older formats, such as MP3. While all the HDHomeRun apps all support Dolby AC-4, VLC Media Player doesn’t, which means I don’t get any sound when watching NextGenTV channels through VLC. For TV sets that don’t support Dolby AC-4, Silicon Dust has a clever cloud transcoding service that flips the audio into a compatible format. If you do have problems with NextGenTV (or anything else HDHomeRun-related, for that matter), SiliconDust has an active support forum packed with knowledgeable users and company staff, most of whom are happy to troubleshoot and answer questions.

Although I purchased the HDHomeRun Flex 4K as an easy way to get ATSC 3.0 broadcasts, I’ve been pleasantly surprised by everything else it can do. I love that it can load channels into my TV’s EPG and I don’t need to use a separate app, and pulling up live TV through VLC on my PC desktop is great. What makes the Flex 4K even better is that the device has a sensitive tuner that pulls in hard-to-receive channels, and then delivers them across a wide variety of Wi-Fi-connected devices. Finally, the HDHomeRun can be hidden away and forgotten so there isn’t another box hanging off my television.