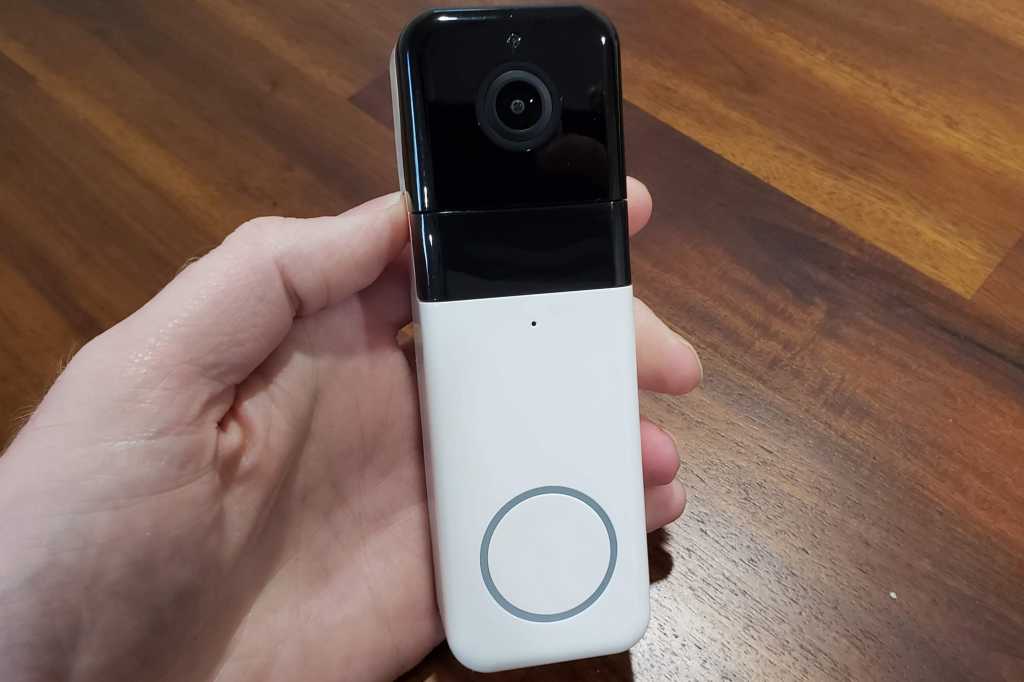 The Wyze Video Doorbell Pro is a well-made, sturdy doorbell that works well but you’ll need a subscription package to get the most from it.

The Wyze Video Doorbell Pro offers several upgrades over Wyze’s first and less-expensive video doorbell. The most notable is a wire-free option for homes that don’t have existing doorbell wiring.

The doorbell is compact, well-made, and has a nice, solid feel to it. It comes in a package with an indoor chime (an optional feature on the Wyze Video Doorbell we reviewed in early 2021), and hardware to mount it to the front of your house or apartment.

With a $90 MSRP (the Wyze Video Doorbell Pro was priced at $80 on Wyze’s website at the time of this review, but it was also out of stock), it’s a little more expensive than most low-end doorbells but it’s cheaper than many mid-range ones. Its sticker price, however, is only half the story. Many of its best features are only available with a subscription that adds to the total cost of ownership.

Wyze has been popular in the past for its products that didn’t require subscription packages, so it remains to be seen if existing users will be happy with this.

The doorbell can be powered by an internal battery or a standard 16-24V AC doorbell power supply. If you choose the battery option, the camera can be charged over USB and Wyze says you’ll get up to six months of battery life. The length will depend on how much use the doorbell gets.

Installation is pretty easy. Wyze supplies a mounting bracket that you attach to your door frame or somewhere near your door. The camera clips onto that.

The doorbell was incredibly easy to install and get working with the app. So much so that I actually said “wow” to myself when it was done. The reason for my surprise? The doorbell and indoor chime unit come pre-paired and don’t suffer from signal or connection problems.

That might be because the device sports support for both 2.4GHz and 5GHz Wi-Fi networks.

After installing the Wyze app, I just scanned a barcode on the indoor unit, connected it to my home Wi-Fi network and… it was done! The indoor unit automatically connected to the doorbell. Most competitors require you go through the connection procedure with both the doorbell and the indoor unit, and I often run into issues getting the two to talk to each other. Not this time.

Wyze Labs provides the indoor chime because its doorbell won’t work with conventional doorbell chimes, even if you use doorbell wiring. If you have a large house, you might need to consider additional chimes (add-on Wyze Chimes cost $15 each).

Over the two weeks I reviewed the doorbell, it was a great performer. I didn’t suffer from numerous false movement alerts (which can sometimes be a big problem), it didn’t miss any action that it shouldn’t have and it maintained a good wireless connection.

The camera provides 1440P high-definition video in a square aspect ratio. If you turn your phone on its side, the video zooms in to fill the screen. In this mode, you can scroll to the right or left to see anything you might be missing; you can also zoom in and out with a finger pinch. With the phone in portrait mode, there’s a button to fill the screen. Video recordings are shown in a fisheye-like format.

At the most basic level is a three-step sensitivity setting: low, medium, and high. I kept the camera on high and didn’t have any problems. There are no detection zones or privacy zones, so the detection works across the entire picture. This might be a problem if you have an area of busy motion in the camera’s view, like a road or tree that sways in the wind, or if a neighbor’s window is in the camera’s field of view.

If that is a problem, it might be mitigated with the AI detection that is part of the Cam Plus subscription package. The optional service allows triggers based on people, pets, packages, and vehicles.

When I arrived at my house soon after installing the video doorbell, for example, the doorbell alerted me that it had seen a car and a person. It also alerted me to a “package” on an occasion I was carrying something from my car to my front door. I noticed, however, that this function was alerting me to what it saw in the image rather than the movement detected. When I returned home from a walk, the camera alerted to a person and car, probably because it could see my car in my driveway.

You’ll get a free 14-day Cam Plus trial when you first install the camera and then it’s $1.99 per month or $19.99 per year if you pay annually. The subscription adds full-length video recording; back-to-back recordings without the 5-minute cool-down period; AI detection for people, packages and pets; and variable speed playback.

That’s a pretty useful package for the price, but it changes the value proposition a little. If you keep the doorbell for 5 or 10 years, that’s an extra $100 or $200 you’ll be investing in the unit. So, you should consider it against more expensive competitors that don’t have monthly fees. Unfortunately, more and more companies are going the subscription route these days, the opportunity for recurring revenue is just too tempting for them to pass up.

Without the subscription, you’ll be limited to video clips of just 12 seconds. This can have its disadvantages. For example, a car driving up a driveway will trigger the video recording, but without a subscription, you might not see the driver unless they are parked and out of the car within 12 seconds.

Once my trial subscription ended, I did notice it failed to detect some movement, including one instance where a large delivery truck pulled up.

The Wyze Video Doorbell Pro worked great and the installation was one of the easiest I’ve experienced. For the price, it’s difficult to beat and outshines most of the lower-end video doorbells we’ve reviewed in terms of reliability. But the lack of local storage is unfortunate and means you need to pay a subscription fee to access the most useful features, which in turn raises the total price of the unit over its lifetime.