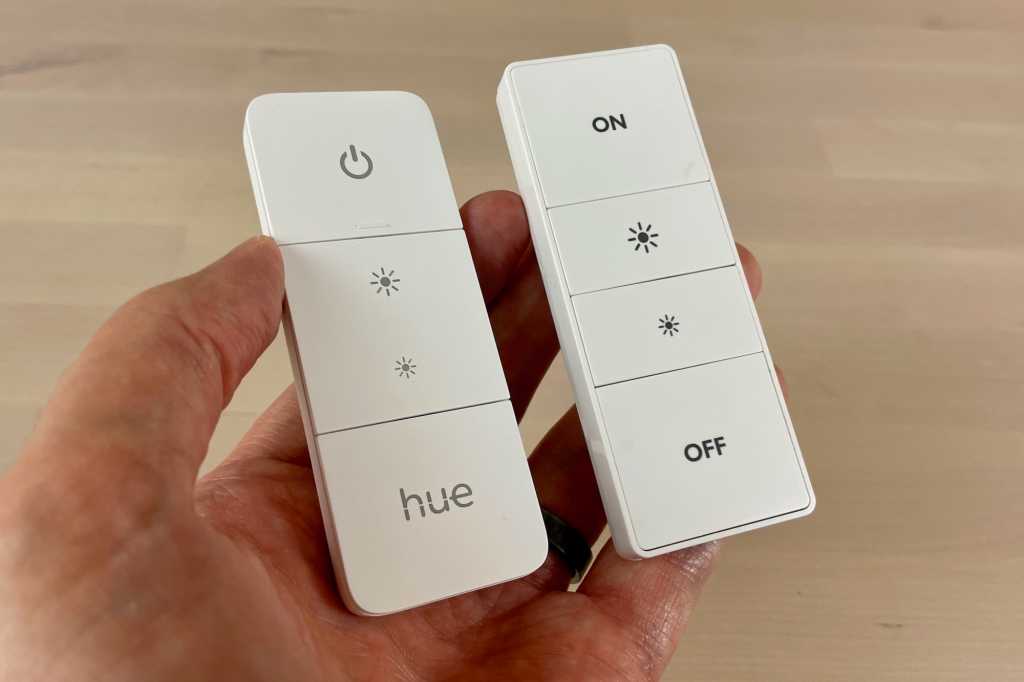 The Philips Hue Dimmer Switch can do more than simply control Hue smart bulbs. If you want, you can make the four buttons on the switch control any device that works with Apple’s HomeKit platform, and it only takes a few taps.

I recently decided that I wanted more control over the Dimmer Switch’s behavior than the standard Hue settings allow (for example, you can’t control the “off” behavior of the top Power button). So I went ahead and allowed HomeKit to take charge of the switch, allowing me to configure each of the four buttons, including the two dimmer buttons as well as the Power and Hue buttons.

Now, I can have the Power button on the Hue Dimmer Switch trigger only the light scene I want (meaning no “on/off” behavior), while the dimmer and Hue buttons can trigger separate scenes.

In fact, a Hue Dimmer Switch configured in HomeKit doesn’t have to control lights at all. You could set the buttons to control HomeKit-enabled smart plugs, air purifiers, smart locks, or even TVs.

There are a couple of catches to configuring a Philips Hue Dimmer Switch in HomeKit:

For the purposes of this how-to, I’ll assume you already own a Hue Dimmer Switch (either the first- or second-generation versions will work) and a Hue Bridge. If you don’t, check out this review for details on how to add the dimmer switch to your Hue setup.

Remember, you can always go back to having the Hue app manage the dimmer switch by reconfiguring it in the Hue app. 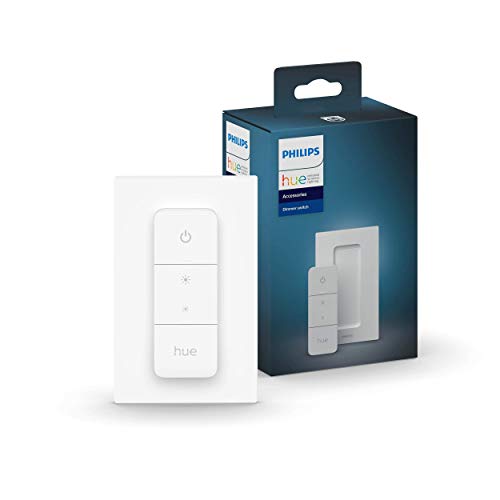