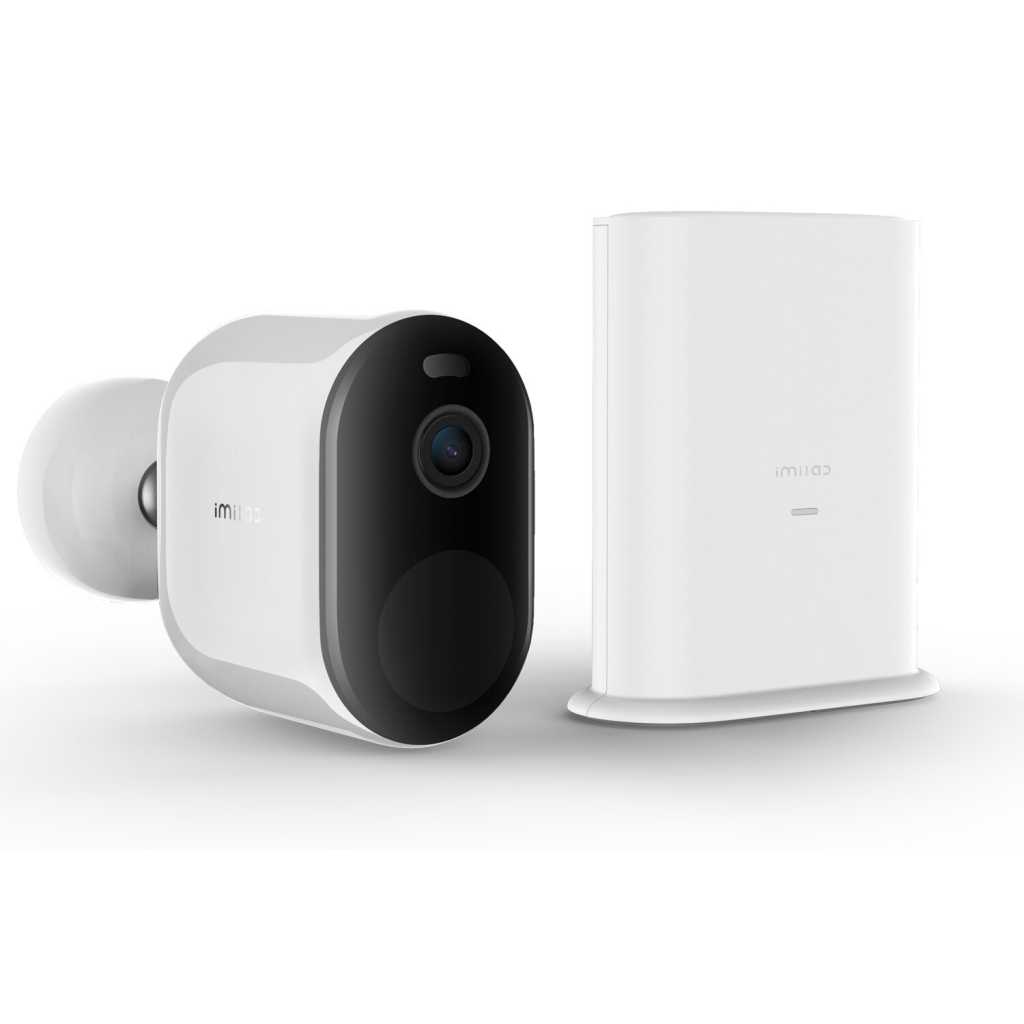 Image: Imilab
At a glance

The sexy Imilab EC4 looks the part, but its feature set needs some updating to compete with bigger players.

We last checked in with Imilab in 2021, with our C20 indoor pan/tilt camera review. Imilab is now moving upmarket with a static outdoor camera–the Imilab EC4— that aims to raise the bar and compete with the bigger brands in this market.

Designed in a familiar, oblong bullet format, the camera itself is sleek and glossy, a massive upgrade from the pedestrian C20. Weatherized to an impressive IP66 rating (we explain IP codes at the preceding link) and powered by a 5200mAh battery, the camera can be installed just about anywhere—provided you’re able to take it down for periodic recharging (via the included micro-USB cable).

Alternatively, you can pick up Imilab’s optional solar panel ($89.99 MSRP, but selling for $69.99 at press time) to keep the battery topped up. Note that the design of the camera largely mandates it be installed by using the wall mounting adapter that screws into the back of the camera. The rounded base of the camera means you can’t easily set it on a shelf without wedging it between two other objects to hold it upright.

Before you install the camera, you need to set up the ethernet bridge included in the box. Curiously, that’s not a requirement with the C20, which communicates directly with your Wi-Fi router. The bridge is a fairly anonymous piece of hardware, distinguished namely by the fact that it includes an onboard microSD card slot (no card is included) which can be used to capture video directly.

With the bridge installed, you can move on to the camera directly. Both set up fairly easily in my testing; the bridge was automatically discovered by the app once I plugged it in and powered it up. Setting up the camera involves scanning a QR code printed on the chassis and walking through a few basic configuration steps; I had some initial hiccups getting the camera to connect to Wi-Fi (only 2.4GHz networks are supported), but after a few tries everything was working fine.

The EC4 has solid specs, including resolution of 2560 x 1440 pixels and a 150-degree (diagonal) field of view. The camera is equipped with standard infrared night vision as well as a moderately bright spotlight that can be used for capturing full color shots at night. I found video shot during the day to be crisp and focused—albeit with colors somewhat muted—and the infrared night vision mode to be exceptional. The spotlight isn’t bright enough to provide more than about 15 feet of illumination, but it works fine in small spaces.

The system includes smart motion detection features that can be customized to activate only at times you set, configurable activity zones that allow you to ignore motion in certain parts of the frame, and an optional “acousto-optic alarm,” which can be set to sound a siren for 10 seconds and optionally flash the spotlight when motion is detected.

Maximum clip length is configurable at up to 60 seconds, with a cooldown interval of 0 to 120 seconds, also user configurable. Of special note: the system includes an AI system that is tuned to capturing human activity, which are flagged as “person events” in the app. While the app implies that other types of events can be captured, this wasn’t the case in my testing: The EC4 only captured human-like activity, so this isn’t a good choice for keeping an eye on pets, wildlife, or passing traffic.

One key feature is MIA here. While you can now download videos from the cloud, the only way to get them off an SD card is to eject the card from the bridge and plug it into your computer. Other features, like getting to the screen where you can activate the siren or use two-way audio, are less than intuitive.

Curiously, the app is also completely tuned to recording clips to the cloud. If you prefer instead to use a microSD card, you might be surprised to find that clips are not collected within the playback system in the app. To find them, you must venture into the settings menu, then tap SD card video to find a separate repository of video files. The good news is that Imilab’s cloud plan is reasonable in price (and quick to play back videos). Pricing is even cheaper than it was last year, at least for the 30-day plan: 7 days of history runs $2/month or $20/year, while a 30-day history costs $4/month or $40/year. A whopping 3-month trial is currently being bundled with the camera.

Pricing for the camera is all over the map, with a list price of $236 (including the hub) and Imilab selling the combo directly for $190. Shop around and you’ll find the duo selling for less, although it wasn’t available at Amazon at press time. Unfortunately, even at $190, the camera has too many limitations in its current state—and makes more than a few false promises—to really recommend it over more fully-featured competitors.