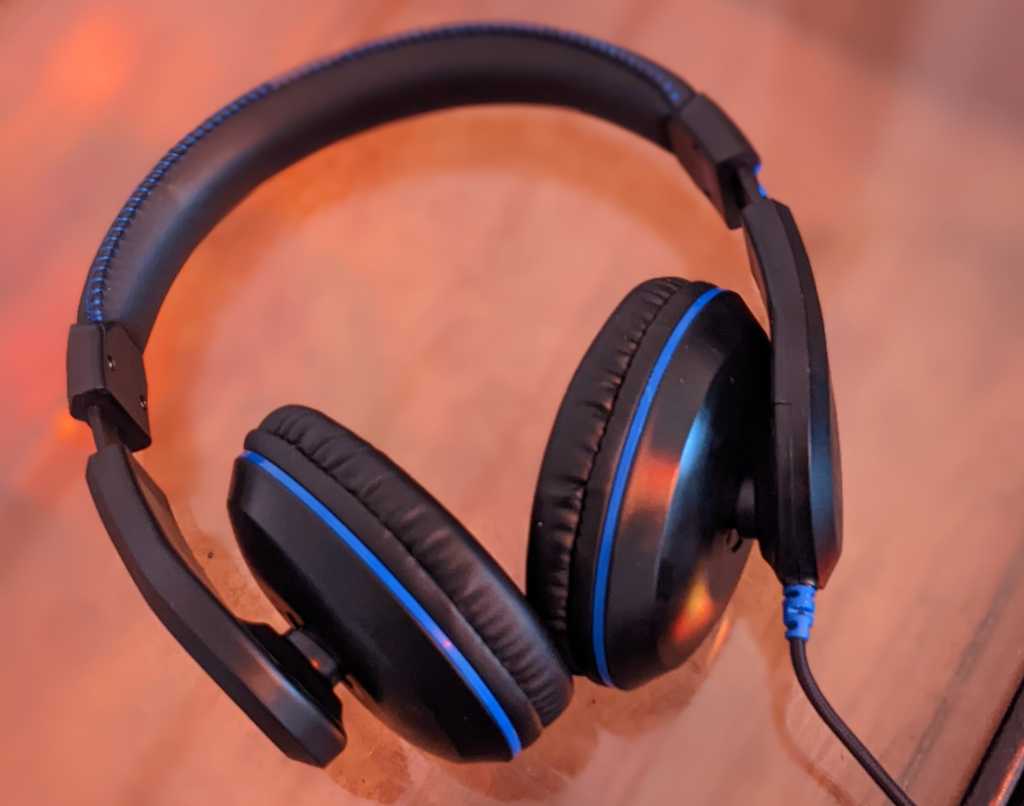 No way were we thinking that a pair of sub-$25 headphones would sound decent, let alone good. But the ultra affordable TW200 do. Not audiophile quality, mind you, but sonorous enough for daily listening.

When ThinkWrite pitched me on its $24 headphones, I was Skeptical with a capital S. Sure, the audio industry has incredibly steep markups, and these are wired cans, not Bluetooth. Even so… Less than twenty-five bucks? That’s for throwaway stuff you pick up at a convenience store in a listening emergency–if Jones’n for tunes could be classified as such.

Enter the TW200. My bad. They sound good. Far better than I was expecting. The rest of the industry should be worried.

The TW200 are moderately sized, lightweight, over-ear headphones with a minimal amount of fluff. The ear cups slide out from the headband and don’t articulate for stowage, the cable (which includes an inline volume control) is braided and requires mild caution to avoid kinking. The connector is an 1/8-inch stereo phone plug, and there’s no carrying case or even an 1/8-inch to 1/4-inch adapter in the box.

I mention those things because it’s my job, but none of them are deal-killers in my book. I’m careful with cables, having found that being gentle with stuff can greatly extend said stuff’s lifespan, and I have my own adapters–1/4-inch to 1/8-inch adapters are also cheap if you don’t.

As far as comfort is concerned, you’re not going to get lush at this price, but I had no issues over several hours. There’s a reasonable amount of padding on both the headband and the ear cups, and though my auricles did touch the speaker grills, it was just barely. I’ve had worse experiences with far pricier units.

How do they sound?

Audio quality is of course is the $64,000 question with a product this cheap. You already have the short answer, but broken down: they’re a tad bass-y (a characteristic many listeners like), the mid-range is decently defined, and the top-end is adequate.

I was happiest when I broke out the EQ and increased everything a couple db from 3kHz to 14kHz in a slight curve, but we’re also talking older, jaded ears here. I listened for a good half hour without the EQ and was perfectly happy.

There is a small to large fly in the ointment, depending on your temperament. Anything that brushes or scrapes along the cable is heard distinctly in the left ear cup–acoustic coupling is the technical term. This phenomenon is far louder than with most headphones, and likely due to the rough braided surface, though not bad enough to sour things if you’re careful. Most of the time, the music will drown the noise out.

That said, a better cable or an acoustic isolating grommet would add to ThinkWrite’s manufacturing cost, but could be easily recouped with a tiny bump in the asking price.

Look, the TW200’s cost less than $25. You’re simply not going to get upper crust audio at that price, but I was more than OK with the sound and the cable noise is livable. Just be don’t drag your finger along said cable and you should be happy.

Note that ThinkWrite is big in the education sector according to their literature, a market where git-‘er-done without unduly stressing taxpayers is a priority. Whatever. These headphones are a fantastic value.

In August 2022, ThinkWrite sent me an updated version of Ultra Durable Pros. They’re a considerable sonic improvement, more comfortable, and the cable is less microphonic. An even more fantastic value.