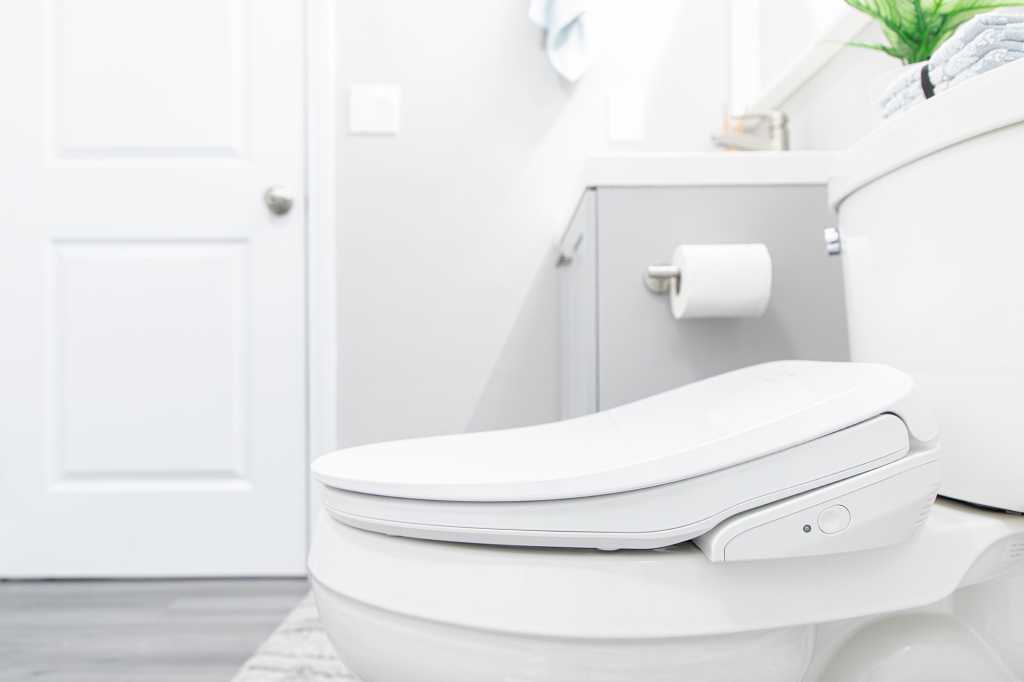 I’m not a godly man, but a couple months of using the Fluidmaster Soft Spa 9500 electronic bidet toilet seat has given me a whole new appreciation for the proverb “cleanliness is next to godliness.”

Despite the name, this isn’t one of those weird, padded toilet seats from the 1970s. The Soft Spa 9500 is fabricated from rigid plastic, as most toilet seats are. The second word in its name—spa—gives you a better indicator of what it is: A bidet. Bidets are designed to bathe your perineal area and genitals after you use the toilet. As such, they could be considered a mini shower.

A true bidet is an entirely discrete bathroom fixture installed next to your toilet, so installing one will be a very expensive remodeling project involving a carpenter and plumber. A bidet seat like the Soft Spa, on the other hand, replaces the seat that’s already on your toilet, and installing one is an easy DIY project requiring just an adjustable wrench and a screwdriver. Well, there is one exception that I’ll get to in a bit.

Connecting the Soft Spa 9500 to your toilet is only a little more complicated than installing a conventional seat, but you’ll want to know Fluidmaster only offers this product in an elongated form factor. Fluidmaster says you can use it on a round bowl, but it will protrude over the edge, as you can see in the illustration, below.

Like a conventional bidet, the Soft Spa does its thing with water. Fluidmaster provides a detailed, full-color manual; water supply lines and adapters; and a T-fitting for this purpose. The bidet uses the same water you shower and wash your hands with, not the water from the toilet’s tank.

After you close the angle stop that supplies water to the toilet, you’ll disconnect the supply line from that valve and from the tank. You’ll attach one end of the T-fitting to the pipe emerging from the bottom of the toilet tank and then connect one end of the supplied 16-inch water line to the angle stop and the other end to the opposite side of the T. One end of the provided 20-inch supply line connects to the side of the T and the other end goes to the fitting on the bidet seat. The entire part of the installation took about 15 minutes.

How the Soft Spa 9500 operates

You operate the Soft Spa 9500 with a wireless remote control, which I’ll cover in detail later. The bidet has an extendable wand with one nozzle for a front wash and a second nozzle for a rear wash (these are separate operations). Aside from this wand’s self-cleaning operation, which sprays water down into the bowl, the bidet won’t operate unless someone is sitting on the toilet (there’s a sensor embedded in the seat). This prevents the bidet from spraying water out of the bowl when no one is seated.

It would be startling to spray your nether regions with cold water, so the Soft Spa has an integrated water heater. The seat itself is heated as well. A ventilation fan turns on when you sit down, drawing the air in the bowl through an activated carbon filter to deodorize it. After the wand does its thing, a separate fan blows warm air over your bum to dry it. You can also turn on a night light that shines down into the bowl to make the toilet easy to find in the dark (a sensor turns the night light off during the day and when you turn on the bathroom light).

Heating, ventilation, and lighting all require electricity, of course, so this is where your installation might turn into something more than a DIY job. The cord is only 4 feet long, so I used an extension cord to reach the outlet on the wall near my sink—for a while anyway. Not only was that an unsightly solution, the Soft Spa is rated to draw up to 1,250 watts of power. That means it really should be on a dedicated circuit.

Running the bidet and something like a hair dryer at the same time would likely trip the GFCI outlet that both were plugged into. So, I bit the bullet and hired an electrician to install a new GFCI outlet on its own circuit in the wall next to the toilet. The Soft Spa comes with a GFCI plug, but I had the electrician install a GFCI outlet anyway. After using the Soft Spa 9500 for a couple of months, my wife and I can’t imagine being without a bidet—if not this one, one from another manufacturer. I also plan to review competing products down the road, so the expense is worthwhile.

You can push a button on the bidet seat itself to initiate a rear wash: 15 seconds at a fixed position, 60 seconds of oscillating cleaning, another 30 seconds at a fixed position, and then two minutes of drying. Pushing this button a second time ends the cycle. This button is duplicated on the remote control, along with a host of others. Fluidmaster provides a wall-mountable holster so you can store the remote in a handy location.

Words and symbols on the remote clearly indicate the purpose of each button. My sole complaint here is that the remote’s buttons aren’t backlit, so they’re difficult to see in the dark. Fluidmaster recommends the Gentle cycle for children, the elderly, or anyone else with sensitive skin. In this mode, water temperature and water pressure are reduced to their lowest levels. During any cleaning session, you can push buttons to position the wand, adjust the water temperature (five levels, ranging from 86 degrees Fahrenheit to 100 F), and adjust the water pressure (also five levels, although specific pressure aren’t mentioned). You can also program the seat temperature (from off to the same five levels as the water temperature) and the air temperature for drying (from off to three levels of warm: 77-, 88-, or 102 F). Those settings are retained for future cleaning sessions unless you change them again.

I’ve avoided puns in this review, intentional or otherwise, so I’m not labeling this section “the bottom line.” I will say that using the Fluidmaster Soft Spa 9500 has been a revelation. I’d never used a bidet before this, and now I don’t want to be without one. This is an excellent product: easy to install, fabulous to use, and affordably priced. I highly recommend it with one caveat: I don’t think I’d want to install it on a round toilet.