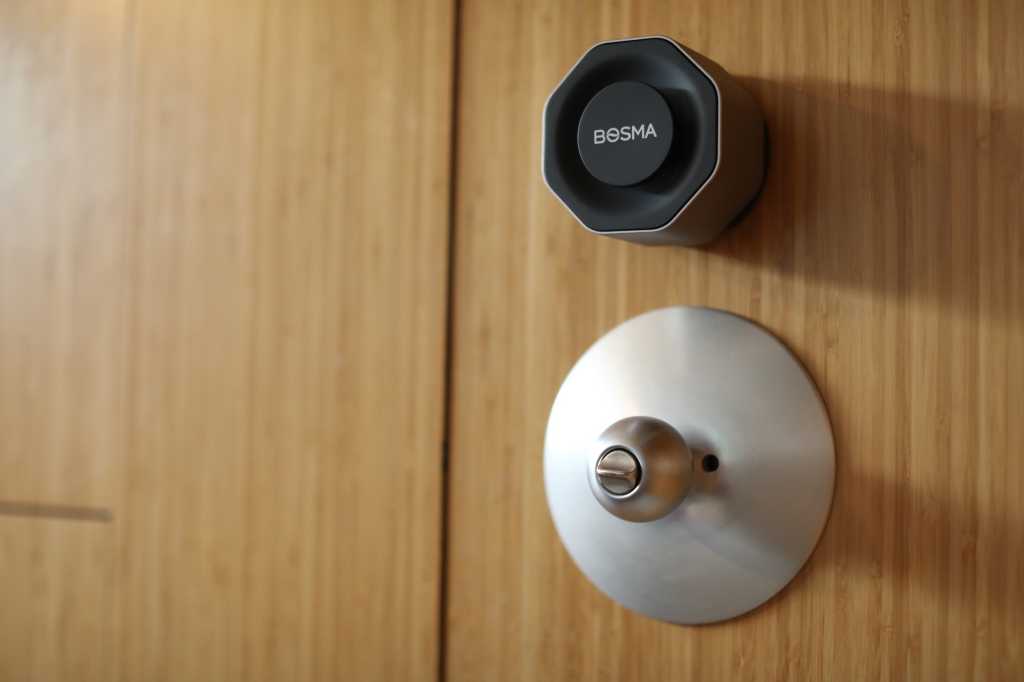 This oversize clone of the August Pro works just as well, and costs a fraction of the price.

A smart lock that got its start via an Indiegogo campaign that raised nearly $270,000, the new Bosma Aegis takes a page from the original August playbook, offering a retrofit design that replaces only the internal escutcheon of your deadbolt. It also works entirely as a turnable deadbolt instead of offering a traditional thumbturn knob. Indeed, the two units have so much in common, I have to presume August’s lawyers are looking into the situation already.

If you’re not familiar with August’s lock, here’s the gist of how the Bosma Aegis works. The general idea with most retrofit locks is that you get to keep the exterior of your door as well as the latch assembly. To install the Aegis, you simply unscrew the two bolts that hold the two existing escutcheons together, then replace the interior side with a small base plate. Similar to how to August’s cleverly designed base plate works, the Aegis’s base plate allows the screw holes to be moved wherever you need them.

With the base plate installed, the only other real thinking that needs to be done is the selection of an adapter for your old lock’s tailpiece; this adapter connects the tailpiece to the interior escutcheon, allowing the deadbolt to turn. (Four adapters are included, which is par for retrofit locks.) After piecing these elements together, two wings on the side of the Aegis swing down and grip the base plate, locking the mechanism up tightly. (Again, this is exactly how the August system works.) Four AA batteries are installed beneath a magnetic cover, after which you’re ready to start setting things up in the Bosma app.

The most notable difference in hardware is that the Aegis is larger in size (3.5 inches across) than the August Wi-Fi (2.8 inches) and August Pro (3.4 inches). It’s also thick at 2.5 inches deep, with an octagonal rather than round design. The Aegis is a little awkward to grip and twist, but unless you have tiny hands, you’ll probably adapt to it well enough. The alternative is to simply push on the face of the lock, which works as a pressable button that locks and unlocks the door.

The Aegis pairs quickly with the Bosma app via a Bluetooth connection, but note that if you want to connect the unit to Wi-Fi (2.4GHz only), you’ll need to set up the included Bosma Gateway, a simple plug-in bridge that must be permanently situated somewhere between your door and your router. 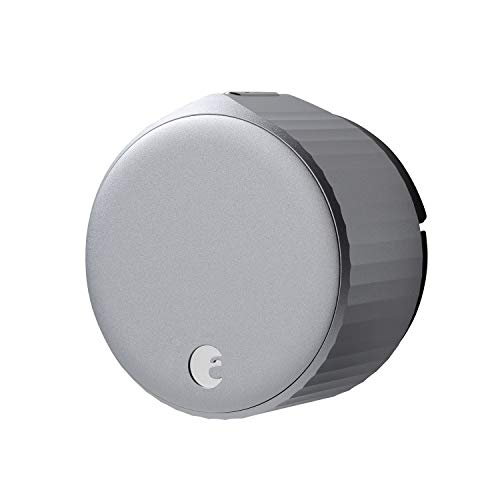 While many competing smart locks (including the August Wi-Fi) are lately ditching a separate bridge in favor of onboard, battery-powered Wi-Fi that reduces the number of potential failure points, Bosma’s system actually works well. I had no issues setting up either the lock or the bridge, and seldom did I experience any disconnects or communication lags. For a product that’s barely out of beta, that’s saying something.

Using the lock is quite simple, which is often the case with retrofit locks that don’t require a numeric keypad or fingerprint scanner as a means of opening the deadbolt. (You can, however, get both via an optional, $30 add-on peripheral.)

Those who need long-term access to the door can install the mobile app or simply use a traditional key. You can also share a (complex) 8-character access code that a visitor can enter via a custom URL, allowing them to enter without the app or a key. These codes can be time-restricted, but one-time use codes are not available.

The Bosma app can be used to set up an auto-lock and/or geofenced auto-unlock system. Again, both worked well in my testing, though the auto-lock system is a bit quirky. Turning it on means the lock engages immediately when the door is closed; a positional sensor tells the door if it’s open or not. In other words, you can’t set a delay for the door to lock after opening and then closing it. This is a problem if you step outside for a second to grab a package and the door closes behind you, or you simply forget about the auto-lock. On the other hand, you can set a delay to re-lock the door if it is unlocked but never opened, which is a strange feature. It all works as advertised, but the delay should really be configured to work regardless of whether you’ve opened the door or not, in order to prevent accidental lockouts.

Additional features include an optional chime that plays each time the lock is opened or closed, as well as a lengthy activity history of comings and goings. The only feature that didn’t work well for me was the so-called break-in detection feature, which occasionally erupted with a quiet alarm if I locked and unlocked the door too quickly. There’s a section in the app to manage this feature, but it would never load for me during my testing.

Aside from the occasional app hang and minor trouble getting firmware updates for both the lock and the gateway to get going, I’m happy to report that the $120 Aegis installs easily, works well, and offers an incredible value, particular when it’s on sale (as recently as last month, it was selling on Amazon for just $82). So while it may not be the most handsome smart lock on the market, the Bosma Aegis is hard not to love given the price.