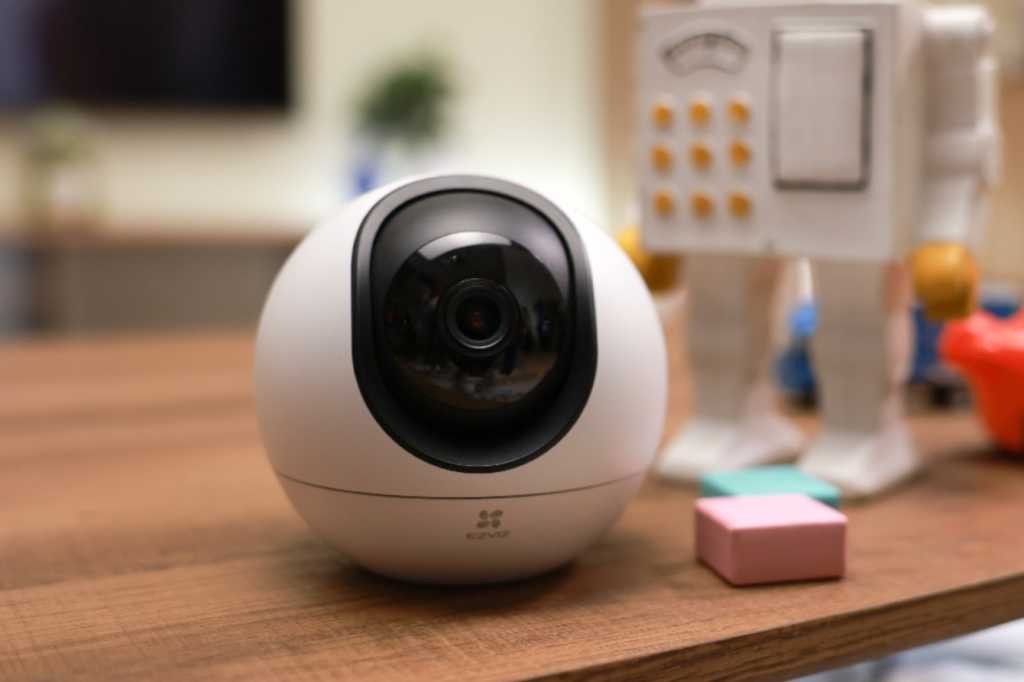 Image: EZVIZ
At a glance

This incremental update to the EZVIZ C6W works well and adds 5GHz W-Fi support, but it doesn’t really raise the bar compared to its less expensive predecessor.

The EZVIZ C6 is, by and large, a quality play: Its 2K (2560 x 1440) resolution offers exceptional clarity, particularly for a pan-tilt-zoom camera. Most of the other features in the mix are familiar to the existing EZVIZ line, including solid motion detection, infrared night vision, and the option to record to either an onboard microSD card or the cloud.

Before we get into the details, note that the EZVIZ C6 comes in two varieties, both of which may be billed (at least on Amazon) as the “EZVIZ 4MP.” The EZVIZ C6, reviewed here, has an entirely white housing. The older EZVIZ C6W, which is $40 cheaper, has a two-tone, black-and-white design. The C6W also lacks a few of the C6’s features, including support for 5GHz Wi-Fi, which offers greater wireless bandwidth at the expense of range. Other than the C6’s dual-band Wi-Fi support and the design tweaks, you may be hard-pressed to find any substantial differences between the two cameras.

As with the C6W, the wired C6 is designed for indoor use only. The cam comes included with a lengthy USB cable and AC adapter, along with mounting hardware that allows for installation on a ceiling. The camera can pan through 360 degrees horizontally and 75 degrees vertically, but it can’t tilt beyond the horizontal plane. That means you won’t be able to pan downward if you have the unit sitting upright on a bookshelf, so be sure to plan placement accordingly.

Setup is quick and painless, requiring you to scan a QR code on the unit before walking you through the steps of porting the camera over to your Wi-Fi network–again, either on the 2.4GHz or 5GHz bands.

After reviewing multiple EZVIZ products, I’m quite familiar with the EZVIZ app, and I found it simple to manually control the PTZ features, record clips on demand, use the two-way audio feature, and play back recordings the camera had made. There’s a mild learning curve here, but the app feels better than most at this point.

If there’s a fault with the camera, it’s that PTZ control is too slow. More often than not, I’d try to rotate the camera a few degrees, then after nothing happened for a few seconds, try it again, only for the camera to eventually respond to both requests, overshooting the point I was trying to focus on. The camera features an automatic tracking feature that will follow a person in the frame, but only a human-shaped figure; it doesn’t auto-track other types of motion, including pets. This feature also only works at the highest resolution setting. 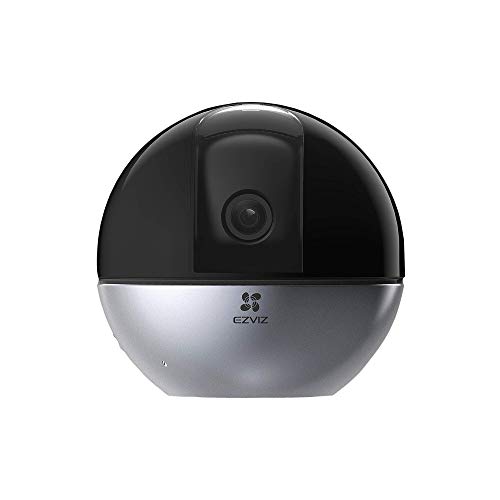 By and large, I found the camera to work well, though it sometimes recorded video when no motion was evident. Still, better to record nothing than to miss something important. Motion sensitivity and detection zone settings are available, but you’ll only find them in the general “image change detection” mode.

One feature that was MIA on the camera was a promised Starlight color night-vision system. The unit has a solid black-and-white infrared mode, but I found no Starlight options, and the unit never recorded any after-hours color video during a week of testing. On the other hand, images captured during the day were crisp, bright, and accurate, with smooth motion throughout.

When it comes to storing video, the unit falls in line with other EZVIZ products, including the ability to record directly to an onboard microSD card or to the cloud. EZVIZ’s CloudPlay service offers single-camera pricing of seven days of clip storage for $6 per month or $60 a year, while a 30-day video history will run you $11 per month/$110 per year. A three-day plan for $40/year is also available. With multiple cameras (up to four), the rates for seven days of clip storage are $9 per month/$90 per year or 30 days of storage for $16 per month/$160 per year. A seven-day trial is included with the device.

The C6’s value proposition remains tricky, however. At $130, the C6 offers just a bare minimum of new features–namely 5GHz Wi-Fi support–compared to the older, more affordable C6W. It even comes with the same resolution and most of the same motion detection features. Though it’s arguably a bit more attractive than its two-tone predecessor, that alone doesn’t merit the $40 surcharge.